Leo said:
he's a life-long germaphobe, has never liked to shake hands and doesn't really interact like most people. certain never see him kissing babies on the campaign trial or give high-fives to people in the front row at rallies.
Click to expand...

He's a germophobe but an irrational one. Famed among whores throughout NYC for his hatred of condoms. Wouldn't surprise me in the least if the syphilis rumours are true.

Syphilis and an infatuation with his own daughter? Is he America's James Joyce?

version said:
Syphilis and an infatuation with his own daughter? Is he America's James Joyce?
Click to expand...

Well 'covfefe' has a certain Joycean quality to it. Although the germphobia presumably rules out a poo fetish.
L

also, hope hicks has the corona, and spent many hours the past week in close proximity to trump. I never wish people to get sick, expect in this one case.
Click to expand...

next prediction: biden was infected at the debate, tests positive later this week, quickly becomes incapacitated and goes on a respirator, just as trump is recovering and resumes campaigning. the public doesn't think Biden's prospects are good and is too unsure about a President Harris, so it's four more years of trump/pence.

"The Fly" is trending on Twitter because a fly landed on Mike Pence's head during the debate. 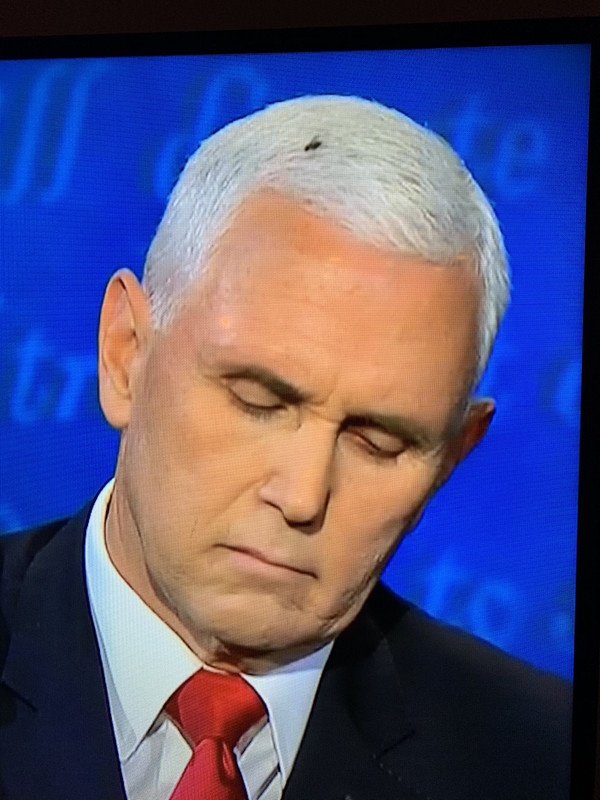 Official Webstore of Biden for President 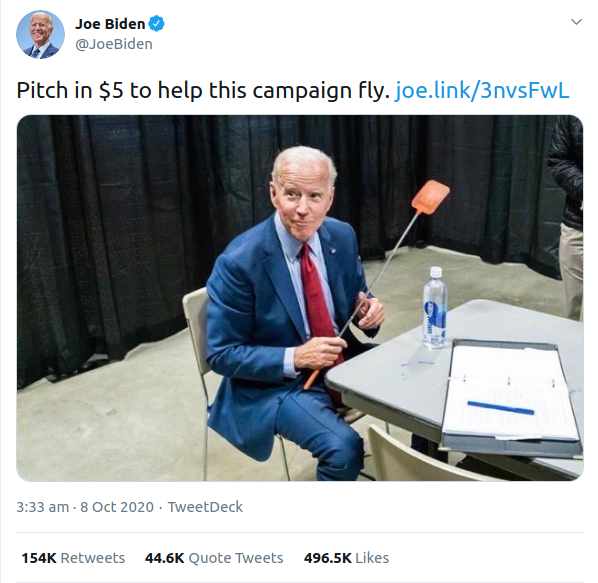 the man who pretended not to notice

"We saw a weird moment where a fly landed on Pence’s snow-white hair—and the vice president did not react at all. No doubt, it’s a conundrum, what to do in such a situation. If Pence shooed the fly and the fly refused to shoo, that would be bad. So he did nothing.

And that doing nothing somehow in one powerful visual moment concentrated everything. It symbolized the whole Pence vice presidency, the determined, willful refusal to acknowledge the most blaring and glaring negative realities. Through all of the scandals and the crimes and the disasters of the past four years, Mike Pence was the man who pretended not to notice. And now there was a fly on his head, and he pretended not to notice that too."
Click to expand...

I think it would be quite funny if the campaign that is based on the most childish of insults and stupid tactics was actually sunk by something as minor as this.

the fly isn't going to sink them, but it did overshadow the substance of what he said in today's news cycle, so it's not a plus.

pence spent the night talking about a president and GOP from another era, like he's making believe the reality of the last four years didn't happen. 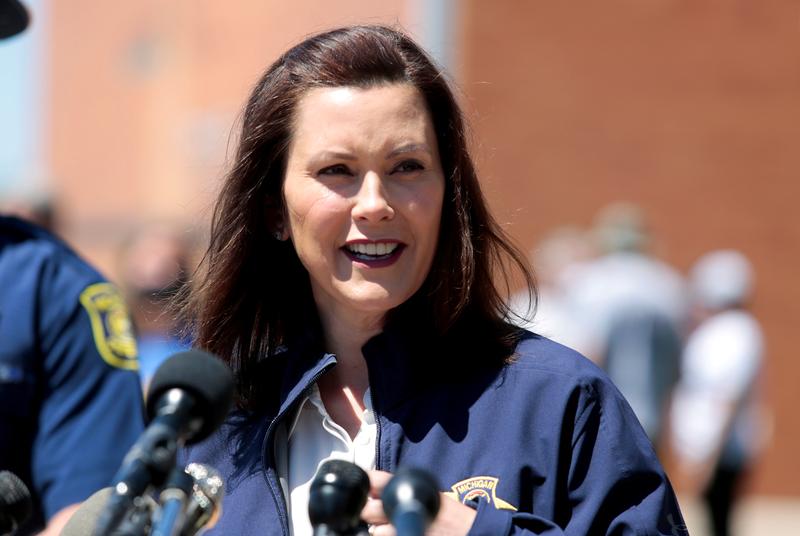 Thirteen people, including seven men associated with the Wolverine Watchmen militia group, have been arrested in alleged plots to kidnap the Michigan governor and attack the state capitol building, prosecutors said on Thursday.

crazy shit, this is what happens when a president fans the flames.

in other important news, even Rand Paul shared his take...

Is that his idea of a joke?
L