luka said:
This is the crux the whole thing, I think. This is still the only place where we can get real results. And it's still fraught with indissoluble contradictions. What is the perfect encounter?

We know that the face an object shows to us changes with each encounter. We know that sometimes we seem to see more, and sometimes less, sometimes with clarity and vigour, sometimes dimly and indistinctly. Sometimes the figure stands out bold and vivid from its ground, at other times it fades into it.

So that even if we reject the idea of the perfect encounter we at least have a scale implicit in this, degrees of clarity and strength. That we may be more or less equal to the encounter. The doors of perception more or less cleansed or cloudy.

And also we have some sense of this emotion transmitted being either genuine or false, the true coin or the forgery. Some sense of it being worthy of us or beneath us, something we willingly share or something we are bound to reject, or that we feel cheapened and soiled by.

We have also an axis which runs from the mundane to the sacred and again, separate encounters with the same object can fall anywhere on this scale. Being now numinous, now banal.

And we have some implicit sense of how all this might be coloured by our own moods and prejudices, fears and desires, what we might project onto it or filter the perception of it through.

There's a phrase in Northrop Frye's book on Blake, Fearful Symmetry, that reads, 'perception is self-development'. I think that's right. I think we can learn from Blake here. And from all sorts of other people, particularly those concerned with perception and relationship. From Martin Buber and his notion of I and Thou, and from the whole psychoanalytic and psychotherapeutic tradition and the various ways they have tried to facilitate a kind of perception which is free, as free as possible, from the kind of delusions and pitfalls and failures we have described. Even from notions which perhaps seem messianic, like Carl Rogers demanding unconditional love towards the client. Can we adopt that attitude towards what is before us?

To not interrupt the stimulus before it reaches the heart, to avoid rushing to name it, categorise and define it. Keeping that openness and suspension of judgement as a way to let it work upon you and unfold in its own time-span and time-pulse. To see more of something is always to see it better, to see it in its full magical dimension, as a thing which exists, a part of the fabric of the universe, to see the full extent of its implications and the forces and modes of being it partakes of.

There's a kind of valve, an aperture which can dilate and close, as faith expands and doubt contracts, which governs the immediacy and intensity of the encounter. To what degree we allow it to touch us. What is demanded of us is attention, not a critical, guarded attention but a surrender. This is gestalt's contact boundary, Reich's armouring, any conceptualisation of closing down and opening up.

This work is what the 'listen to this thread' was for but as soon as trust is broken it falls apart which is where the Carl Rogers comes in, where the necessity for an attitude of good will becomes vital. It's very tricky and any impatience or irritation or suspicion of motives makes it impossible. Mostly we fail. Mostly we are inadequate to the encounter, not equal to it. Personalities intrude and position coarsen and harden.

We don't read what people write, we alight on this or that word and fill in the blanks ourselves. We hear assumed intentions and not what is actually said. We don't wait for the stimulus to reach us, we preempt it before it reaches its target define it and calcify it.

And the rock all this founders on, or at least what makes this problematic, is what is discussed in prior posts, how does this relate to an encounter with what we hate, or what we consider second rate, or fraudulent, or pernicious? What happens when we recoil, or sneer or snarl. How do we marry this ideal with our desire to value and to judge, to rank and order and condemn? We don't want to become pious and we don't want to only see 'the good in everything.' We have to be able to see what is rotten too.

I'm not sure how that works yet but I am sure that the old model of music criticism, of liking and disliking and the attempt to impose our own subjectivity on the world at large, has been exploded, is completely defunct and good riddance.

"What'" it will be Question'd, "When the Sun rises, do you not see a round disc of fire somewhat like a Guinea?" O no, no, I see an Innumerable company of the Heavenly host crying, "Holy, Holy, Holy is the Lord God Almighty."
Click to expand...

What this translates as is 'reinforce my prejudices. Confirm me in thinking this (whatever it is) is a load of rubbish. Multiply examples for me to dismiss.' We had a thread, listen to this, I think it was called, that was designed to break down this habitual bad faith but it quickly...
dissensus.com

It occurred to me that what I'm experiencing can be considered a becoming-machine, a sort of coevolutionary mimicry with the computer, and that this experience is being macrocosmically represented by technologically-affected aspects of our culture. That is, a collective becoming-machine.

This thought was prompted by seeing some acronym used, in this case "imo". Made me think we are inching toward a more machine-like manner of operating, communicating. Our experiential feedback from our technical devices is looped back into our toolbox.

And this sort of movement can psychologically be considered as a sort of tension, a sort of forcing-still of our volatile minds as well as a being forced-still. How could this sensation be voiced? "I must become more efficient."

Staff member
I must become more efficient is definitely the panic-driven compulsion of today. You can see it in those funny videos that get posted here from time to time. Wake up 4 am from bed of nails drink green smoothie meditate recite affirmations etc etc etc videos which are uniquely anxiety producing in themselves even if you reject the whole thing it still represents an upping of ante. This is what's expected of me? 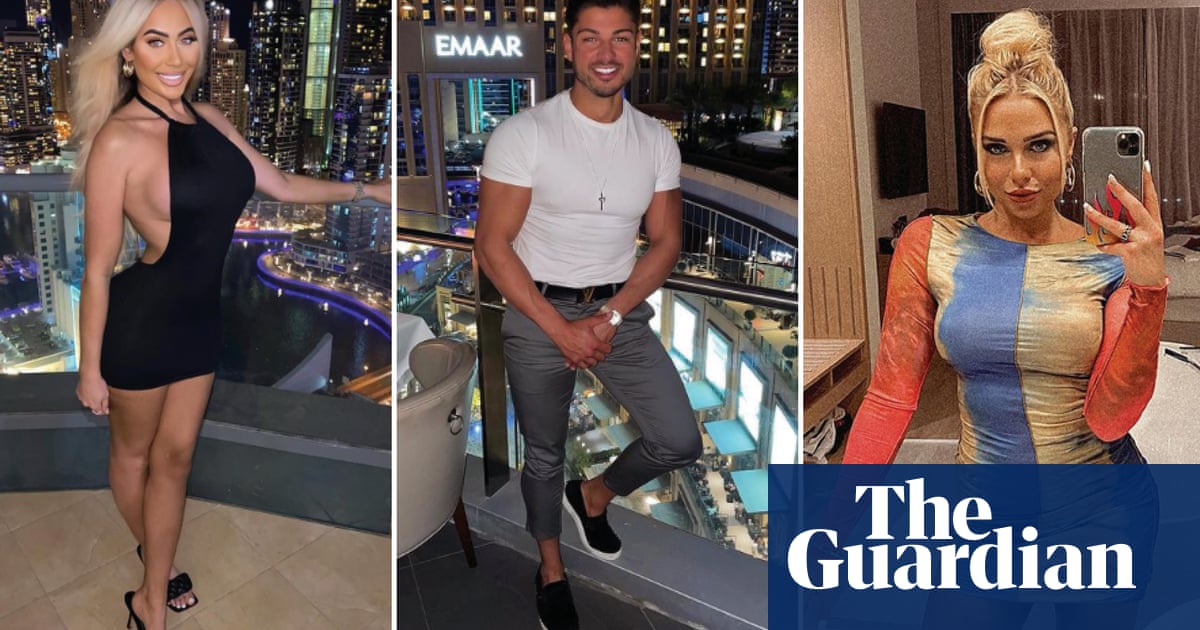 Stung by scepticism over ‘luxury business trips’ in a pandemic, influencers in Dubai are touting their ‘hard graft’

luka said:
Obviously the thing to do is reject it and denounce it and destroy anyone that feeds it
Click to expand...

The problem, to make the obvious point, with seeing everything as a technical problem is that although you can subordinate yourself to a logic of every increasing efficiency you never answer the question of efficient to what end. And that requires some act of affirmation and conscious valuation.

Staff member
If you don't do that you end up just reproducing the ideology of the age, unconsciously and uncritically.

Staff member
Generally the teaching machine gives negative and positive reinforcement to guide behaviour, both at the level of the body and the social but to what extent can you trust it

luka said:
The photos illustrating this article are a good example of that dynamic feeding into people's personal appearance

Stung by scepticism over ‘luxury business trips’ in a pandemic, influencers in Dubai are touting their ‘hard graft’

Meanwhile, The Only Way Is Essex star James Lock posted at least two images of his laptop, with unspecified graphs on screen, in his stories. On Wednesday morning he told his followers he and his girlfriend, Yazmin Oukhellou, were “working away, despite what you may think, we are still grafting”. He posted a video of himself sunbathing, with a drink but no laptop, an hour later.
You must log in or register to reply here.
Share:
Facebook Twitter Reddit Pinterest Tumblr WhatsApp Email Share Link
Top