Was This Song Good & Important?

Staff member
or was it stupid and annoying? you decide.

Initial reaction, stupid and annoying. But I am willing to be persuaded otherwise.

Staff member
i think it represented a full realisation of something that was already in the water. he captured it. got it down. it is sort of stupid and annpying but that was partly the point i guess.

It's unlistenable, has me scrambling for the off button within seconds of the drop

Sounds like afx twin in his most annoying pisstake mode remixing daft punk or something, just terrible

But what do you really think, Hands?

Staff member
come out in 2011. around the same time araabmuzik was getting known. 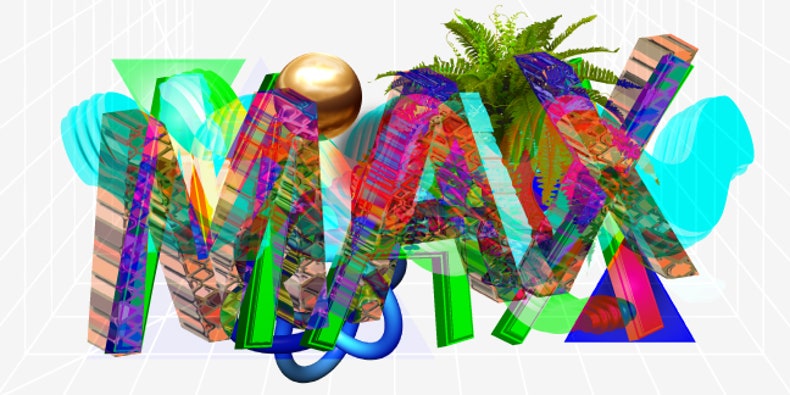 Staff member
"Compared with the analog hardware that underpinned early house and techno, the digital software used by the vast majority of dance producers today has an inherent tendency towards maximalism. In an article for Loops, Matthew Ingram (who records as Woebot) wrote about how digital audio workstations like Ableton Live and FL Studio encourage "interminable layering" and how the graphic interface insidiously inculcates a view of music as "a giant sandwich of vertically arranged elements stacked upon one another." Meanwhile, the software's scope for tweaking the parameters of any given sonic event opens up a potential "bad infinity" abyss of fiddly fine-tuning. When digital software meshes with the minimalist aesthetic you get what Ingram calls "audio trickle": a finicky focus on sound-design, intricate fluctuations in rhythm, and other minutiae that will be awfully familiar to anyone who has followed mnml or post-dubstep during the last decade. But now that same digital technology is getting deployed to opposite purposes: rococo-florid riffs, eruptions of digitally-enhanced virtuosity, skyscraping solos, and other "maxutiae," all daubed from a palette of fluorescent primary colors. Audio trickle has given way to audio torrent-- the frothing extravagance of fountain gardens in the Versailles style."

Staff member
"Another effect of this post-historical electronic overload is a super-intensified sense of artificiality and plastic-ness. Glass Swords' sound-world is utterly denatured. Sometimes it recalls the "superflat" aesthetic of Takashi Murakami: fine art inspired by anime, manga, and other forms of Japanese pop culture, often with overtones of sexual fetishism and grotesquerie. Hence "Inside Picachu's Cunt", the title of a track Rustie contributed to a Warp compilation. At other times the glistening, globular textures of Glass Swords recall Airbrush Art, that 70s Los Angeles school of lip gloss pin-ups and palm trees kitsch, and its 21st century successor, hyperrealism, which uses digital technology to create images more crisply high-definition than the naked human eye can perceive by itself."

Not such a big fan of that one as this one

It reminds me of that.

Also the way 'After Light' uses those garagey cut up vocals - reminds me of 'Where are you now'.

Not sure now if this was drawing on EDM and PC Music or influenced it.

Staff member
"there's no doubt that something about Glass Swords and its ilk that seems to speak to our current moment. The super-sharp sheen and crisp separation, the compressed-and-EQ'd in-your-faceness of the sound parallel the endless upgrades in audio-video entertainment, from high-definition flatscreen TV to CGI-saturated movies and 3D cinema to the ever-more real-seeming unreality of games."

good reynolds piece this. he pretty much covers everything.

Staff member
you can prefer after light as a song but its not nearly as good at exemplifying the trend. im a bit unclear on the timelines too. reynolds thing is saying skrillex was already a big name.
T

Benny B said:
It's unlistenable, has me scrambling for the off button within seconds of the drop
Click to expand...

Quite often during hardcore continuum discourse there'll be an invocation of "the feminine"--as a depleted or suppressed quality in the music, and sometimes in the discourse about the music too. This deplorable deficit will prompt calls for an irrigation of fluidity to counteract the encroaching inflexibility, whether it's a stiffness and riffness afflicting a particular nuum genre, or the "ossification " [fnote1] syndrome caused by excessively rigorous theorizing.

Now the person invoking "the feminine" in these debates (if they're well-read they might even mention Helene Cixous's ecriture feminine) is always male, and not the least bit hesitant about recruiting "the feminine" to support their argument (generally aimed against some other male, an old fashioned iron fist wrapped in the velvet glove of quasi-feminism). Compare that with the way that few people nowadays would be sufficiently unaware to do a similar rhetorical move using "blackness": over time it has sunk in that few things are more undignified than two white guys squabbling over whose has the better understanding of/ relationship with musical "blackness." (I speak, wincing, as someone who has in the past been one of those two white guys). Despite this it's still permissible to do the inverse racism move and complain about an excess of "whiteness" in the music. Indeed nuum-discourse participants do this quite regularly, railing about particular subgenres that have gotten too "whiteboy" , which usually means too rocky/riffy, which in turn means too masculine/phallic. Taking us right back to all those invocations of "the feminine".

Now I did actually feel slightly self-conscious about invoking the Mighty Yin during my Liverpool talk--the passage on hypersoul/diva vocal science/"feminine pressure". As the paragraphs approached it suddenly felt awkward to be talking about this stuff in a room that contained a fair number of women: what would they think? But I ploughed ahead--had no choice, since those points were central to my argument, and furthermore were (as far as these things can be gauged) "true". There is a diva-fabulous, "feminine presha" undercurrent running through the nuum that every so often totally swamps the music (2step being the supreme example).

But in terms of my becoming intrigued by gender-coded discourse games [fnote2], the seeds of this essay go back a couple of months, when my interest in Caspa was sparked, having been startled by the vilification of the man and his music. All that incredibly vivid revulsion for wobble's mid-frequency blare as the sound of "someone jizzing in my face" and "bukkakestep"! All that anxiety about dance music degenerating into rock: "rigor mortis mid range shite… punching the ceiling and moshing rather than dancing… shouty soulless gack… big chunks of riff meat".

Here's a recent deployment of this kind of rhetoric, albeit calmer in tone: Louis Pattison spotlights as Guardian single of the week "Narst"/"Love Dub" by Cooly G (an actual woman! on Hyperdub!!).

"As dubstep begins to resemble, quite literally, a boy's club -- one that pongs of a pungent mix of spliff and locker rooms -- Hyperdub, the label behind the murky, underwater two-step of Burial, ups the ante once more… 'Love Dub' and its remix are a reminder of UK bass music's capacity to sooth and seduce, all gently massaging sub-bass, breathy vocals and woozy synth that collects like warm pools of sunlight."

"There's a gender issue here, too: since the sexy vocals and pop sensibilities of garage disappeared, British club music has become dominated by bland masculinity. Guido says that is reflected on dancefloors: 'The low-end sounds carry the power, bass, and aggression, and the mids and highs carry the sexy melodies. Without the melodies, dubstep and grime clubs have lost the girls. But the girls get up and dance to our stuff'.... For too long, British dance music has been po-faced, masculine, drab...."

Stop Stop Press: in the big dubstepforum July 2009 discussion about wobble versus post-dubstep, one commenter referred to the low-frequency-oscillation riffs of wobble as "LFO rape":

"its not even the fact that the wobble is hated. Its just the LFO Rape I dont agree with.. My Defininition of LFO Rape... the process in which subject uses an LFO preset to create soul-less, machine music."

Stop Stop Stop Press: and still they come: in the second issue of Loops, Kev Kharas bigs up the in-touch-with-its-feminine-side aqua-step of Joy Orbison's "Hyph Mngo" versus the Swarzeneggerism of Coki's "Spongebob" ("a workout in thugstep cliche that womps along tediously doling out nuggies and farting the word 'generic' into air stale with dead sweat reek and 'roid fumes... pumped and solid to the extent that it leaves no room for any response other than a moody grimace and a flailing fist" followed by numerous references to the "generic thugstep" it spawned (Caspa, Rusko, etc), music "that only seems to make sense to moshing males with a heavy sadness in their loins".

Stop Stop Stop STOP press: and yet more--reviewing the Ikonika album in the Wire, Adam Harper sets up the familiar bogeyman of wobble a/k/a brostep: "at a time when what many hold to be dubstep has taken steroids and left London to conquer the world as the new Heavy Metal, rattling (almost exclusively) male students' bedrooms with its gargantuan sub-bass"
Click to expand...

I guess it makes sense as music produced during a time of (near) total digitisation. It doesn't sound remotely like anything happening in the "real" world, it doesn't sound at all "analogue". And the high-definition clarity and saturation of the sounds makes it sound as hypermodern as contemporary CGI. The "flatscreen" metaphor works cos it's alluding to a thin but dazzlingly vivid surface.