luka said:
what are the major categories of landscape, ie the backdrops and stage sets for your characters?

the grasslands the steppe the prarie https://gameofthrones.fandom.com/wiki/Dothraki_Sea

The sea. The sky. Tunnels. Caves.

luka said:
thats the kind of material deposit you draw from as a fantasy writer
Click to expand...

Pynchon said he lifted a bunch of stuff in the third chapter of V. from Baedeker's guide to Egypt,

"If [...] you believe that nothing is original, and that all writers 'borrow' from 'sources,' there still remains the question of credit lines or acknowledgements. It wasn't till Under the Rose (1959) that I could bring myself, even indirectly, to credit guidebook eponym Karl Baedeker, whose guide to Egypt for 1899 was the major 'source' for the story. [...] "Loot the Baedeker I did, all the details of a time and place I had never been to, right down to the names of the diplomatic corps." "[...] The old Baedeker trick again."

the best authors transcend them even as they use them - Gene Wolfe for example - but not many people are capable of that
Click to expand...

There was a Quietus piece on M. John Harrison which touched on this the other day,

The evolution of Harrison’s prose can be traced across the stories, the steely, mannered prose typical of the British New Wave giving way to the warmer, more supple sentences that mark his late style. The philosophical concerns become more submerged. Instead of God being towed from the dark side of the moon to preside over a motorway in the title story from 1975, in later stories you can find yourself blindsided by an offhand metaphysical aperçu that can fundamentally alter the tenor of a piece. Harrison’s chameleon-like ability to inhabit any genre also fulfils a philosophical purpose. Rather than just mere showmanship for the sake of it, it is motivated by the belief that the metaphysics of a narrative are governed by their genre, a truth Harrison has deftly revealed across his many books which have always sought to dismantle the putative genres they are written in. The plasticity of genre is akin to the plasticity of the reality we all inhabit. 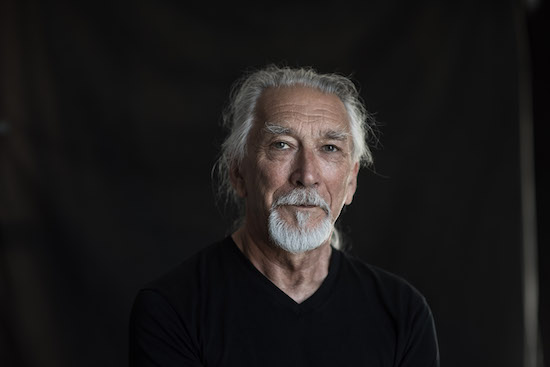 The Quietus | Features | Tome On The Range | The Metaphysics Of Narrative: M. John Harrison’s Uncanny Canon

From writing for New Worlds in the 60s to his unfair contemporary reputation as a ‘writer’s writer’, M. John Harrison has consistently pushed at the margins of literature. Calum Barnes reads the English author’s latest novel and a new career-spanning collection of short stories from Comma Press...

I was trying to remember the name of M John Harrison's series of books the other day for this thread. As in Wheel of Time, Harrison's world contains artifacts from other, presumably much more technologically advanced societies that have come and gone - but whereas in WofT (up to book 4 at least) these are not that prevalent and tend to be limited to huge mysterious statues in the middle of a desert or the odd unfeasibly tall and slender bridge - in the... (er, I think it's) Vircoinium books, the whole world does feel that it is situated in an endless tip littered with mysterious buildings, machinery and quarries, and garishly decorated with the aftermath of various industrial accidents or warfare with hideous scars in the landscape due to oil spills or improbably hot fires.
Or that's the case in some of them - not necessarily all, because Harrison likes to fuck around and so the books deliberately contradict each other with recurring characters being a hero in one and villain in the next - or sometimes someone just completely different with the same name, or vice versa. And the same is true of the geography and the topography I believe. In fact I'm sure he said in some interview that he hates world building and that he doesn't do it - which is obviously a lie from the pit, but I suppose it's this lack of consistency that he believes allows him to make this claim.
Some people will that infuriating I'd imagine - personally I found the idea interesting an interesting one but at the same time it rather undercut any thoughts of an overall joined up story and limited the depth. He is a fantastic prose writer when he wants to be although that was not so prevalent here as with the books I've read that seem to take place in our world. In fact, as with all the stuff of his I've read I found the kind of washed out and weary style and world rather depressing ultimately, and I'm not sure what it gave me back in return.

One of the things which has intrigued me about Gene Wolfe is how layered his work apparently is. I read a New Yorker profile which mentioned a particularly interesting example,

Unlike Latro, Severian remembers everything. But this does not make him a more reliable narrator. “The fact that he remembers everything doesn’t mean he won’t color the events through his own preconceptions and preferences,” Wolfe told me. Severian is free to pick and choose what he wants the reader to know—there are times when he loses trust in his own judgment, and at one point he even admits that he might be insane. In the early part of the first novel, “The Shadow of the Torturer,” Severian is given more responsibility in the guild and finds himself in chambers he was once denied access to. In one, he sees a dusty and faded picture he describes as “an armored figure standing in a desolate landscape. It had no weapon, but held a staff bearing a strange, stiff banner.” Careful readers will realize this as a photograph of the first moon landing, but to Severian it merely evokes a deep nostalgia, as well as a desire to steal the picture and bring it outside, away from the stifling interior of the guild’s Citadel.

Moments like this have turned many of Wolfe’s fans into something like Biblical exegetes, who dig deep into his texts in the hope of finding clues not only to the plots and the characters but to Wolfe’s larger intentions. Partly what readers are excavating is Wolfe’s Catholicism, which he is quick to say figures into his writing. “What is impossible is to keep it out,” he told me. “The author cannot prevent the work being his or hers.” Flannery O’Connor, in her essay “Novelist and Believer,” cautions novelists to use religious concerns in ways that do not alienate the reader, to render encounters with the ineffable so that even those who might not understand or care for a particular metaphor—Aslan the Lion as Christ, for example—can still be moved by it. Many critics have speculated that Severian is a Christ figure: he brings the New Sun and puts an end to the cruelty of torture. But Wolfe wraps his Catholicism in strange language and cryptic images. Truth of any kind, no matter how closely you read, is hard to come by in Wolfe’s books. And yet, over time, it does seem to emerge.
Click to expand...

Gene Wolfe’s science fiction is neither operatic nor scientifically accurate; his fantasy works are not full of clanging swords and wizardly knowledge.

i'll accept the sea. the sky, maybe although has this ever been used? Against The Day does it, not that that is fantasy. Tunnels and caves.... hmmmmm.... maybe in that it's where we go during and after apocolypse. eg the 'metro' videogame series. the nuke worshipping big brain people beneath the planet of the apes.

i'll accept the sea. the sky, maybe although has this ever been used? Against The Day does it, not that that is fantasy. Tunnels and caves.... hmmmmm.... maybe in that it's where we go during and after apocolypse. eg the 'metro' videogame series. the nuke worshipping big brain people beneath the planet of the apes.
Click to expand...

In The Edge Chronicles there are people who basically live on flying pirate ships and there are underground societies which live in hives and tunnels. You've got the dwarves in LOTR living under the mountains and in the mines of Moria too.

I read something the other day about a lack of imagination in science fiction and fantasy. That some authors will come up with all sorts of strange creatures and worlds then still depict a patriarchal society, sexism etc and seem incapable of, or simply not interested in, imagining anything else.

Staff member
fantasy i think is probably inherently reactionary. sci-fi less so but its still proved a congenial home for various right wing types, libertarians in particular. theres an award for libertarian sci-fi.

en.wikipedia.org
you see it with gamers too. i dont know what it means or why it happens exactly.

Perhaps because gamers (and other nerds) tend to be more isolated than other people, with less understanding or appreciation of the collective structures that sustain their lives? Gaming can be cooperative, ofc, but it tends to be about pursuing an individual achievement, or proving one's individual skill to be superior to an opponent/opponents. Perhaps being an obsessive gamer fosters a mindset of not needing other people?

I'm saying this as an isolated nerd myself, with a very poor understanding of the collective structures that sustain our lives.

(I already know you won't like that answer, btw.)

Staff member
that answer is fine im not mad at it. what about fantasy and sci-fi generally? escapist tendencies obviously. what else?

sci-fi is full of alien invaders, emigrating to other galaxies, robot slaves

Staff member
these are good answers

Staff member
Craner is the only person here who is totally free from these tendencies. You'd never catch him reading about spacechips let alone elves and pixies. 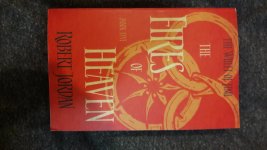