These novels had a major impact on my mind for good or ill.

But that was before the clash of civilizations started.
C

i have a similar thing for lowlife american literature ie bukowski. no-one's gonna tell me he's not one of the greatest writers of all time
C

i have gone off larry clark a little tho. and also harmony korine. but i still love alan clarke. and nan goldin. and robert bresson.
C

why are the french so out there loud and proud depraved? where does it come from?

catalog said:
I just finished chapter 11 which is the one where he details Gilles de rais' crimes and its pretty strong and shocking stuff. Not read anything like that since something like Gordon burns one about the wests, 'happy like murderers'.

Can see why this book may have caused a stir when it came out.

And at the end of all this quite brutal and gory description of what he was doing to these children, 800 they reckon at conservative estimate, comes the bit about the trees.

One of the best essays in Fanged Noumena is the one on Bataille and Gilles de Rais, imo. It's called After the Law.
C

i wanna read that main bataille book at some point, the one about the sun

craner said:
The French were the masters of avant garde filth,
Click to expand...

There's something particularly repellent about even the idea of this stuff and I still haven't worked out quite what it is about it. It turns my stomach in the same way pre-20th century medicine sometimes does, also the kind of thing you get at The York and London dungeons.

catalog said:
i wanna read that main bataille book at some point, the one about the sun
Click to expand...

The main one's Story of the Eye, isn't it? And that collected one, Visions of Excess. You're on about The Solar Anus.

Have you read de Sade? And have you watched Salo?

What did you think of them?

version said:
There's something particularly repellent about even the idea of this stuff and I still haven't worked out quite what it is about it. It turns my stomach in the same way pre-20th century medicine sometimes does, also the kind of thing you get at The York and London dungeons.
Click to expand...

You're right, it's all grotesque.

version said:
What did you think of them?
Click to expand...

version said:
The main one's Story of the Eye, isn't it? And that collected one, Visions of Excess. You're on about The Solar Anus.
Click to expand...

no i'm thinking of the accursed share i think

A philosopher as well as a professional librarian and author of intellectual pornography, Bataille was a part of a current of European thought in the postwar years which was able to turn the gaze of ethnology and structural anthropology back onto ‘advanced Western societies’ traumatised by the ravages of two world wars, and wonder whether they were not just as ‘barbaric’ and ‘irrational’ as the ‘savages’ they had spent decades refining their analyses of. Bataille is notable for taking this thought to a truly cosmic scale. In The Accursed Share—originally entitled ‘Attempt at an Economics on the Scale of the Universe’, he argued that any restricted economy structured so as to maintain stability and utility is always embedded in a general economy, one of excess and unreason, whose prime exemplar and ultimate source is the wanton energetic expenditure of the sun.

Human societies, despite their diversity, are all founded on the repression of their participation in this solar economy of excessive and purposeless expenditure. What distinguishes one society from another is the techniques and rituals it discovers to release this repression in a controlled manner, by temporarily suspending utility and the orientation toward survival, and aligning with the solar holocaust during carnivals and festive rites—one of Bataille’s examples is the Aztecs’ human sacrifices to the sun god Huitzilopochtli. Scarcity, for Bataille, has always been secondary and synthetic. He completes this social thermodynamics with the claim that even modern technological societies, which imagine themselves as efficient machines governed exclusively by utility and perseveration, don’t escape the need to expel this accursed share of excess energy. Heavily repressed, this necessary reconnection with the economy of the Sun nonetheless makes itself known through aggression, war, eroticism—and art.

Art is ‘wasted energy’. The extravagantly irrational way in which our unconscious reminds us what lies outside economic systems of accounting, rationality, sustainability and prudence. A form of shamanism, in the sense that the shaman is the figure who is both inside and outside the tribe, the invaluable interface between its internal political economy and the nightmarish holocaust of sense beyond.

On one side, then, art, as excess and wastage, salutes the inevitable thermodynamic destiny to which even the biosphere, all the flora and fauna of the Earth, human civilisation included, are but a temporary and fleeting exception. On the other, its entanglement with economic and monetary systems is a source of tension and ambivalence. To say that art is not a utility obviously goes against a generation of contemporary artists’ attempts to merge art with politics, community service, and collective therapy. The good news is that these reflections reveal another possible approach to NFTs as neither a neutral channel nor a panacea nor a moral outrage, but as a vehicle for tension—for distilling the volatile compound of regulation and expenditure that humanity is perpetually strung out on.

According to the brilliant Bataillesque image of modern humanity presented by Alan Weisman in his book The World Without Us, ‘by tapping the Carboniferous Formation and spewing it up into the sky, we’ve become a volcano that hasn’t stopped erupting since the 1700s’. The fascinating thing about the NFT form is that it aligns humans’ congenital tendency toward the senseless expenditure of energy with their most ambitious attempt yet to construct a universal regime of accounting, the ultimate restricted information economy sheltered from all possible corruption, contingency, and entropy. Blockchain is a synthetic monadology, with each block reflecting and confirming the unchanging truth, harmony, and stability of the whole, forever. And yet all it succeeds in doing is stoking the volcano.
Click to expand... 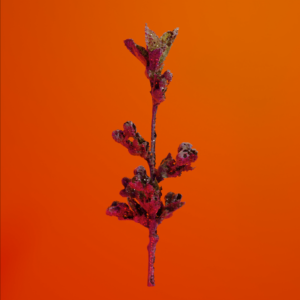 Somewhere between joining the moral outcry over the ecological footprint of NFTs, and hailing the collision of contracts and culture as an untroubled new dawn for cultural producers, it may be productive to see the technology as generating a new and instructive increase in tension between...

i really liked both salo and i LOVE witchfinder general, but i wouldn't want to watch either of them too much.

version said:
I think, for me, it's the air of sophistication coupled with the grubbiness of what's actually being done. That's why I feel it's of a piece with pre-20th century medicine and the dungeons; surgical procedure done under candlelight with rats running around, blunt, filthy tools and dirty leather and linen. I get the same feeling from Witchfinder General.
Click to expand...

Nobody reads this stuff in the way that, say, Corpsey would try to, if you know what I mean.

I have a morbid curiosity about them, but I think the moment's gone for me to actually watch or read them. I used to have a stomach for really nasty stuff, but lost it over time.

catalog said:
no i'm thinking of the accursed share i think

Somewhere between joining the moral outcry over the ecological footprint of NFTs, and hailing the collision of contracts and culture as an untroubled new dawn for cultural producers, it may be productive to see the technology as generating a new and instructive increase in tension between...