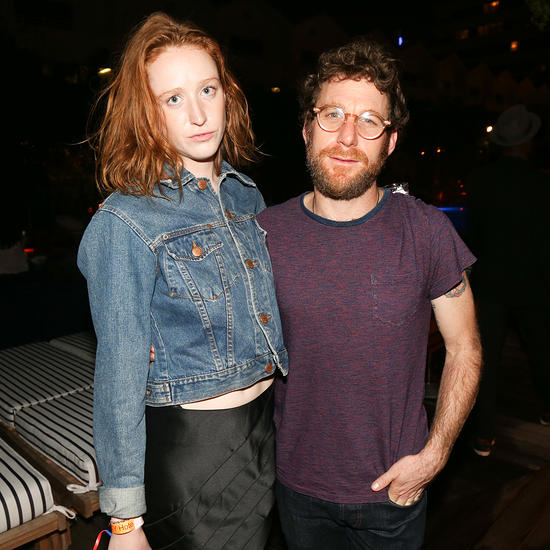 One of the ringleaders of the Artforum Mafia, a subgroup of the larger Brooklyn organization. Writer of party reports for Artforum & Vulture. Student of Chloe Sevigny & Jewish-American Princess Rhonda Liberman. Here's one of her quintessential party reports, "O Pioneers!" on astrology and the Pioneer Works gala. And another co-written with Sarah Nicole Prickett, who will be listed in this thread shortly at greater length, which features an early pic of Natasha Staag (also forthcoming).

Dry irony, insider baseball, and it-girldom. An obsession with the minutiae of fashion's semiotic codes and symbolic capital that reminds feintly me of @craner's early oughts work:

Not just because I—Barnard shiksa from the boonies—was conditioned to envy my more socially savvy Jewish American counterparts for their sunglasses (from Selima), their scarves (not Hermès, actually) knotted the way their mothers taught them, and other birthright privileges awarded young ladies of a certain socioeconomic-religious-cultural demographic, who I imagine learned about Freud from their fathers (this is just a fantasy!), am I fascinated by Rhonda Lieberman.
Click to expand...

I have this weird suspicion that writers like Kaitlin Phillips might be innovators in pop lit. All the traits are there (for a masculinized version, think rock’n’roll). An emphasis on style over content, the way and electricity with which you deliver a line, the cult of personality and aspirational quality of fandom, the quasi-total package of high-status youth, the conversion of private life into public life, image and glamour.

She's been on Red Scare Pod once to talk about her sex escapades, and also had an article of hers for The Cut, "Hooker Laureate of the Dirtbag Left" discussed: https://redscarepodcast.libsyn.com/bore-carnival-teaser

Phillips hosted a Q&A with Nesrakova at Metrograph—on Ludlow St., just around the corner from Dimes Square and Clandestino—for her film Wobble Palace, famous for Eugene Kotlyarenko's hairdo and its shots of Dasha's nipples.
Last edited: Nov 9, 2020

what's this thread about? young people in new york riding each other?

Babitz's iconic photo, playing chess with Duchamp in the nude:

shiels said:
what's this thread about? young people in new york riding each other?
Click to expand...

sex enters the picture, but let's not get reductive

if you dig into the people in any art scene closely enough most of them will be despicable, surely

And yet what's beautiful about Caveh is he doesn't care about any of that stuff, he's the least cool person ever and we love him for it.

suspendedreason said:
sex enters the picture, but let's not get reductive
Click to expand...

suspendedreason said:
And yet what's beautiful about Caveh is he doesn't care about any of that stuff, he's the least cool person ever and we love him for it.
Click to expand...

I liked the show about the show. He done anything else worth looking in to?

suspendedreason said:
Yes it's like high school never ended, there is still a clique, etc. Podcasting makes this explicit—"asymmetrical gaze." We watch them all hang out together, they determine the hip watering holes, etc
Click to expand...

Great thread. Really disgusting and intensely embaressing. Reminds me of a London newspaper called The Evening Stsndard which slavishly follows the sons and daughters of aristocrats/geriatric pop royalty/millionaire artists around to all the dreary openings and PR events and photographs them drinking champagne. Our lot are better looking than yours though. Superior breeding plus more money

There's an old thread on here on Kate Moss which had me going back through old gossip articles about the Primrose Hill set.

Sex is core to this is it not though. are these podcasters about how can we reconcile sexual dynamics in the woke sphere, how do we reconcile the fact that we still need to be cool, and how can cultural capital still operate within anti-capital poltiics, we still fancy people more than others, others are more charismatic and attractive, we cant get away from status, hierarchy, how de square this with egalitarianism

Is part of the alt-woke scumbag left drive the acknowledgment of this? that they want to still signal these principles but it conflicts with the reality of their nervous system and crotches twitching at the glamour etc, the benefits of status and exclusivity

It's 5 AM on a Thursday and Same and I are in my apartment in the East Village, high on PCP and surrounded. All of the men are nursing 40 oz. Ballantines and the girls they brought are strangers, looking around at my strange life and into my mirrored...

if i wanted to, I could amp up the pressure on the thread, I could write a bit about the west coast's "ketamine twitter" scene, but I don't think anyone would really benefit from that, the pressure once you've created a "scene" doesn't actually pay off unless you're truly an exhibitionist, unless you prefer symbolically fucking to the actuality of it

the delight of brooklyn is the knowledge that you could end up at a party with one of these people, ones who are famous for being only a little famous but not so famous that they seem unapproachable; or perhaps the third-rate account known for their tertiary relation to one of these affairs; the second delight is perhaps it doesn't happen, and you don't have to confront the horror of transforming into a spectable of mimetic desire

these people are embarrassing and insufferable, and also just the most recent wave of art scene insufferables who wash up here every couple of years. in the same way that music is good but the music industry is horribly lame and corrupt, so too art/the art scene.
Last edited: Nov 9, 2020

like meeting a pop star, the horror comes with the realization that you cannot fuck the image, because the image does not exist. perhaps you can fuck the person, but the person is not an image, and if either the image breaks or it becomes so twisted around the edges that it does itself in. the truth of any fantasy must be sordid, or else it wouldn't need to be fantasy.

beiser said:
the delight of brooklyn is the knowledge that you could end up at a party with one of these people, ones who are famous for being only a little famous but not so famous that they seem unapproachable; or perhaps the third-rate account known for their tertiary relation to one of these affairs; the second delight is perhaps it doesn't happen, and you don't have to confront the horror of transforming into a spectable of mimetic desire
Click to expand...

which probably sounds condescending but what other possible reaction is there

every art scene ever has been awash in all the who's fucking who, and they all have dishy memoirs