Interesting to revisit the book like this. What i recall liking about it is that it placed Spare in the context of art history - I know very little about pre-20th Century English art, certainly not at the level Baker draws on.

The big falling out with people is expressed in his "Anathema of Zos" - ahead of his time again, cancelling everyone before it was cool.

I think you're right to say he feel between waves but he seems to have been quite the contrarion so who knows if he'd have ever fitted in? "In-betweeness" is a key concept in his work actually - that collapse of dualities.

yeah that looks good actually, might book on. 10 months will fly by....

i'm picking up some good forgotten art refs as well. there's some good stuff to follow up on.

and he was definitely the contrarian - not quite self-sabotage but something like that. you get the feel that if he had played the game 'right' he would have seen more material success in his own lifetime, but clearly he wasn't interested.

a lot of it surely to do with the fact that when all was said and done, he was from a very poor working class background, trying to hang out amongst rich people, and at a certain point, in a very class rigid society, comes unstuck somewhat.

but it's also sort of admirable that he didn't want to compromise his vision, continued to draw his grotesque figures, saw beauty in ugliness and all that. you've got to believe it's what he wanted to a certain extent, but there's also aspects of the bio that I can relate to artists I've known, skint people ploughing their own furrow, slowly becoming more and more isolated.
C 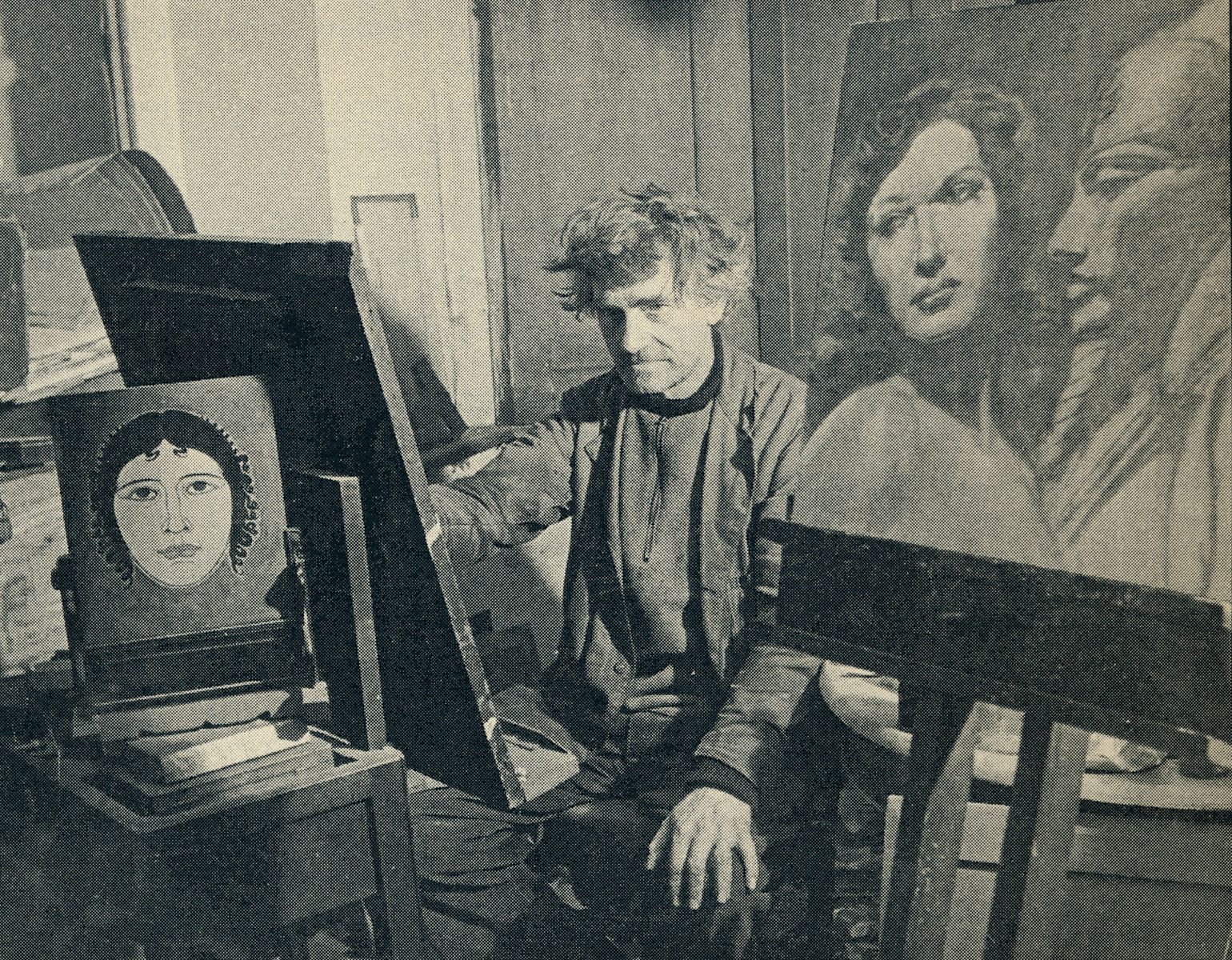 That’s part of the problem when you encounter a figure like Spare through GPO and TOPY, the filters are poor. You couldn’t really explore his actual art (which glided in later), only the remnants of mullet mania half-truths. One of the early advantages of going online were docs by the Grants turning up.

The daily mail of chatter between them all (letters leaving in the morning and arriving the same day) gives a truly human layering to events and personalities. Charming even, but you could get the sense Grant was floating his wife past as a lure at times. The liturgy to lost pubs is superbly poignant. You can taste the atmosphere in glimpses, this warren of hidey-holes and low-ceilinged boozers seeped in cigarette smoke and sloppy beers.

Tantalising allusions to 15 years spent not doing much, if memory serves. You could also see it as a WWI tale of victory within a self that may have been deeply troubled, surprised it isn’t discussed more, could be completely wrong though. The sense and flavour of the country leading up to the turn of the century and then the world of WWII landing not long after on top, those 4-5 decades, huge changes and yet some of life’s consistencies. @DannyL captures that landscape really succinctly.

It’s difficult to interpret the past of a person you can’t fully know. In ad-hoc writing, he’s always polite and gracious in his exchanges with the Grants, compounded by the scope of subjects. You could get lost in the gallery posted for weeks.
C

i'm just on that bit now, where he's met the grants and is hanging out with them. it feels to me like the wars are a big part of things. particularly the blitz where his flat gets bombed and he loses loads of work.

there's so many parts where baker pulls together eye-witness accounts and the conditions he's living in are something to read - eating off newspaper cos he's got no plates, living in a room where the rain is coming through, wearing his overcoat indoors cos there's no heating etc.

i was thinking - what if he lived in germany? there's no sense of any kind of scene in london in the 20s... he was doing very interesting stuff, but there was no audience until surrealism, and his stuff has a different slant. it's maybe the same issue wyndham lewis had. what visual art is there from london in that era? the 20s and 30s? at one point there's a mention of another apparently more famous artist, glyn philpott, who i've never heard of... it's a very realist style and there is a bit in the baker book where he talks about how Spare was very much not into anything abstract.

Seems to have been a sticking point for British art in general.

@catalog Cheers for the gallery link. After another night with about 3hours sleep, they’re completely mesmerising.
C

DannyL said:
Peter Redgrove should also go on the list, partner of Penny Slinger. They wrote a book about menstruation, The Wise Wound. I'm a huge fan of his The Black Goddess. Both of those books are v well researched, and also contain techniques for producing/exploring "occult" effects. It's come out since his death how much Redgrove's "dirt mysticism" was driven by his own fetishes. Wasn't evident to me when I read TBG but it makes one see it in a new light.
Click to expand...

Just going back over this Danny, couldn't see the Slinger and redgrove connection anywhere...

Think it was Penelope Shuttle you meant?
C

Just started it today, very good intro from Stewart Lee. He also makes the one about Ireland sound really good. Wanna get hold of that bio and also the articles she wrote about chance and automatic drawing
C

yyaldrin said:
if you'd have to make a list of artist like these. artist that play with the occult, the spiritual, and often work multidisciplinary, who would you include?

I'm just collecting all the answers to this question in one post:

catalog said:
Just going back over this Danny, couldn't see the Slinger and redgrove connection anywhere...

Think it was Penelope Shuttle you meant?
Click to expand...

Yes, it was sorry! Penny Slinger is (was?) the partner of Nick Douglas, who wrote a exploito book on Tantra.
D

Mark Titchner has done a load of stuff with sigils, inspired by Spare. Don't really rate him or his use of sigils though tbh.

Best artist I know of drawing on occult themes is Susan Hiller. Her work is amazing.

catalog said:
I'm just collecting all the answers to this question in one post: 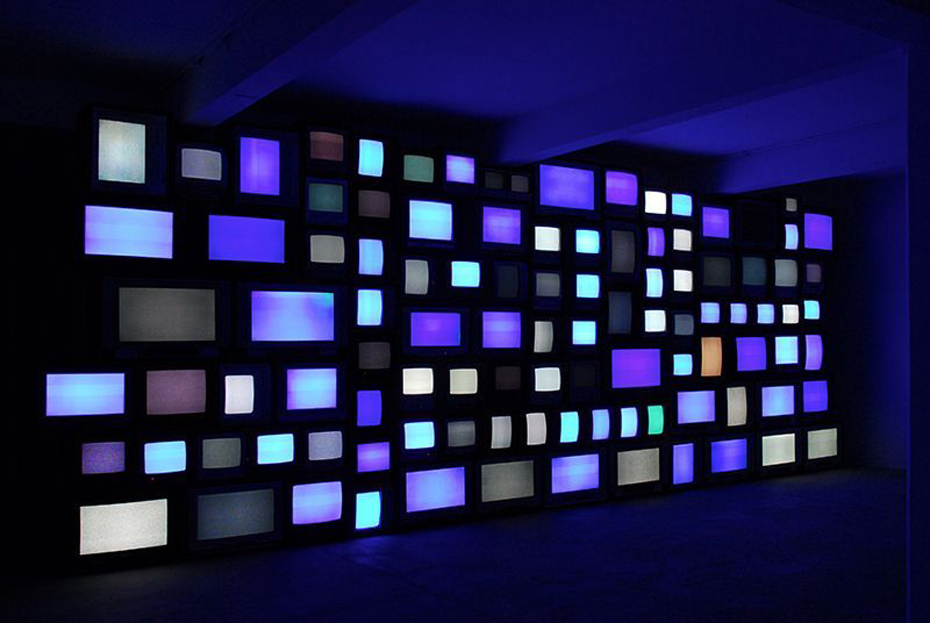 Yeah I went through the max ernst novel that penny Slinger talks about, with all the bird people. Really good, the quality of those prints is something 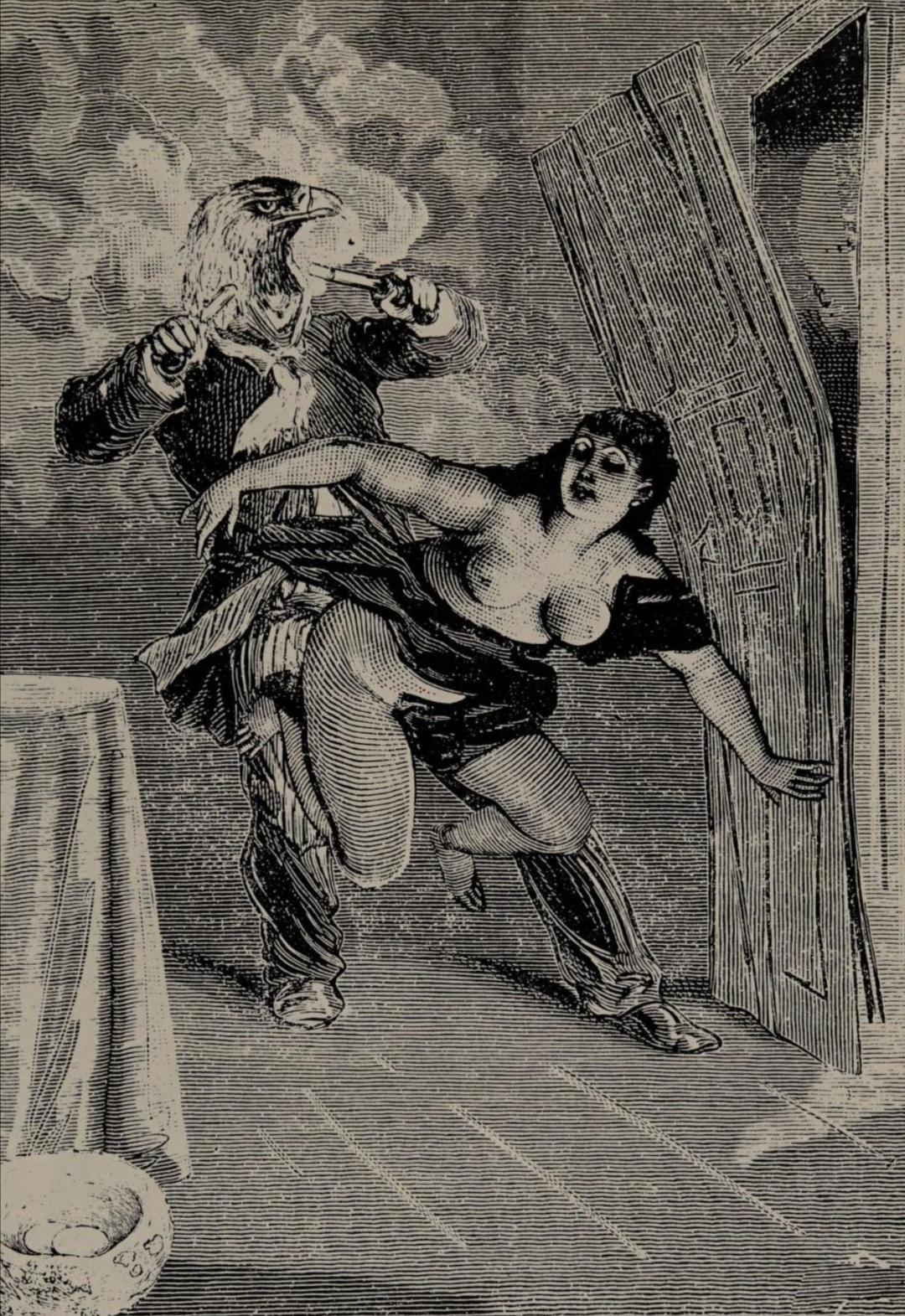 I just love how he's got all his lines correct and detailed, done his perspective right, figured out his shading and then oh yeah, let's drop the birds head in. It's that competence in the two things. Like two schools of art meeting.
C

Very striking portrait towards the end of the Baker book, of 'Lambeth Liz' aka The Mumper, a woman who Spare knew from the pubs, she used to sell matches

Found the original, now in the collection of Ossian Brown, ex Coil. 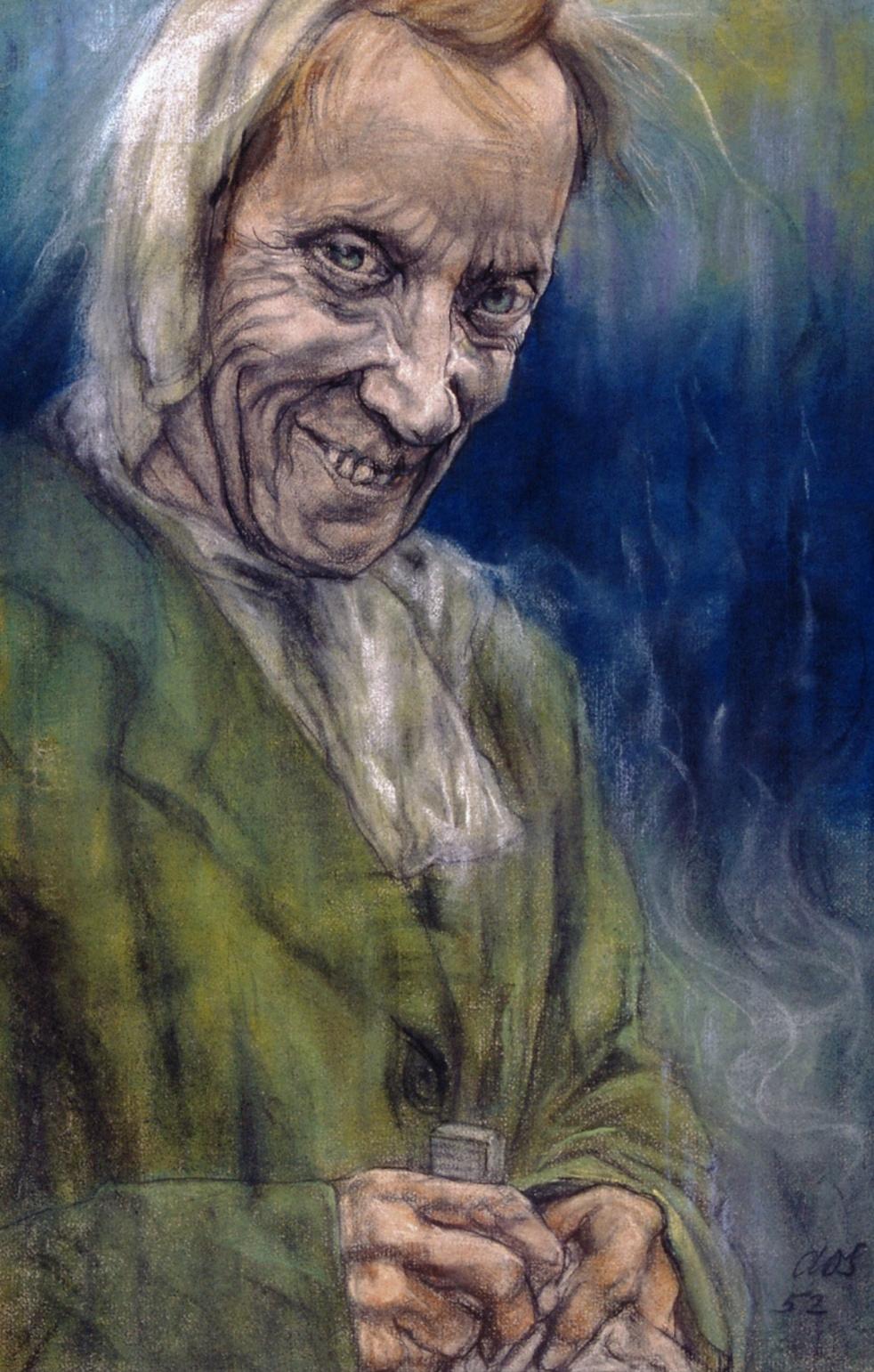 The one without colour is better 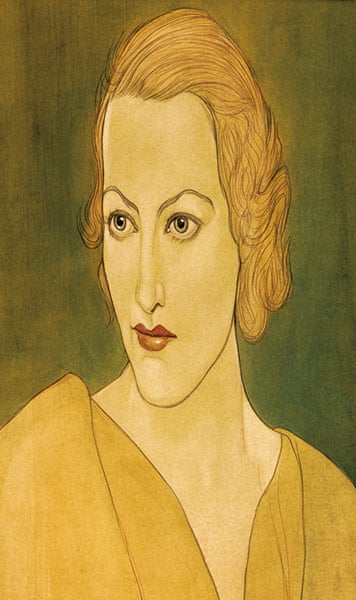 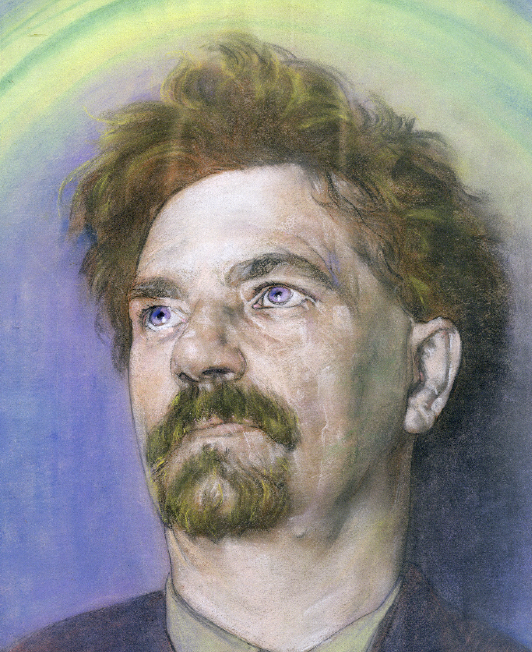 And S Grant i think, something's living in her eyes