Key thing from that thread

"I think before you get anything from the spirit world there must two conditions satisfied—firstly, you
must really want the thing you ask for, and, secondly. you must have have implicit faith that you Will get it."
W

wow this is such a great thread, probably @catalog's best ever contribution to a dissensus thread, @DannyL on his home turf, and even @kumar
C

Reminder for a couple weeks time.

woops said:
wow this is such a great thread, probably @catalog's best ever contribution to a dissensus thread, @DannyL on his home turf, and even @kumar
Click to expand...

Cheeky fucker what about treeshagging

treeshagging has a very offputting title also have you ever actually in the literal sense shagged a tree? inserted your penis into an appropriate orifice and hammered away?
C

Yes I agree with you about the title now actually. I've renamed it to tree love but I am oscillating back to treeshagging.

And no it's not literal it's metaphorical you dimwit.

i think that making it literal would be the the logical next step. why on earth shouldnt you?
i propse you make formal love to a tree of your choice in the strict penetrative sense of the word
C

I think the secret lies precisely in never doing that but it being there as an option. It remains in the world of the fantastic.

Once you do it, something gets ruined, unless its done in a very clever way.

Korine had to go the other way into farce with trash humpers and its not effective.

Once yoh commit thd act, the spell is broken.

Fuck the log @catalog , use butter like Marlon in that weird flick, smiley self portrait with a twinkle eyed gaze out to the viewer
C

Starts in about an hour, Phil Baker can't make it cos he's too busy writing another book but they got a replacement in 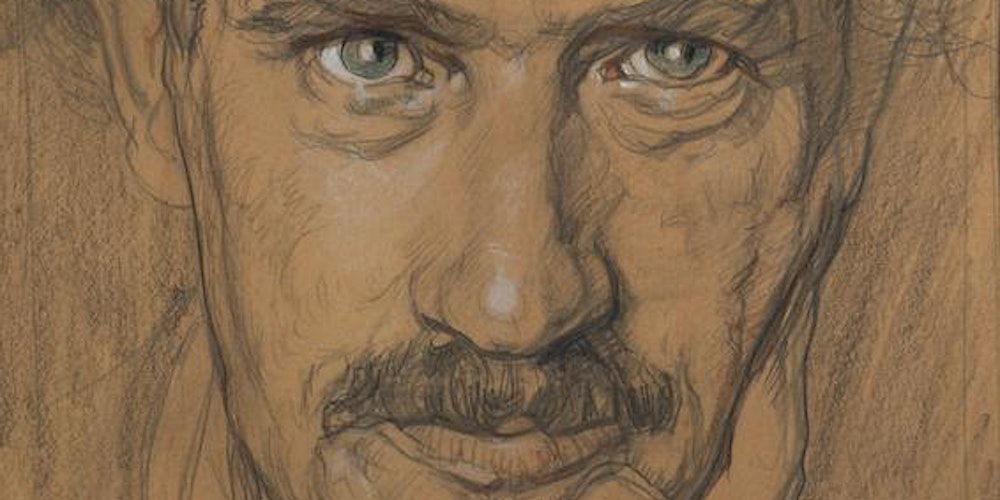 In this illustrated talk, Michael Staley discusses Spare’s vision with particular reference to a number of pictures

phil is doing a new book on crowley, his various houses and london.

the guy doing the talk, michael staley, has got a massive ganesh behind him
C

Staley used the phrase "demonic figures emerging from the rock" which made me think about my own recent trips to the forest looking into trees and seeing faces popping out.

Someone in the chat mentioned Alaisdair Gray as a similar artist, the guy who wrote Lanark I think? 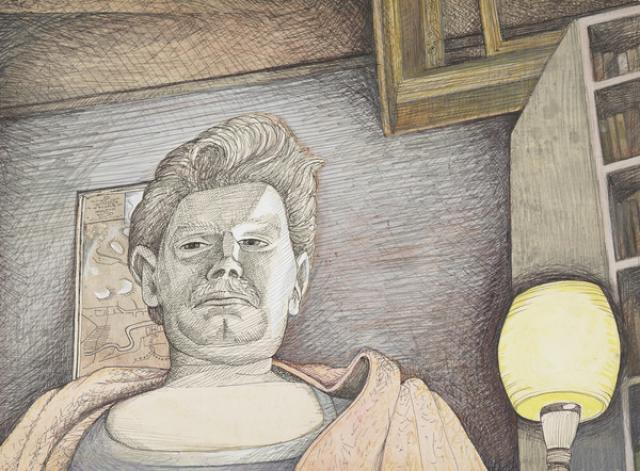 Another very interesting detail from the talk was the menton of how when Spare used to draw on wood, he would use the grain/line of the wood itself to figure out where to go.

Not sure if this is one of those exactly, but it's another good one I've not seen before

Staley also quoted Spare as saying "thou shall live in every conceivable form and every conceivable thing shall happen to thee" and that what he was doing with the multiple figures a lot of the time was trying to show the versions/emanations of people, what they have been, what they might become.

Someone put "atavistic recapitualtion" in the chat and I agree with that - there's a whiff of the recapitualtion theory (spinal column as container of all forms of life as you travel up it) which was one of the contenders at the same time as Darwin.

another Spareism - "the ego is merely the echolalia of the mind" where echolalia = involuntary recreation of someone else's words.