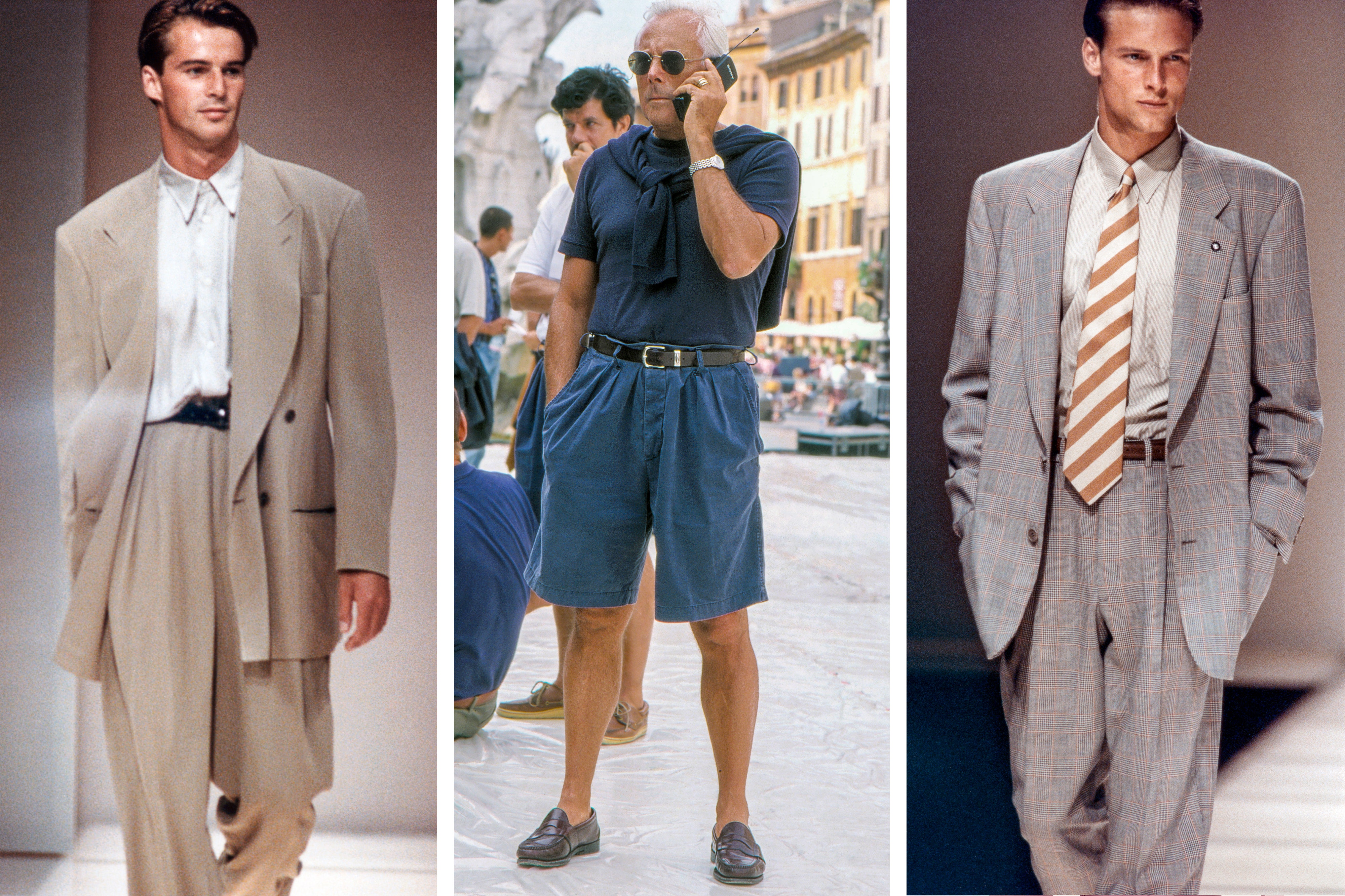 In the early '90s, Giorgio Armani knocked the stuffing out of the '80s power suit—and created an eternally cool uniform for right now.

Someone sent me a clip from the original Judge Dredd earlier and it's interesting how you can now instantly tell a film is from the 90s. (Or is that just me knowing it was from the 90s?)

In the 90s that style was invisible but it's becoming more and more visible with each passing year.

I probably couldn't describe it - it's the way it's filmed, the costumes, the dialogue/comedy style, etc.

The soundtrack, too... All very 90s, that film would never be made like this now. (Leaving aside the obvious comparison, Dredd)
G

slackk said:
Yes, excellent observation. Sega were trying to tap into this 90s semi-future mythology but blew it by not being able to play DVDs

Yeah, aiming strictly for certain vibe may explain why some VG tracks have so strong vibe, instead the blandness of average electronic music track.
C

That should be the title of your next essay.

i was born in 94 but the way i normally see the 90s is being permeated by the idea of facades and illusions. how it's organizing dictum of taste was being 'initiated, in on it, wise to it' or otherwise stripped of illusions including romantic or religious ones. how hip hop and electronic music associated the rough with the real / true as opposed to the polished which automatically was associated with the facade and the fake. how it culminated with the matrix taking the concept of facade to the level of the nature of reality.

gremino said:
Yeah, aiming strictly for certain vibe may explain why some VG tracks have so strong vibe, instead the blandness of average electronic music track.
Click to expand...

I remember hating all the sega soundtracks and even those on the ps1/2/3. They sounded all so conventional and tacky. Put me off exploring electronic music for a while. Luckily proper acid, icey electro and manic hardcore-jungle saved me, and these days I can appreciate vg music in a postmodern campy way more than I could back in 97-99, but... The actual sound effects in video games, guns cocking, panaramic bleeps and bloops, strange voicings, alien-like sounds seemed far more interesting to me than the music.

It reminds me of this discussion that some Italians had about italo disco.

As the head honcho of three international labels—Troubleman Unlimited, Perseo, and most significantly, Italians Do It Better—Mike Simonetti has been a music industry puppet master for over a decade. On the other side of the table sits the Venice, Italy-based DJ/producer Bottin, who crafts retrofuturist sounds inspired by late-night Italian TV. In other words, meet two of the world's leading authorities on Italo disco—that lovably chintzy disco offshoot mass-produced in Italy and abroad during the '70s and '80s by record labels like ZYX. (It helps that the two crate diggers are more Italian than Mario and Luigi eating spaghetti on a Vespa.) We got the guys together to discuss the highs, lows, and recent revival of this kitschy, mass-produced sound. Obviously, much track swapping and shit-talking ensued. It was awesome. Read their full debate below.
Mike Simonetti: I would say that 90% of Italo is just not good. Agree?
Bottin: Over here, all Italo sucks. It was cheap, mass-produced music. Quantity over quality and all that. Before the Italo years, Italian disco was produced by top-end musicians and composers.
But can't that be said for any kind of pop music? By the mid-'80s, Italo was already pop music.
Well no, not really. There has always been high-quality pop since The Beatles. Italo was mainly Italian producers pretending to be English or American by singing in "English" and using English-sounding monikers.
There is some really good Italo though. Like this track:

Klein & MBO… we all love that track. But we listen to it with our campy postmodern ears. You can't say it's a high quality production. Come on!
I listen for hooks and emotional impact over production values. I hear that track and I hear the basis of house.
We all do that. We are DJs. But DJs from back in the day—I mean Italian DJs—they wouldn't touch Italo records. This one time, I was riding the bus to the airport and the driver saw my record bag. He told me was DJing throughout the '80s and invited me to his place to make trades. When he saw I was interested in Italo stuff he was like, "Are you crazy? That's the shit section of my collection." He said neither he or his DJ friends would play Italian production. They sounded awful and cheap in comparison to UK stuff. And actually they do. It's just that the aesthetics have changed. Back then a bad vocal was just a bad vocal.
That's the charm though. Much Italo is almost like minimal synth in the way it was very DIY, lo-fi and sloppy. I mean, anyone can press a pre-set ARP button and make a bassline, true?
True, bad vocals give us back a sense of authenticity. The same goes for cheap sound productions where there's too much reverb or no reverb at all.
Click to expand...

Can you elaborate please? 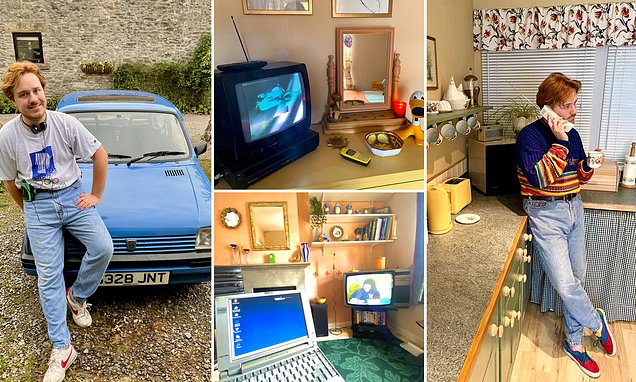 That's a fantastic discovery! What a wild psychological case study.

I like how it only cost him five grand. A completely unimpressive number.
C

At first I thought it was somebody with a deep mental health issue, then I saw that he was an illustrator and realised he was just a twat. This probably belongs in the graphic design thread.
C

Mind you, you couldn't scour ebay in the 1990s, so he's not truly committed.
C

I take it all back, he seems quite sweet, just odd, which is actually a good thing.
S