Master and Commander: Far side of the world (2003)

I think people are failing to see suspendeds point. You are all describing mentorships, which isnt exactly the case in M&C and I dont think always indicative of a healthy generational gap. Lucky Jack is a mentor in the sense that he is older and the captain but thats not the relationships primary dynamic. They relate along the lines of rhythm and lead, as they show us in that pivotal scene as 'metaphor.'

Now all but a few holdouts agree that it's the pinnacle of cinema, and possibly of culture.

the scene with the violins you oaf

i thought youd decided that was about S&M?

dissensus is my brain i dont miss a thing
V

Now all but a few holdouts agree that it's the pinnacle of cinema, and possibly of culture.
Click to expand...

Craner's going to pretend it wasn't that good, but we all know he was right there on that ship with the rest of us.

He probably liked the bit with the alluring exotic woman making eyes at Cappy Jack.

*Toasts to the King*
S

I've changed my mind, some of these are all a bit different.

They're different because there isn't some zero-sum game of status or power that is being played out.

A teacher can be great to a student when there's no threat to his own position. It's the insecurity and the fears of replacements, of being usurped or overtaken, that are at the heart of, say, Three Women, Show Girls, Succession, Other Side of the Wind, and even Curry/Poole.

So, Obi-Wan and Anakin fits the pattern—Obi-Wan is graceful in the face of Anakin's talent advantage. But Obi-Wan and Luke, Dead Poets Society, Django Unchained not so much I don't think. Django + the dentist become a stronger team against the world; it's easy for them to feel like collaborators rather than competitors. The trick with Obi-Wan/Anakin or Curry/Poole is reframing or downplaying the competitive and prioritizing the collaborative aspect—the bigger picture, bigger than individual egos or recognition, a thing they're both fighting for together.
S

When it's your literal son I think it's easier. They're an extension of you, plus you love em and want the world for em. You have to be a real bastard to resent your literal son surpassing you.

Adopted dads, adopted children, situation's altered. The mentee's trick here is to create an egoic identification of the would-be mentor in the mentee, so that his success becomes the mentor's success, genetically and in public legacy.

suspended said:
They're different because there isn't some zero-sum game of status or power that is being played out.

A teacher can be great to a student when there's no threat to his own position. It's the insecurity and the fears of replacements, of being usurped or overtaken, that are at the heart of, say, Three Women, Show Girls, Succession, Other Side of the Wind, and even Curry/Poole.
Click to expand...

this was my point aswell
S

It's interesting b/c on one hand the doctor is the "feminine" animus which acts as moral conscience, as pacifist, as priest/healer. A respect for life as end in itself. Whereas Jack is male animus, dominating and in a pursuit of excellence. The doctor heals what is broken, and the captain breaks; the doctor is always responding whereas the captain must take the initiative, force the enemy to respond or else he's on the losing side. (The first two encounters between ships, he's forced to respond; the second encounter, he changes the balance of power.)

On the other hand, the doctor is a scientist, a cataloger and classifier of the world, which is a very male impulse. So in some sense, it's two male archetypes, the scientist and the warrior, the observer and the actor, pursuit of knowledge and defense of country. And yet the film tells us that each is bound to the other—the doctor takes up arms, the captain acknowledges the value of the Galapagos expedition. You defend country so that you can do things like art and science; they're what you're fight for.

Very similar archetypal stuff happening in Farscape. John is a scientist who is gradually forced to take up arms to defend those he loves, even as he resists its necessity. Aeryn is a warrior who realizes that all the control and violence is wasted if it isn't to protect love, to protect people you care about. And then Zhaan and D'Argo are their extensions—Zhaan is a scientist who has fled a violent past and is terrified by/haunted by the prospect of her own power, and the havoc it can wreak; D'Argo is a warrior driven mad by love, who is always up against roid rage/anger mgmt problems.
C

craner said:
They should have called this film Commander of the Mast
Click to expand...

No likes for this amazing joke, one of the best ever made on this forum, you swines
S 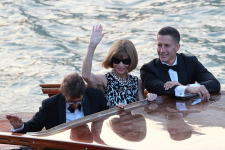 Commander of the Masthead

@snav have you seen this film?

linebaugh said:
@snav have you seen this film?
Click to expand...

never heard of it

craner said:
No likes for this amazing joke, one of the best ever made on this forum, you swines
Click to expand...

i didnt understand it