- Miguel Ángel Asturias's surrealist dictator novel El señor presidente
- Miguel de Unamuno's Abel Sánchez, a retelling of the Cain and Abel story
- Colin Wilson's pop existentialist treatise The Outsider
- Two by Nabokov: Laughter in the Dark and one other whose title I can't make out, maybe Ada?
- Céline's Journey to the End of the Night
- the Christie's catalog
Click to expand... 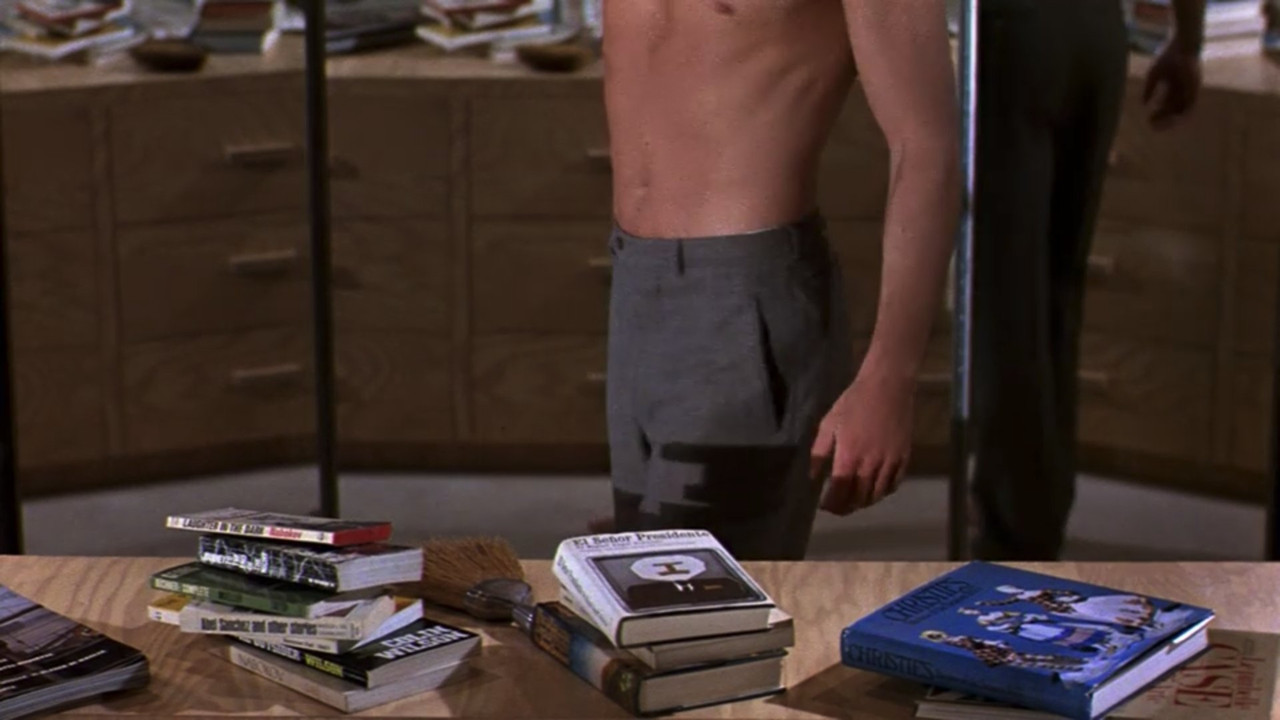 I first heard of The Golden Bough via Col. Kurtz's book pile in Apocalypse Now.

The baudrillaird book in the matrix

luka said:
The baudrillaird book in the matrix
Click to expand...

Yeah that he keeps his cash in, hollowed out.

There's a grapejuice post about a book in a film. I'll look for it.

All Go Into The Dark​

Alan Green's "Suicide Kings" was, on this occasion, the augur leading back into the desert. After reading Weston's From Ritual to Romance, I decided to reread Conrad's Heart of Darkness and T.S. Eliot's The Waste Land. Living in Japan, I do a lot of my reading on the train. One day, just as I was about to finish Heart of Darkness and begin reading Eliot, I decided on a whim, as I had the afternoon off, to watch Christopher Nolan's Interstellar. I got through the Conrad on the train and was just wrapping up The Waste Land in the theatre as the movie started.

I was truly not expecting much from this film at all, and I was actually only there because I wanted to see Interstellar before listening to the (very sadly defunct) Moon Room Cinema podcast on it by Mark LeClair and Alex Fulton. Not long into it, though, I realized that Nolan's largely mediocre film was exploring precisely the same themes as were haunting myself.

The central "character" of this film is a black hole. At one point it is described as "the literal heart of darkness." This got me sitting straight up in my seat. Even more cortex-crackling was the fact that, in a key scene, a "ghost" knocks a book by T.S. Eliot among others off a bookshelf. In my slobbering astonishment came the instant recollection that I had just finished reading Eliot's poetry.

Later, not believing my senses, I checked online to see if this actually occurred in the movie. A review from the Telegraph informed me that it was even more uncanny, more improbable, than I had imagined:

Coop has faith that his daughter Murph (played by Mackenzie Foy, and later, as an adult, by Jessica Chastain) is one of them. She’s troubled at night by strange shufflings from her bookcase – a ghost, she believes, and one with a flair for foreshadowing, given the way it pointedly knocks volumes by Joseph Conrad and T.S. Eliot off the shelf.
Click to expand...

I had literally, without previously knowing anything about Interstellar, just completed reading works by both Conrad and Eliot immediately before watching the flicking film! How is this possible? What dream realm had I entered into? Had the "ghost" also decided to contact me?

Further digging on the web confirmed that Nolan was very consciously playing with these themes. In an interview he stated:

I imagined Doctor Mann a bit like from Joseph Conrad’s “Heart of Darkness.” You have Kurtz, this character that you hear about. Everybody says, “Oh, he’s great. Maybe you’ll get to meet him.” I really love the idea for an audience to go, when they see him, “Oh, it’s Matt Damon. It’s going to be okay.”
Click to expand...

Dr. Mann, a brilliant yet twisted scientist/explorer stationed on an uninhabited planet orbiting the black hole, was also Kurtz. All of the pieces snapped into place.

I in no way want to defend Interstellar as a great work of art, or even less so to affirm its very questionable message. The conclusions of this film, when its surface is scratched, are quite disturbing. That it actively promotes a transhumanist agenda seems obvious, and there is no better exploration of this angle than in the LeClair and Fulton podcast I mentioned above. But, given the deep weirdness I was awashed in, this is by no means the entire story.

Nolan knows. It's hard to avoid this conclusion. The "ghost" of the bookshelf turns out to be Murph's father attempting to communicate to her via gravity waves from the heart of the black hole in a Borgesian labyrinth of the imagination apparently constructed by humanity's four-dimensional descendents. A few startling claims are implied here about the nature of the "conspiracy" which rules our present world

luka said:
The baudrillaird book in the matrix
Click to expand... 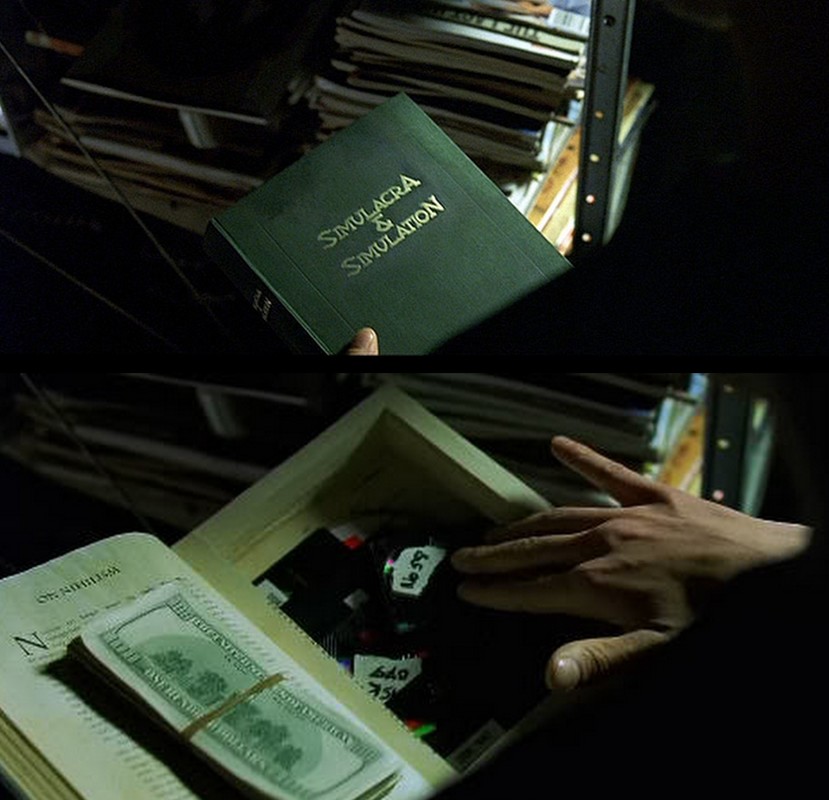 Apparently there's a copy of Spengler's Decline of the West in a Whit Stillman film.

I've never read that ballard, I've got high rise on the shelf waiting.

No idea what that means
C

Guessing those are characters from the ballard novel. Those are classic ballard names.

It's a Ghostbusters reference.
C

Has everyone seen K-9? One of my all time favourites, Jim Belushi in a classic role.


but the relevance to this thread is the bit where HD talks about meeting his bird on the beach, she's reading a book. And it's journey to the end of the night by Louis ferdinand Celine.

The gag is that he asks her what she's reading, she tells him, and then asks him if he's read it. And of course he hasn't, but he falls for her immediately and knows what kind of person she is instantly cos she thinks he may have read it.

Neve Campbell reads Celine's Death on the Installment Plan in The Craft. 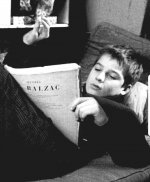 Rewatched Bringing Out the Dead last night and he has Journey to the End of the Night, One Hundred Years of Solitude, The Razor's Edge, Difficult Loves and Shelley's Poetry and Prose in his apartment.

Just found a blog specifically for this stuff,