He's a bit incelly isn't he. That nasal shifting tone, he's uncomfortable but also very eloquent and insightful. Like when he's talking about the masks and guises.

Clearly someone familiar with trying on different persons, so he foreshadows quite a lot of our "now" time.

I watched mishima years ago and seem to recall it's a bit of a mess, he has this way of trying to tell the story by smashing a traditional bipic together with sequences from the novels, so it's disjointed. Maybe better if you are already quite familiar with the work, which I wasn't.

Although I did go onto read 'confessions of a mask' but I couldn't get into it.

Mishima is probably someone worthy of revisiting.

Also Dick Cavett... I was watching the one with Cassavetes, Falk and Gazzara. And also the one with Scorsese and De Palma.

Maybe someone on here posted them?

Nothing startling, but he seems like a proper time capsule you could get lost in for a bit

Cavett's my favourite of the talk show hosts. He's funny, but doesn't dominate and he had lots of interesting guests. The conversations are much more engaging than the stuff you get nowadays too. The audience aren't applauding every other minute and it all just feels a bit more real and less managed.

All of Sly's appearances are worth a watch

There's a copy of The Soul of the Ape in The Passenger, As this is the unofficial Schrader thread; 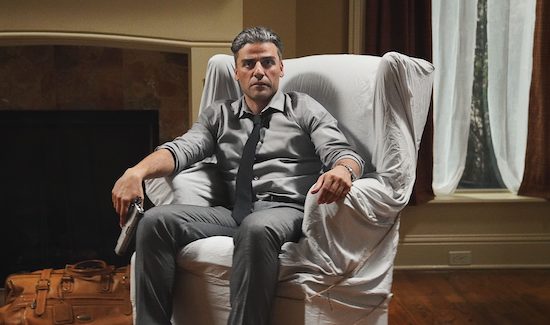 Paul Schrader's diaristic style reaches its peak with The Card Counter, but it also nods to his penchant for male martyrs and a singular take on masculinity, finds Caleb Carter

His characters are life-artists. Bickle jigsaws an ideal version of himself together through the people he meets, accumulating philosophies like tacky souvenirs. A recurring motif of these “man in the room” dramas is the donning of a uniform: Mishima’s kitschy militia suits, Toller’s warrior priest cassock, and Bickle’s knight-plume mohawk. However, though he is able to greet parts of himself through creativity that would otherwise be stifled, Mishima claims that “words are insufficient” in the arena of action. Ever the masochist. If you can’t feel it sting the flesh, is it even true? Seppuku is the artist’s immaculate ending, allowing him to write his own final chapter on the world stage. No more rehearsals. Torn from his guts, language’s impotency is expunged. Meanwhile, any psychotherapist would be able to see that the miasma Bickle swears is stalking him does so because he believes himself to be unclean. There’s the rub: Schrader’s characters’ desire to permanently alter their worlds lead them inevitably back to themselves, and so their crusade must lead explosively from the inside out.
Click to expand...

I put that on but it's super weird. He's trying to do too many things. Very odd look, very sparse. It can't hold itself. Some good bits tho.

Card counter. It's not as good as first reformed.

Haven't seen it yet, but I've heard it's decent.
C

Have you seen first reformed? Watch that first, it's really good.

DePalma is in many ways the weirdest of the bunch. Less overt mystique as compared to schrader and scorsese. He's playing a game.

catalog said:
Have you seen first reformed? Watch that first, it's really good.
Click to expand...

Yeah, I have. Really liked it. Love that scene where he's out on the rocks somewhere and it's all purple, also the bit towards the end when he's gasping, wrapping himself in barbed wire, whilst the woman sings Leaning on the Everlasting Arms in the church next door; really moving. 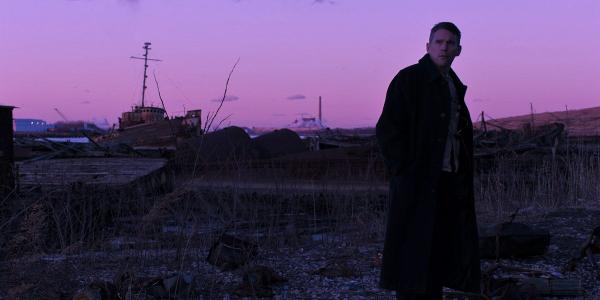 catalog said:
DePalma is in many ways the weirdest of the bunch. Less overt mystique as compared to schrader and scorsese. He's playing a game.
Click to expand...

He's the most "postmodern" of the three, I suppose, what with all the tricks and films-inside-films and pastiche. I like all three, but Scorsese may actually be my least favourite, at least at the moment; Schrader's probably my favourite.
C

Scorsese is definitely the best no question, cos he's the most real underneath and in that, the most normal. But he's shat on his own legacy, as weve said. We've had enough.

I really want to see Casino again. I thought it was better than Goodfellas, but haven't seen it in years and my DVD was such poor quality I chucked it. Those great, wide shots of the Mojave Desert . . .

catalog said:
Scorsese is definitely the best no question, cos he's the most real underneath...
Click to expand...