in the end i ate a whole packet of frozen oven bake hash browns with a tin of baked beans on top and loads of grated cheese.
it was the cold that made me do it.

it'd have to be pretty cold before i ate that

a creature far beyond any shared similarities with humanity

fortunately my companion seized the initiative. she devoured it and earth is safe from this horror - for now
C

Huge order for one skinny lad, a lady and a small dog. You must be hungry. Good price though.
C

I wish I was skinny. We always over order so we've enough for breakfast. Dog doesn't get any, but he did lick my popadum.
C

When did you get fat? What sort of age? What about hair growing out of
Nose &
Ears?
C

I don't have hair growing out of ears and nose, and the truth is I've been z bit pusdgy ever since being a teenager, I'm just so small so people think I'm thin as well. At certain odd times in my life, like when I was at uni, when I was working as a hospital porter, when I first quit booze and did some running, I somehow kept it down and could have been comfortably described as slim. But that thing version wrote in witness the fitness thread, thin fat of something? That's me I think

You're lucky with the hairs. I've asked everyone I know who's my age that question and they've all said yes. Mad professor eyebrows too.

have you seen Dennis Bovell's ears? 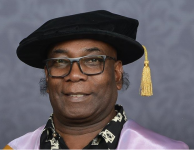 That is too much. That's gonna keep me up.
M

Been spared ear hair for now (need something to look forward to when I hit 50) but I've been getting rogue 'spider leg' eyebrow hairs for the past couple of years. Not so bad with the nose hair, but I do stick scissors up my nostrils for a quick snip every now and then.

Got the nose hair problem but ears not yet thank god. What do early developers do with ear hairs? trim them or pluck them?

More worrying to me is the faint nicotine stain appearing on one finger which seems impervious to scrubbing with soap and water, urgh.

I just pluck the nose hairs that turn up. Yank them out,

So do I sometimes but they're quite hard to get a hold of. I tend to just stick the edge of my beard trimmer up my nose

Benny B said:
Got the nose hair problem but ears not yet thank god. What do early developers do with ear hairs? trim them or pluck them?

More worrying to me is the faint nicotine stain appearing on one finger which seems impervious to scrubbing with soap and water, urgh.
Click to expand...