Yesterday I called MB Schrodinger's Cunt - seems only fair to recognise that seemingly I am Pavlov's Dick.
B

IdleRich said:
what passes for my personality (apparently) consists of only a few (second-rate) ideas which I can be stimulated into regurgitating automatically when certain pre-programmed "buttons" chance to be pressed
Click to expand...

at least you have a personality!

Something that passes for it I said... something that on a good day may fool someone into believing I have a personality. I'm not sure that's something to be hugely proud of. 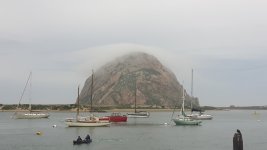 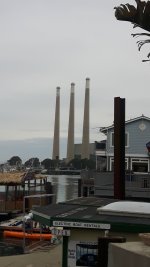 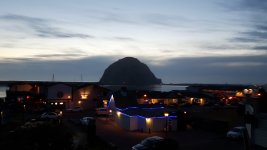 These are pictures from the time I stayed in the place where @suspended grew up.

Craner did ya go kayaking? Did ya have saltwater taffy? Did ya go thrifting?

Nah, but I ate some delicious Red Snapper.
M 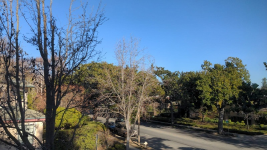 there's a crude joke in there somewhere.

IdleRich said:
The cars are the exact opposite of how parking is done here - park anywhere there is a space, block people in, leave it literally in the middle road, it's fine as long as you put the hazard lights on...
Click to expand... 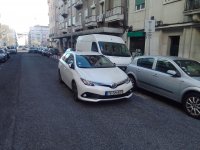 Seems particularly bad to me. Often you get it where the car is in a ridiculous place but the driver is in the car or at least within range of a horn, or if you look carefully maybe there is a note with a phone number or something - but here the car is totally empty, there is no method I could see to contact the driver, it's parked literally in the middle of the road and the van has no possible chance of moving. I did like the final pisstake of conscientiously putting the wing mirror back like that though.
L

people double park like that here all the time. lots of them are delivery drivers who have no choice but plenty of regular drivers as well. that's what used to make getting crosstown a nightmare, double parked vans and trucks all up and done the street, and on both sides.

Yeah I get delivery drivers, or if it's just for a sec, but just to park like that and then properly leave it seems crazy.
Still not my problem anymore, clutch in our car just totally busted the other day so car is off the road altogether for the near future.

The other day I went to my friend's tiny little studio flat which is just above the terminal thing where cruise liners dock. I have been there once before but I think that it was winter or dark or the shutters were closed or.... something somehow prevented me noting the view. This time however it was all I could see, funny how that happens I think.

I guess this one is looking northish back towards Santa Apolonia 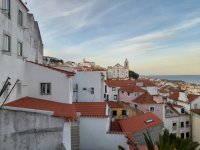 Here looking straight across the river to maybe Alcochete which is a pretty little town oi the other side. I think that they actually have a bull run there still. Or maybe that's already Almada which is a big ugly town on the other side of the river. Many many Portuguese towns and areas and so on have names that begin with "Al" - basically the most constant reminder of how much of the country was once under the Moorish sway and given an Arabic name., Alcochete is also amusingly close to the Russian word for alcoholic I'm told. 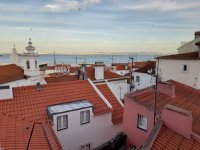 And this pic was taken in-between the other two. Problem is my phone doesn't really do justice to how much blue water and bluer sky you can see. 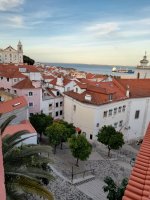 Speaking of North African remnants, I always feel that certain bits of Alfama remind me almost of the Medina part in Marrakesh, a twisty turny rabbit warren of streets in which one can get lost in seconds. There were two of us going round to visit and even though I had been there before and could tell we were close, I had no idea on how to negotiate the final stages and actually get there and we had to ask an old man walking past to give us directions, which he did manage after some not insignificant headscratching. Over the course of the afternoon a number of friends came to join us and a local guy even made a delivery, and every single one of those events involved ages of thwarted instructions and comedy bits where we would be able to see the person wandering around the maze just out of earshot and disappearing stage left only to impossibly reappear from the right like in a cartoon.
Anyway, the beginnings of those streets also donate something to the view....... 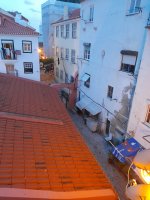