Together, we'll travel back in time to solve one of the greatest mysteries of the modern world: what the fuck happened in 1972?

Bobby Fischer beats Boris Spassky at the Match of the Century, ending Soviet domination in chess. Richard Nixon is Time's Man of the Year. On August 4, one of the largest solar flares ever recorded rips across US infrastructure, knocking out cable and power lines. Sunspots stick around til the 10th.

Meanwhile, the economy—whether you ask radical left economists or Chicago-school libertarians—undergoes a shift whose effects set the scene for everything we're seeing today: 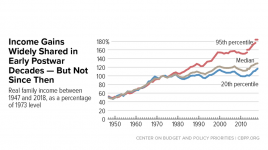 We're looking squarely at the start of American decline.

Really though, this is about whether, and how, the post-Sixties era set the tone for the world we live in. The hippies had their own vision—a very different one came to dominate. Anything 1969-1975 fair game. @Padraig, boss, you better come back for this one, holidays are over it's time to get to work.
Last edited: Jan 12, 2021

Some more graphs to whet your pallets 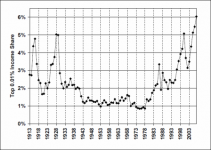 Earnings vs the consumer index:

According to FBI statistics, the United States experienced more than 2,500 domestic bombings in just 18 months in 1971 and 1972, with virtually no solved crimes and barely any significant prosecutions.
Click to expand...

Where's that stat from and who was doing the bombings? Weathermen etc?
S

version said:
Where's that stat from and who was doing the bombings? Weathermen etc?
Click to expand...

As for social transformations, this is also when women's enrollment in college starts skyrocketing, so that today 74 men earn a BA in the US for every 100 women. Not attributing any American decline causality to this—I am a feminist!—but saturating the jobs market with highly credentialed labor is an important part of the economic picture. 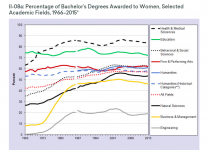 And there is a corresponding surge in childlessness: 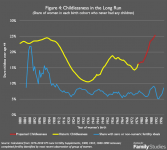 Watergate is a huge part of this picture—American political disillusionment post-JFK.

And the moon-landing program wraps up with its last Apollo mission in '72:

Big jumps for gender equality even as the old order crumbles. On June 3, Sally Priesand becomes America's first female rabbi. October 25, the first female FBI agents are hired. Title IX is introduced via the Higher Education Amendments of 72, designed to prohibit sex-based discrimination in education orgs that receive federal aid—but it becomes best-known for its use in athletics and sexual assault cases.

Yugoslavian air stewardess Vesna Vulović is the only survivor when her plane crashes in Czechoslovakia. She survives after falling 10,160 meters (33,330 feet) in the tail section of the aircraft.

Thick as a Brick by Jethro Tull is released, a concept album supposedly written by an 8-year-old boy, Gerald Bostock

The last trolleybus system in the United Kingdom closes in Bradford, West Riding of Yorkshire after over 60 years of operation.

The long-running soap opera, Emmerdale, made by Yorkshire Television, is broadcast on the UK's ITV network for the first time, under the title Emmerdale Farm.
S

Here's another interesting one, originally shared by Anna Khachiyan—years are a little early here, late 60s things really begin changing, but we're in the right ballpark: 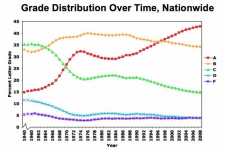