The Meaning of South Park

Was it popular in your 'high school'

Among idiots? The lower types?

the dregs. bottom of the barrel. 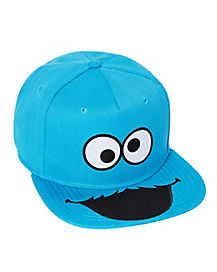 this hat. vape in hand.

How did that manifest?

Do you think it had a noticeable effect on their behaviour, humour etc?

version said:
Do you think it had a noticeable effect on their behaviour, humour etc?
Click to expand...

it was so popular its hard to pin any specific behavior to it. and it was already established and pacified for my age group, watched because everyone else was already watching it, not really indicative of a new milieu

version said:
Interesting to pit that against Adam Curtis' contention,

"At its heart, South Park has a touching faith in human beings. That despite their absurdities and flaws, people have the capacity to create a better world."
Click to expand...

Perhaps we can consider both this and @boxedjoy's assertion to be correct. In this case, I'm using their words as a springboard to dive into what they could have been trying to say. So its gnosis, and not science.

Instead of considering postmodernism as a disappearance or withdrawal of sincerity, what if we consider it as a burying/cocoooning of sincerity within layers of sufficient skepticism, bureaucracy, distancing. Such that there is a wide sort of cortex surrounding the sincere core, and building of this cortex is a sort of alienation of the core from its cosmos.

In that way, perhaps South Park can be considered as a nugget of genuine and fundamental hope, dressed up in layers of skeptical defenses, facades. Perhaps even handled as an absurdism.

linebaugh said:
In middle school/ highschool I thought I was too smart for south park. I was wrong about alot in my contrarian youth but I was dead on with that one.
Click to expand...

For me, when South Park was coming out I read articles about it being about to appear on our tellies, I did watch a few and quite enjoyed it but then just kinda drifted away. Although I had friends who were into it and I heard jokes that presumably referred to it and kinda knew it was there in the background but never paid attention. Then for some reason me and my girlfriend were ill and had loads of spare time and we watched a couple of episodes as an experiment and they were good so we watched the whole fucking thing from start to finish. And all the new ones that came out since.
Of course it blows hot and cold, the moral positions they do hold slip and slide and every time they come out with something you agree with they blow it with a cheap gag the next week and some episodes are just shit, they pumped 'em out so fast that some of them they couldn't think of proper endings or whatever. But definitely there are moments of genius, brilliant characters and so on - even though the characters change their personalities hugely over time and become different people. I really think that Cartman, Butters, Randy... a few others are genuinely amazing creations.
Ultimately reviewing something by its fans can only take you so far.

On August 5, 2021, Comedy Central announced that Parker and Stone signed a $900 million deal for extending the series to 30 seasons through 2027 and 14 feature films, exclusive to the Paramount+

think there's some kind of strand, in terms of their emotional resonance, running through south park, GTA, eminem, kanye and trump. something about the way the part of the attraction with all of them was the shock value, willingly offensive. and actually with the exception of kanye, the aesthetic ugliness of them all (i guess GTA is debatable with the later games). quite a range of mediums but working in the same way on some level, though obviously beyond this common strand they're all doing multiple other things at the same time.