catalog said:
That's ridiculous, did you take the picture?
Click to expand...

Ha, no, just found it on Imgur or somewhere like that. 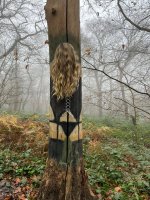 The religious and sexual possibilities of forest here in upland Southeast Asia, aside from a visionary rubric of the ascetic ideal - being lost, mastering fear and magic and so on - can be understood in terms of the sensory cacophony that the environment is made up from. The endless forms and colours of semi-deciduous broadleaf, the dizzying perfumes and stenches, and a soundscape so rich and dynamic in timbre even within its quite separate genres of birdsong, insects, frogs, water and trees. This forest, this mountain, is also covered in decayed and rotting anthropomorphic secrets because the apparatus of the state is limited in its reach here. Traditionally the forest has offered the lowland natives of this territory a degree of privacy unavailable in their actual living spaces or elsewhere. It cultivates the illicit. I pick a matt-purple insect off a rubbery leaf and it shoots a thick jet of coppery urine across my arm, and I'm provoked by the sexual implications of it. This work should be classified as part of the MOUNTAIN CRIMES genre.
Click to expand...

lots of wet trees on this morning's walk 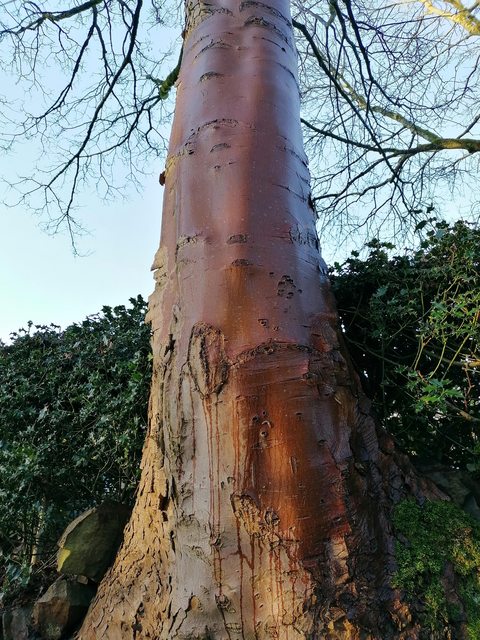 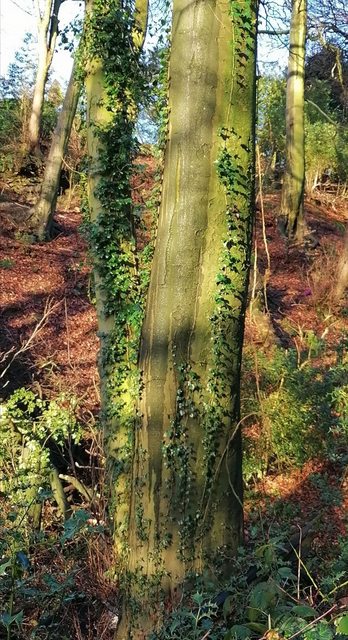 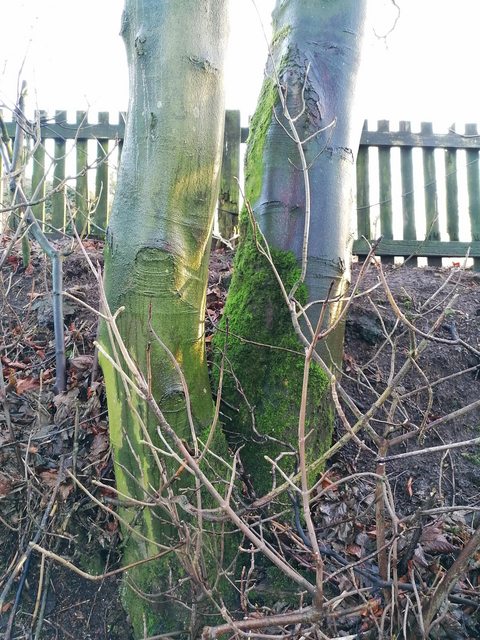 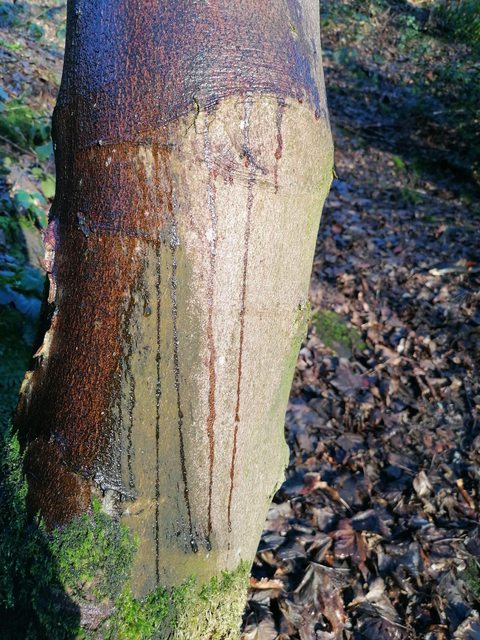 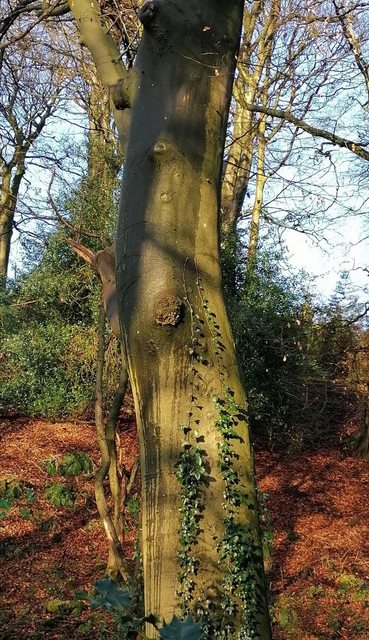 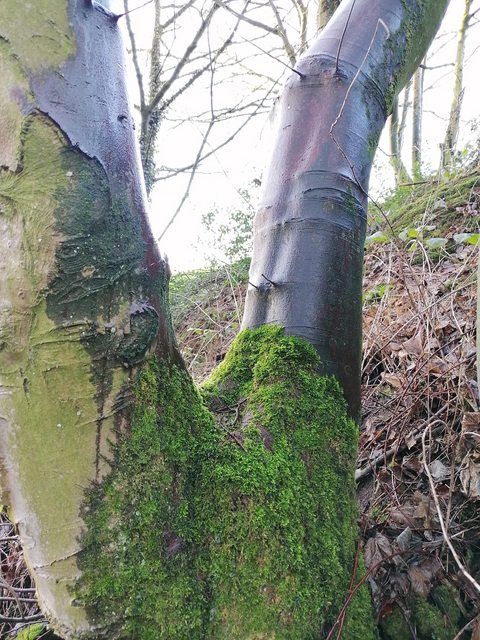 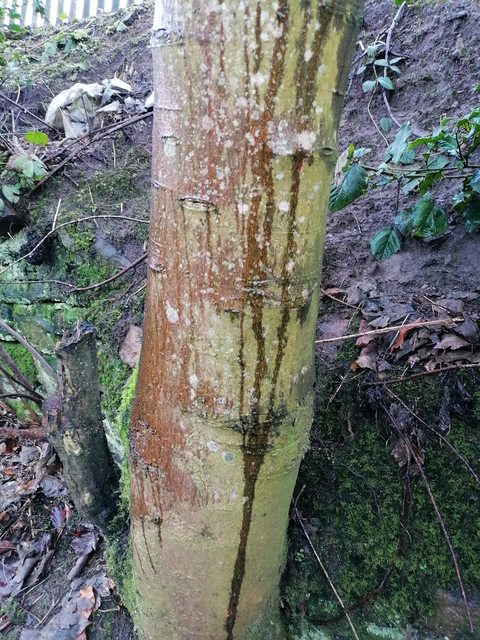 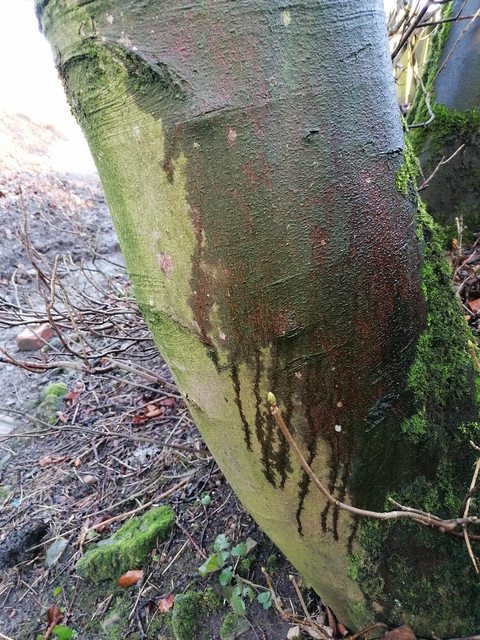 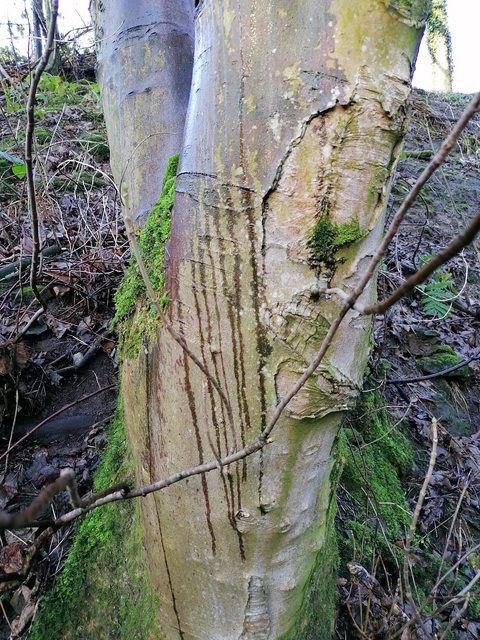 That is Fred Dibnah "laddering" a chimney

i introduced woops to Fred

luka said:
i introduced woops to Fred
Click to expand...

not to mention 100s of comments under the videos saying "my dad was a proper man like fred, they don't make em like that any more, he built a combine harvester out of washing machine parts for a hobby, its all health and safety these days" etc etc
C 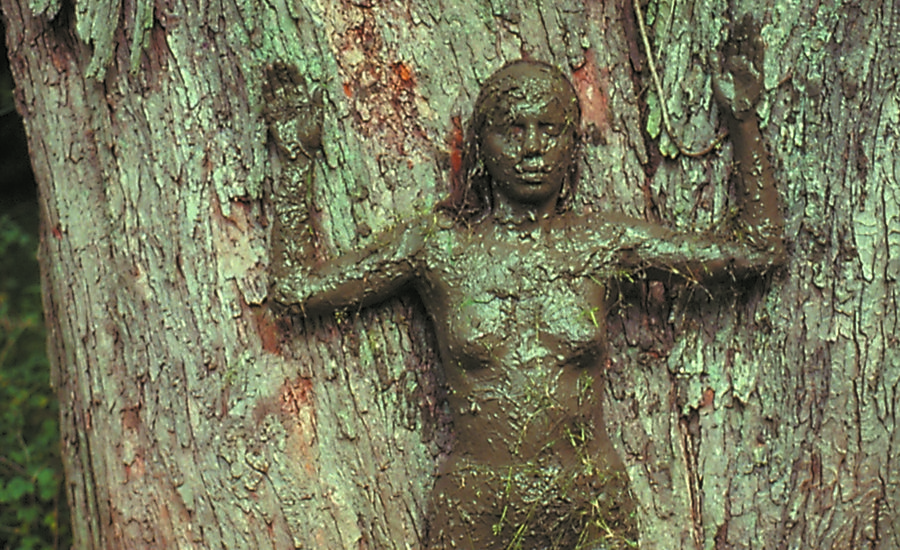 recent article in The New Yorker about plant intelligence:

How I Started To See Trees As Smart

The experiences with altered states got weirder from there—and some of them made me think, again, of the tree. Monica Gagliano, an evolutionary ecologist whose research at Southern Cross University, in Australia, is supported by a million-dollar Templeton grant, has made the provocative argument that plants are conscious and intelligent. In her book “Thus Spoke the Plant,” she writes that drugs inspired her to look for unstudied capabilities in plants, such as the ability to remember or to communicate through sound. “If you are opening up yourself, there’s more space to allow for strange things to emerge,” she told me. “Isn’t this what scientists should be doing? Asking strange questions and seeing what they find?”
Click to expand...

How I Started To See Trees As Smart 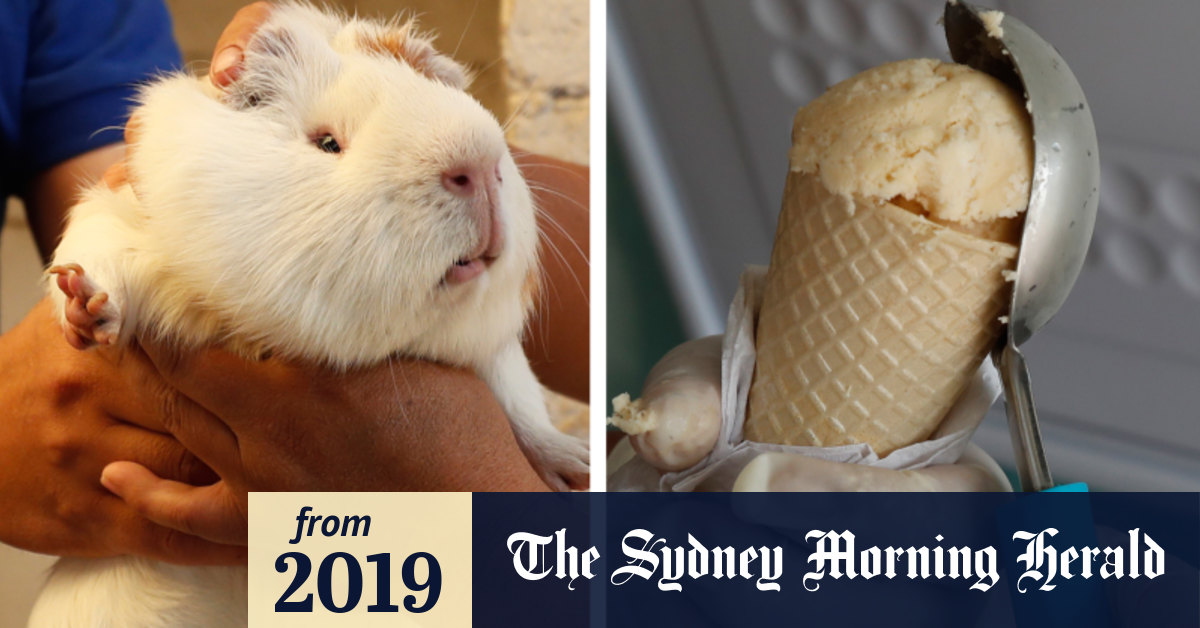 Guinea pigs are commonly eaten in Ecuador, but entrepreneurial vendors are finding success with a new spin on the dish.

Not so much treeshagging but more general creative use of trees, saw this few weeks back in some woods I've never been to before. Especially impressive how they got the shape right. 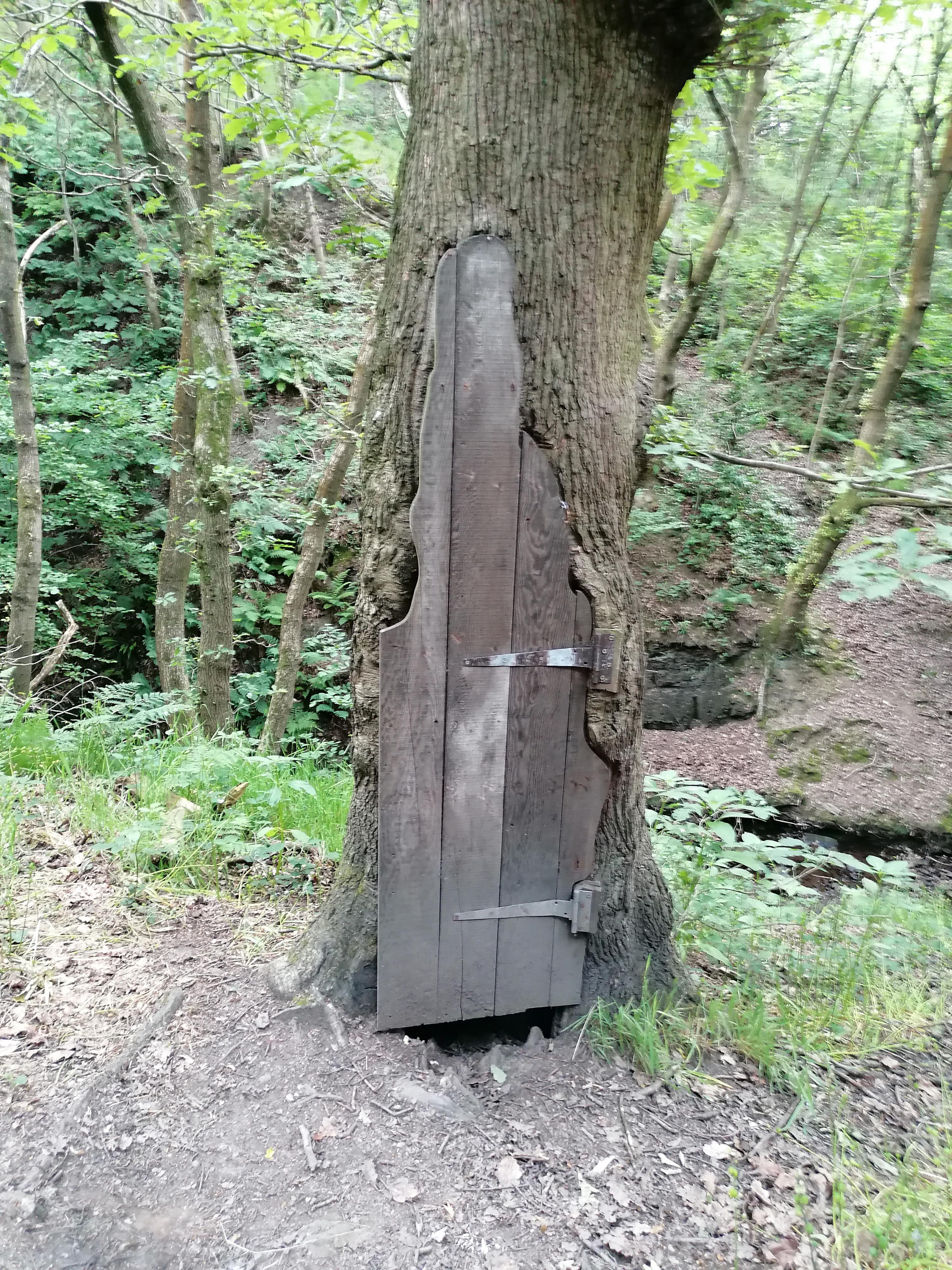 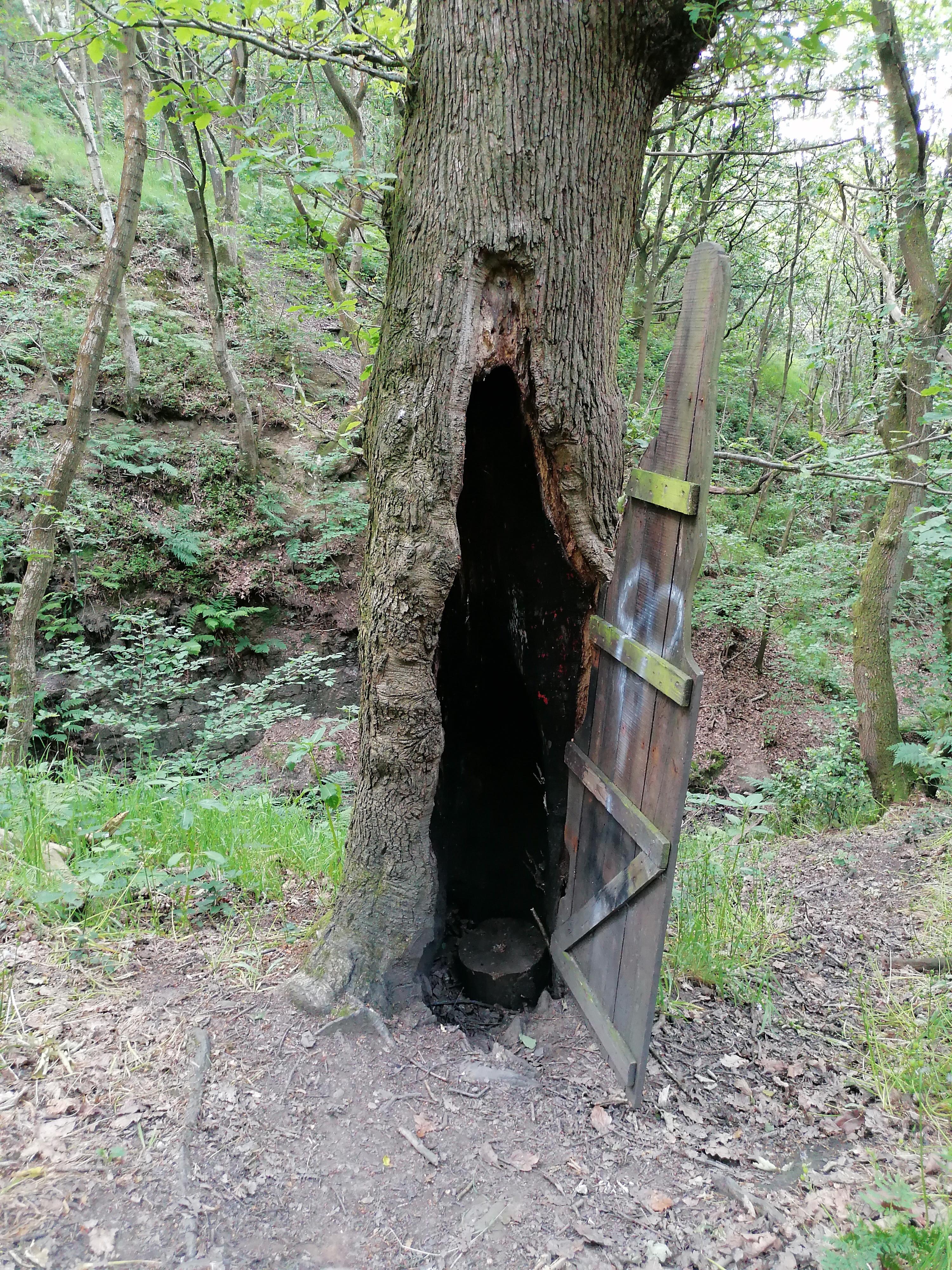 DH Lawrence famously liked to climb trees naked and some of the writing is pretty incredible. I'm reading his bio at the moment despite never having read anything by him yet.

We find many examples of what Stephens and Sprinkle would consider “ecosexual practice” in Lawrence. In the “Breadalby” chapter of Women in Love, Birkin, barely conscious, having been attacked by a lapis lazuli-wielding Hermione, escapes into nature, fleeing “to the open country, to the hills”; he is driven by desire: “he wanted something” (WL 106). On a wet hillside, he removes all of his clothes and lies naked in the primroses, moving “his legs, his knees, his arms right up to his arm-pits” among them, then “lying down and letting them touch his belly, his breasts” (WL 106-107). Finding it “such a fine, cool, subtle touch all over him, he seemed to saturate himself with their contact” (WL 107). Craving something other than the softness of the wet primroses, he goes to a clump of young fir trees “no higher than a man” and lets the “soft sharp boughs beat upon him” as they throw “cold showers of drops on his belly”; a thistle “pricked him vividly, but not too much” (WL 107). Rolling in sticky hyacinths and covering his back in handfuls of fine wet grass, he finds it “soft and more delicate and more beautiful than the touch of any woman”; it is all “very good, very satisfying” (WL 107).

In this moment, “Nothing else would do, nothing else would satisfy, except this coolness and subtlety of vegetation travelling into one’s blood” (WL 107). Here Lawrence’s theory of “blood-consciousness” is extended to include the natural world; “[t]he leaves and the primroses and the trees,” Lawrence continues, “really came into the blood and were added on to him” and he “was enrichened now immeasurably” (WL 107). This is not only a refreshing moment of repose in nature, but something much more significant. Indeed, it is an enactment of what Lawrence described in a letter of December 1915, where he claimed that “all living beings,” even plants, have a “blood-being” and are thus capable of the kind of transmission he describes “when [he] take a woman” (L II. 470).

Feeling a pain in the side of his head from Hermione’s blow, Birkin thinks of her momentarily, but quickly concludes that she, like all people, does not matter when one has “leaves and primroses and trees”: “He did not want a woman – not in the least” (WL 107). Knowing he must go back into the human world, Birkin feels safe in the knowledge that he knows now where he belongs, “where to plant himself, his seed […] This was his place, his marriage place. The world was extraneous” (WL 107-108). He questions his sanity, worrying that someone might have seen him lying naked with the vegetation. Yet he feels sure that were he on an island alone “[h]e could love the vegetation and be quite happy and unquestioned, by himself” (WL 108). Nature, here, is a clear substitute not only for a woman, a lover, but for all human relationships, for the repulsive “old sanity of the world” and the “old ethic” (WL 108).

A Lover of Nature: Lawrence and Ecosexuality

We have long known that sex in Lawrence is about much more than human bodies coming together, that it holds significance far beyond the “functional act and a certain fumbling with clothes” he scorn... 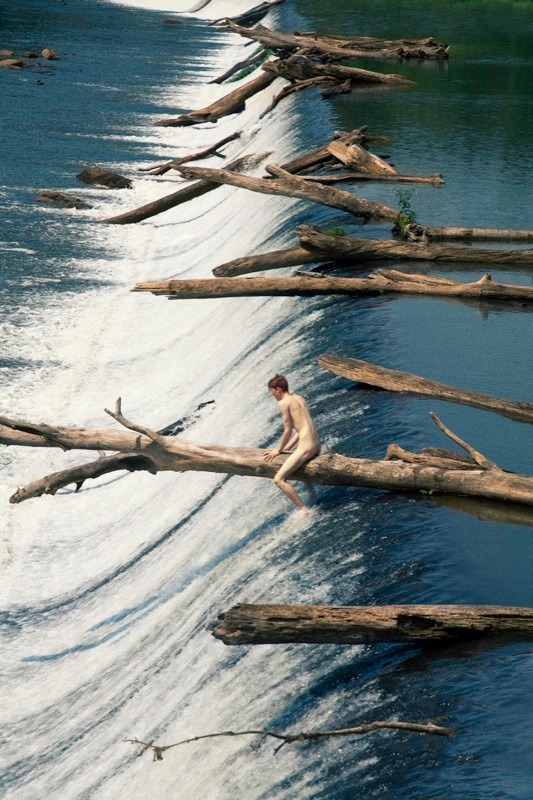 bloke is a madman genius