I let urbanomic know about the captivating Tournier quote and he sent me this from Huysman’s book ‘Down There’ [La-Bas]:

"He wanders in the forests surrounding Tiffauges, dark, impenetrable forests like those which Brittany still can show at Carnoet. He sobs as he walks along. He attempts to thrust aside the phantoms which accost him. Then he looks about him and beholds obscenity in the shapes of the aged trees. It seems that nature perverts itself before him, that his very presence depraves it. For the first time he understands the motionless lubricity of trees. He discovers priapi in the branches.

"Here a tree appears to him as a living being, standing on its root-tressed head, its limbs waving in the air and spread wide apart, subdivided and re-subdivided into haunches, which again are divided and re-subdivided. Here between two limbs another branch is jammed, in a stationary fornication which is reproduced in diminished scale from bough to twig to the top of the tree. There it seems the trunk is a phallus which mounts and disappears into a skirt of leaves or which, on the contrary, issues from a green clout and plunges into the glossy belly of the earth.

"Frightful images rise before him. He sees the skin of little boys, the lucid white skin, vellum-like, in the pale, smooth bark of the slender beeches. He recognizes the pachydermatous skin of the beggar boys in the dark and wrinkled envelope of the old oaks. Beside the bifurcations of the branches there are yawning holes, puckered orifices in the bark, simulating emunctoria, or the protruding anus of a beast. In the joints of the branches there are other visions, elbows, armpits furred with grey lichens. Even in the trunks there are incisions which spread out into great lips beneath tufts of brown, velvety moss.

"Everywhere obscene forms rise from the ground and spring, disordered, into a firmament which satanizes. The clouds swell into breasts, divide into buttocks, bulge as if with fecundity, scattering a train of spawn through space. They accord with the sombre bulging of the foliage, in which now there are only images of giant or dwarf hips, feminine triangles, great V's, mouths of Sodom, glowing cicatrices, humid vents. This landscape of abomination changes. Gilles now sees on the trunks frightful cancers and horrible wens. He observes exostoses and ulcers, membranous sores, tubercular chancres, atrocious caries. It is an arboreal lazaret, a venereal clinic.

"And there, at a detour of the forest aisle, stands a mottled red beech.

"Amid the sanguinary falling leaves he feels that he has been spattered by a shower of blood. He goes into a rage. He conceives the delusion that beneath the bark lives a wood nymph, and he would feel with his hands the palpitant flesh of the goddess, he would trucidate the Dryad, violate her in a place unknown to the follies of men.

"He is jealous of the woodman who can murder, can massacre, the trees, and he raves. Tensely he listens and hears in the soughing wind a response to his cries of desire. Overwhelmed, he resumes his walk, weeping, until he arrives at the château and sinks to his bed exhausted, an inert mass.

"The phantoms take more definite shape, now that he sleeps. The lubric enlacements of the branches, dilated crevices and cleft mosses, the coupling of the diverse beings of the wood, disappear; the tears of the leaves whipped by the wind are dried; the white abscesses of the clouds are resorbed into the grey of the sky; and—in an awful silence—the incubi and succubi pass."

That comment about the woodman cutting wood - I"ve got a friend who is really into wood chopping. When I got married, the main thing my wife wanted at the wedding was a big fire, so I bought a load of wood off a farmer and then got this mate to bring his axe down and we chopped it all day, lazing about in the sun, smoking spliffs. I got quite tired of it, but he is so into it. He was saying how annoyed he got when he had a load of wood saved up and his brother came home and chopped it all, he was really fucked off by it.

My other half and I were eyeing up Liguria (pre-Covid) for a short break. Famed for its oaks, could handle a bit of that right now. Coastal coves and extended woodlands hugging the region. Autumn’s cooler temperatures would suit it, even better by train down through France. Oh well
C

william_kent said:
In unexpected ways! The author of an article "Tuhoe, Children of the Mist", kicks it off by dedicating it to "The Polynesian Vikings".. I actually came across the Maori article when looking for a paper by Margaret Solomon called "The Phallic Tree of Finnegans Wake" which caused a stir at the first International Joycean Symposium in 1967;


I can't find the paper online so I've ordered a copy of the book it was published in...
Click to expand...

Just flicked through the "tree" chapter. I was obviously looking out for anything to do with trees in FW but missed this "truefalluses" bit.

although neither of them actually say that.

One thing I do really like about Joyce is that he talks about trees and plants quite a lot, he includes them ("mineral, vegetal, animal"). And also fog and cloud.
W

Just flicked through the "tree" chapter. I was obviously looking out for anything to do with trees in FW but missed this "truefalluses" bit.

although neither of them actually say that.

One thing I do really like about Joyce is that he talks about trees and plants quite a lot, he includes them ("mineral, vegetal, animal"). And also fog and cloud.
Click to expand...

The book was The Celtic Master: Being Contributions to the First James Joyce Symposium in Dublin - it's a "slim volume" containing a chapter by Margaret C. Solomon which I presume was the basis for the tree chapter in the Eternal Geomater 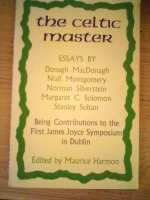 There can be little doubt that the 'tree' and 'stone' motif which threads through all of the chapters pertains to the sons, that the tree-stone combination is signified by the 'Tristan' spelling of Tristram, and that this dual threat to the old man results in the father's replacement. And, since the three (father and son ) have already been defined as figuratively represented by the phallic 'T', there is a strong temptation to suspect that 'tree' and 'stone' are names for the testicles on either side of the penis.
Click to expand...

It's a good reach by her, I'll give her that. That tree and stone are the testicles of man. I never caught it, will have to re-read FW...
C

I mean it's actually quite brilliant. Especially cos right after I considered the sentience of trees, I started looking at stones in the same way.

catalog said:
I mean it's actually quite brilliant. Especially cos right after I considered the sentience of trees, I started looking at stones in the same way.
Click to expand...

your computrer is a stone that we tricked into sentience

With a face on ev’ry mountainside,
And a Soul in ev’ry stone ...
C

sufi said:
your computrer is a stone that we tricked into sentience
Click to expand...

I STRUGGLED WITH A DEMON IN THE WOODS.
I SAT UPON THE ANCIENT STUMP.
TOUCHING THE CRUMBLED FINGERS THAT HAD
FELLED THE TREE.
MARVELLING THROUGH THEIR EYES AS IT TOPPLED
SLOW.

THOSE ECHOS STILL TREMBLED IN THE GRASS.
THOSE FOOTPRINTS STILL FLICKED THROUGH THE
SUNLIGHT.

THE DEMON SEIZED MY LOINS AND WRESTLED THEM.
THE SUN LAY LIKE A PRESENCE ON MY CHEST.

I WAS NAKED AND ALONE.

I HOWLED LIKE A BEAST UPON THE DEAD SHADOWS
WHERE THE FALLEN TREE HAD LAIN.

AND I SPRINKLED THE GRASSES WITH MY OFFERING
TO ITS SILENCE AND ITS WOODEN CARESS.

THE DEMON LEFT ME AND SLEPT UPON THE
OFFERING.
GLISTENING THERE LIKE A MUSHROOM AFTER RAIN.

i've put a write up of the forest bathing session, including a few drawings, on my website

You are encouraged to choose a "nature ally" early on, a small object from the forest that you feel an attachment to. I chose a piece of charred wood.
C

I went to the big yew tree just now with my wife and did the "coming to your senses" activity with her. She really liked it. Then I sat at the base of the tree and found a few allies. Had a pink grapefruit juice at the pub after.

catalog said:
I went to the big yew tree just now with my wife and did the "coming to your senses" activity with her. She really liked it. Then I sat at the base of the tree and found a few allies. Had a pink grapefruit juice at the pub after.
Click to expand...

would you like to sacrifice corpsey to the forest eg by nailing him to a magnificent old oak tree?
C

I think you've got the wrong end of the stick here a little.

luka said:
would you like to sacrifice corpsey to the forest eg by nailing him to a magnificent old oak tree?
Click to expand... 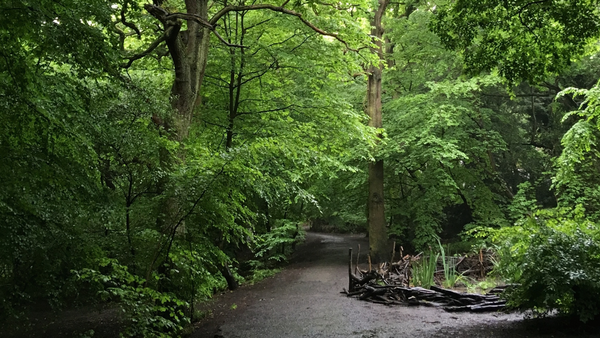 Sun, Aug 1, 2021, 5:00 PM: The perfect way to end the weekend and leave you feeling relaxed and ready for the week ahead.We'll spend a lovely 2 hrs slowly exploring the enchanting Queen's Wood.During

catalog said:
I think you've got the wrong end of the stick here a little.
Click to expand...