‘The Age of Aquadisco’ open call for media content

The recently formed communist nightclub, Ultimate Leisure Workers’ Club,
is organising a (virtual) launch party, ‘The Age of Aquadisco’* in
Putin’s palace, to celebrate the release of the ULWC Reader.**

Although Putin certainly nailed it with the gold-plated swimming pool,
we find his general interior design sensibility lacking – it's hard to
compete, after all, with the royal decorum of yesteryears feudal lords.
And so we kindly invite you to give us a hand with interior design for
the aqua diskoteka palace party – think senseless ruling class luxury,
communist party crashing, neo-feudal opulence, abolitionist revenge
fantasy.

If you’ve created original material, feel free to include your name and
any other details in the file title and we will credit you.

Your uploads will be most tastefully integrated into the virtual palace
by ULWC’s ALYSSA MYLANNO,
The diskoteka will take place Friday 26 February. A full DJ lineup,
entry link and time will be released by 13 February. A link to the ULWC
Reader will be released during the party.
*The Age of Aquadisco was recently coined by Russian protesters as a
response to the release of a 3D rendering of Putin’s palace, which has
since come to symbolise our contemporary era of neo-feudal disaster
capitalism. See, ‘The memefication of Putin’s Palace’, Calvert Journal,
25 January, 2021,
https://www.calvertjournal.com/arti...omedy-pop-video-anthem-protest-song-overnight

--
As of February 2014 I am no longer Deputy Editor at Mute. Mute is now a
voluntary collective I continue to work as a Contributing Editor. 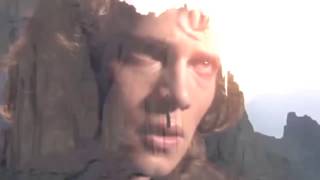 what a line up

Thanks for posting this, @sufi I have been enjoying Neil and Christoph's presentation on Dead by Dawn and Brixton clubbing in the 1990s:

(Nice to find myself getting a mention also!)

The presentation links to a few things we have talked about on here - especially the contrasts between things like goa trance nights like Escape From Samsara and Dead by Dawn. But also that CCRU etc were not as central to the times as they may appear in retrospect.
T

can i get away with uploading the mix I'm doing for a leeds station there? well will give it a shot anyway.
T