I found out about this site during the Skripal Poisoning affair.

bellingcat - the home of online investigations

It's quite interesting what they do, Open Source Intelligence investigations.

Thoughts? Read anything interesting on there? 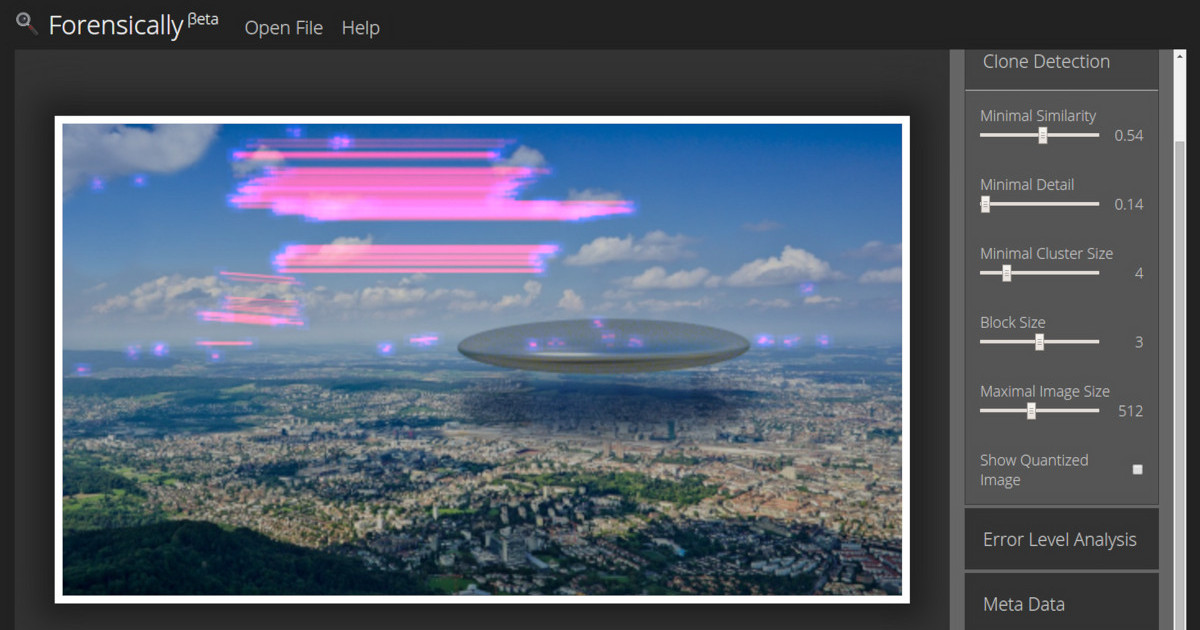 I'll try to find some from news stories I believe to have been manipulated.

Try this photo through those forensic tools.

I'm a big fan. Their book is out very soon I believe. I really liked the podcast about the shooting down of flight MH17 - I thought was amazing how they systematically proved that the Ukranian rebels did it and Russia covered it up.

I think it's increasingly important atm when disinformation, organised trolling and propaganda are so rife. It feels like the future of journalism to me.

If you like them, you'd probably enjoy this episode of this podcast: https://thefirethisti.me/2021/01/26/59-60-anti-fascism-and-the-future-of-complex-warfare/

Cheers I'll give it a listen. I forgot about MH17. Weird synchronicity there for me too. I remember it well. Buk missile. I'd just posted on a film forum about Ukraine after it had been out of the news for months then it happened the next day.

That topic is off limits in our household...

she didnt do it did she? surely not

looks suss to me that site anyway, just at a glance. the russia fixation i guess makes me go hmmm, what actually is going on here. i'll research it, see what i can find out. maybe everything is above board but it looks shonky

I've heard it suggested bellingcat are controlled opposition/linked with the security services, but the people who suggested it say that about pretty much everyone.

Dlaurent: Don't worry too much about Luka. He gets very reactionary when people start challenging conspiracy theories.

Luke: Not trying to start a fight but you do do this. You were doing it last week with the Qanon people. It's like you feel personally affronted when people start challenging this stuff. Maybe you were pissed when you wrote that idk.
Last edited: Feb 12, 2021
D

version said:
I've heard it suggested bellingcat are controlled opposition/linked with the security services, but the people who suggested it say that about pretty much everyone.
Click to expand...

They identified the Skirpal poisoners so the Russian state-affiliated networks do have it in for them. They did prior to that anyway but that was a big one.

Recently they've done a big investigation into the FSB team that tried to kill Navalny. They actually got him to speak to one of the poisoning team which is completely bananas. You're gonna see lots of counter-propaganda and smear attempts.

Edit: here's the audio. I watched the video but that's disappeared for now:

I do wonder sometimes if people realise how much effort goes into this stuff - there was a massive, massive attempt that largely worked to smear the White Helmets for instance. These are pretty big state led efforts. And it works - even here, there's a shred of "reasonable doubt" attached to their findings. I know it's only a shred but....
Last edited: Feb 12, 2021
D

IdleRich said:
That topic is off limits in our household...
Click to expand...

These guys are worth looking at: https://forensic-architecture.org/

Similar but more of a focus on human rights violations than state disinformation I think? They're in that academic/arts space. They were shortlisted for the Turner in 2018.
C

Forensic architecture are really interesting, the main book is a good read, as is his really short one that kicked it all off, mengele's skull.
D

I'm sure they're the tip of the iceberg as well. Must be lots of people doing this stuff now as the tech is so accessible. A friend mentioned some people he knew had been uncovering white nationalists in the experimental music scene via this stuff.

DannyL said:
Dlaurent: Don't worry too much about Luka. He gets very reactionary when people start challenging conspiracy theories.

Luke: Not trying to start a fight but you do do this. You were doing it last week with the Qanon people. It's like you feel personally affronted when people start challenging this stuff. Maybe you were pissed when you wrote that idk.
Click to expand...

just gave my sense of it as i glanced at the front page. it looks suss. that's not to say it's all lies, just that it probably isnt what it says it is.

i havent drunk at all this year. not a drop.
D

Congrats! I'm enjoying a few beers in lockdown but I don't go heavy anyway, not anymore.

They're pretty clear about what they are if you read through it. You can track Eliot Higgin's life fairly clearly.

well, i wont start a massive social media harresment campaign against them just yet in that case.
D