Recently NASA released some so-called sounds of Mars.
It's close to science-fiction :
Someone ordered (maybe on eBay ?) a microphone (DPA 4006), and USB preamp (DPA MMA-A). Yeah, a miniature preamp connected in USB to the system of the rover. Total of their budget for audio : 3000USD (about the same I use daily for recording sounds of rivers and frogs and stuff). Then install it on the rover which traveled from one planet to an other, crossing a little part of our solar system.
Of course, they recorded something : the self-noise of the dear little robot (mechanical sound or electromagnetic interferences). Then they filtered it (like we have to do with documentary films when the film-maker didn't hire a sound recordist) and got some nice noise/rumble caused by the wind of mars blowing on the microphone. The sound they got is not very different from the recordings made by students who borrow a portable recorder and forget the wind protection...
The images are spectacular, the whole adventure is mind-blowing... But the sound part of the performance is quite unbelievable.

https://www.nasa.gov/.../nasa-s-mars-perseverance-rover...
Below two sonograms of the original recording (the rover self-noise) and the filtered recording (the poor microphone being abused by the martian wind).
** update: this DPA microphone is the one on the side of the Rover for the "Entry, Descending, Landing", process. On the SuperCam there is another microphone designed for analysis. Maybe we'll be luckier with this one. 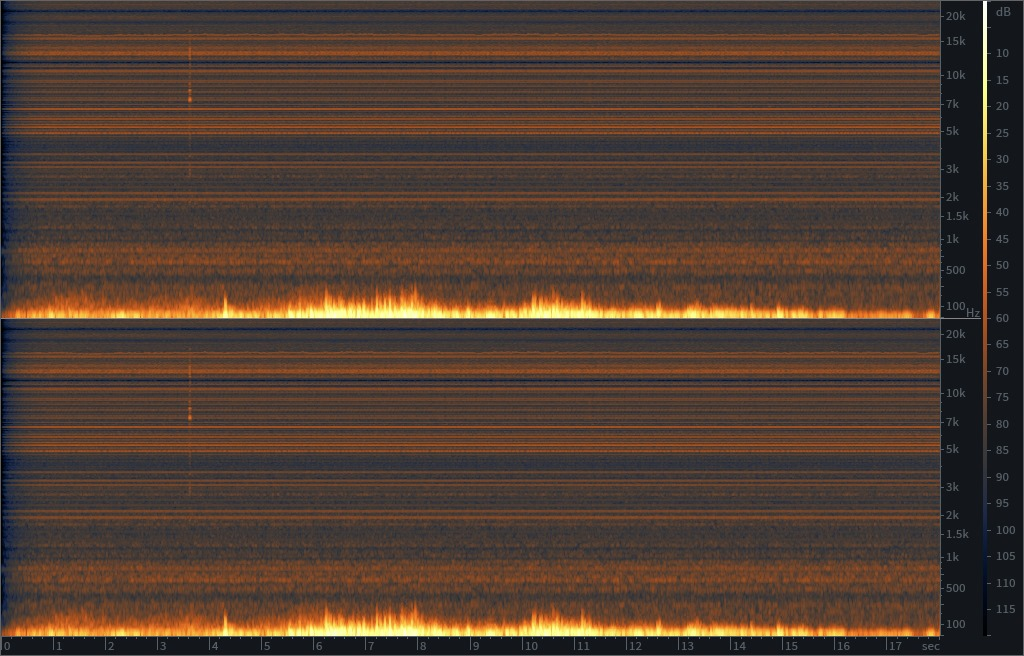 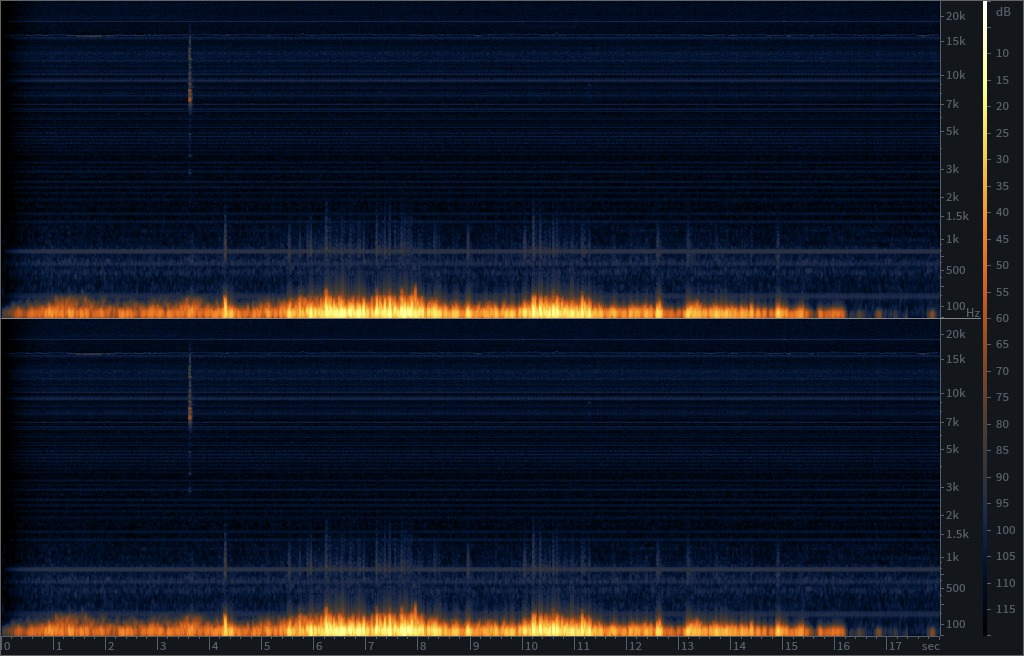 It's cool. But what is the practical use of this? Does this help you spot something unusual? I do not understand. Or do we still hope to hear the Martians?