i'll look for it

IdleRich said:
That was not a recommendation made entirely in good faith I'm afraid. The 'bad boy' author travelled round the country fucking farm animals... the book is the photographic record of his adventures. I was hoping to entrap someone else with that bait.
Click to expand...

Sounds like something Lewis would think was the most amazing thing ever.
C

IdleRich said:
That was not a recommendation made entirely in good faith I'm afraid. The 'bad boy' author travelled round the country fucking farm animals... the book is the photographic record of his adventures. I was hoping to entrap someone else with that bait.
Click to expand...

Who else did you trap? Corpsey?

craner said:
Who else did you trap? Corpsey?
Click to expand...

Corpsey told me about it. 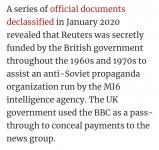 IdleRich said:
If you want to understand Russia in the 21st then truly THE only book is Deep Inside Russia (sometimes translated as In The Heart of Russia) by Sorokin. I recommend you all check it out immediately.
Click to expand...

Ahh silly me. Getting caught up in the lad’s banter when I thought we were being sincere.

I feel guilty now.
I mean Sorokin is an important writer I guess, but, like I say, he does seem to aim to shock. When you gave this description

A good recent novel about modern Russia is Keith Gessen’s A Terrible Country about an emigre who returns. Based on his own experiences, he spends some time with various political groups
Click to expand...

It somehow reminded me of the Pelevin book (and the film based on it) that I mentioned above - not that it is based on someone that returns, but just simply in the way that it attempts to provide a snapshot of how he sees Russia (in the 90s) with the hyper-inflated capitalism and so on. Standing for the various political groups you have the broader category of different powerful groupings; there are Chechen gangsters, businessmen (in the advertising sector - always a good choice to represent naked, shallow capitalism at its most dishonest I find - and particularly apt here because it was a new thing in Russia at that point) and shamanic religions (which also rings true cos girlfriend told me that after the collapse of Communism, as well as the well-documented rise of Orthodox Christianity, there was also a proliferation of small cults and other religions, people she knew or even people of the generation above suddenly became (say) Sikhs or even joined (briefly I think) into little whackadoodle cults).
It's obvious why a lot of people write about that time, it's famous for its "wild west" unfettered bandit-capitalism during which loads of people got very rich, but it does seem as though there was much more freedom and potential in other walks of life too which is often - perhaps understandably - overlooked in favour of the more famous narratives about robber-baron oligarchs seizing their companies and becoming overnight billionaires - to me, now you've have this unholy (ironically) alliance between Putin and the church, it's hard to imagine little religions being allowed to sprout up so easily and live or die on their own perceived merits - or for think tank pseuds like Dominic Cummings to go and try and set up an airline or whatever it was he trying to do for that matter
And also, that same idea of potential was seemingly true on a personal level too (and probably many others). I've said this before here but it really stuck in my mind that my girlfriend told me about how in the 90s when they getting all these extra freedoms and cool stuff and bars and so on and she thought to herself "Oh if this is the start, imagine what will be happening in twenty years, the future looks so exciting" - but in fact, now she sadly says that what she thought was the first step of many in the right direction, turned out to be the high water mark.
But I digress, and I don't want to make out that I have any special insight into the country, these are just personal observations from the two of us, the Pelevin film is very good and I suspect the book is too. Sorokin is a provocateur but maybe shouldn't be totally dismissed.... his confrontational photography book is just thing which shouldn't necessarily overshadow his whole body of work.

@jenks have you read Sanctuary by Faulkner? I'm intrigued by this book and its relation to the Balabanov film Cargo 200. He claimed the film was based on events that he experienced but others claim it seems too similar to that book for it to be true. I guess I'll have to find out for myself.
Last edited: Feb 24, 2021

I was a student in Russia when Generation P came out and read a few Pelevin books. Was wondering what happened to him. My Russian was never that great so I read Gen P with a dictionary in the other hand and really felt like I wasn't understanding it but I feel like that about books in English half the time tbh.

Of course the story goes that he was a KGB plant, so...
C

This is a good book about post-Soviet "managed democracy" written before recent events and therefore a useful resource about the origins of a lot of this stuff without the paranoia and sensationalism that gets dolloped on top of the narratives now. I mention it because there is discussion of Zhirinovsky as an agent provocateur inside: