Here's a clip of the 2011 Graffiti Jam held in the Mancunian Way underpass in Hulme, Manchester - this ties together some of the themes of this thread: bridge, rave, drugs, graffiti..

william_kent said:
I'm afraid I didn't go to loose space. I've not seen a whale in the wild.
Click to expand... 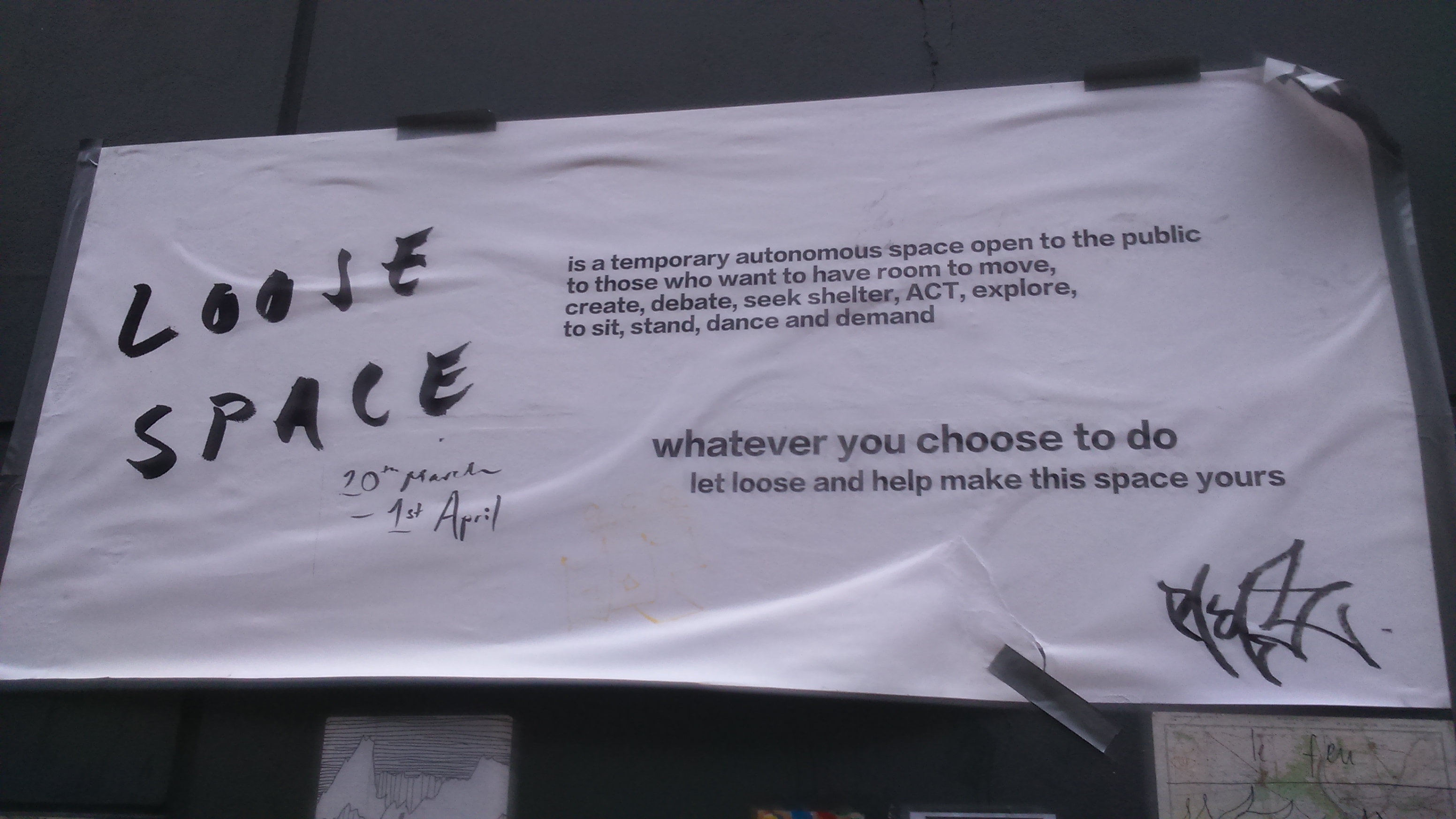 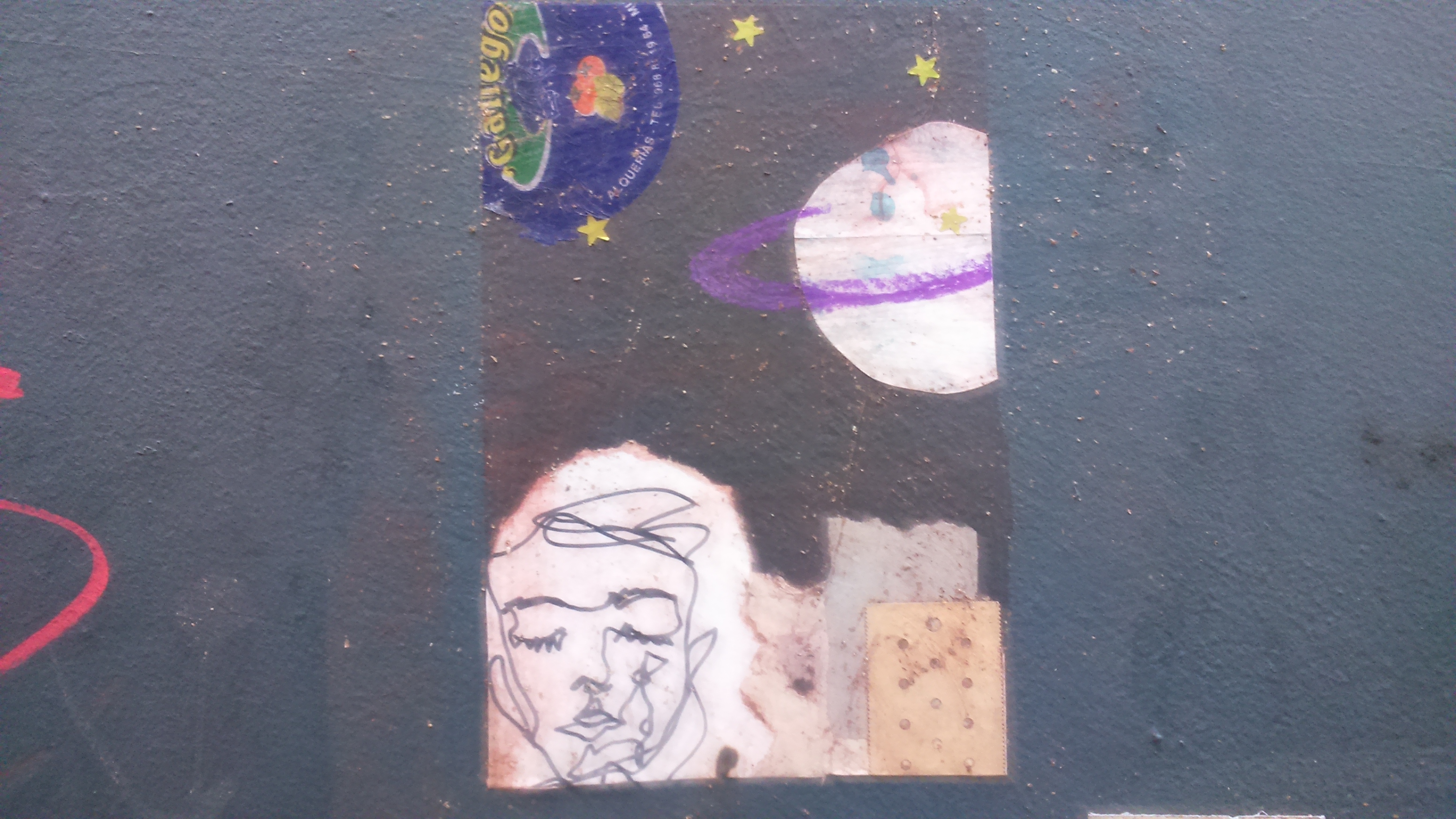 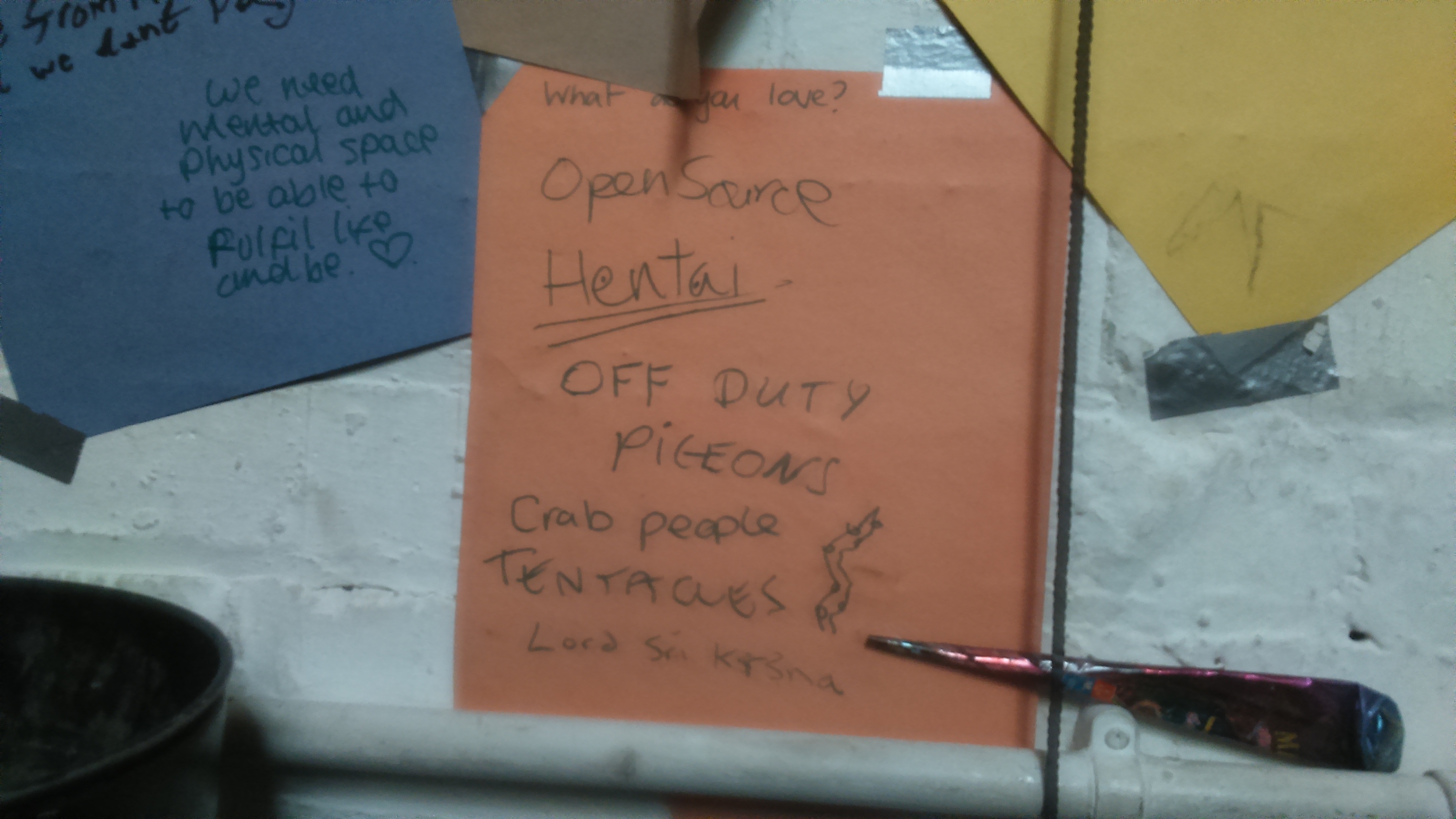 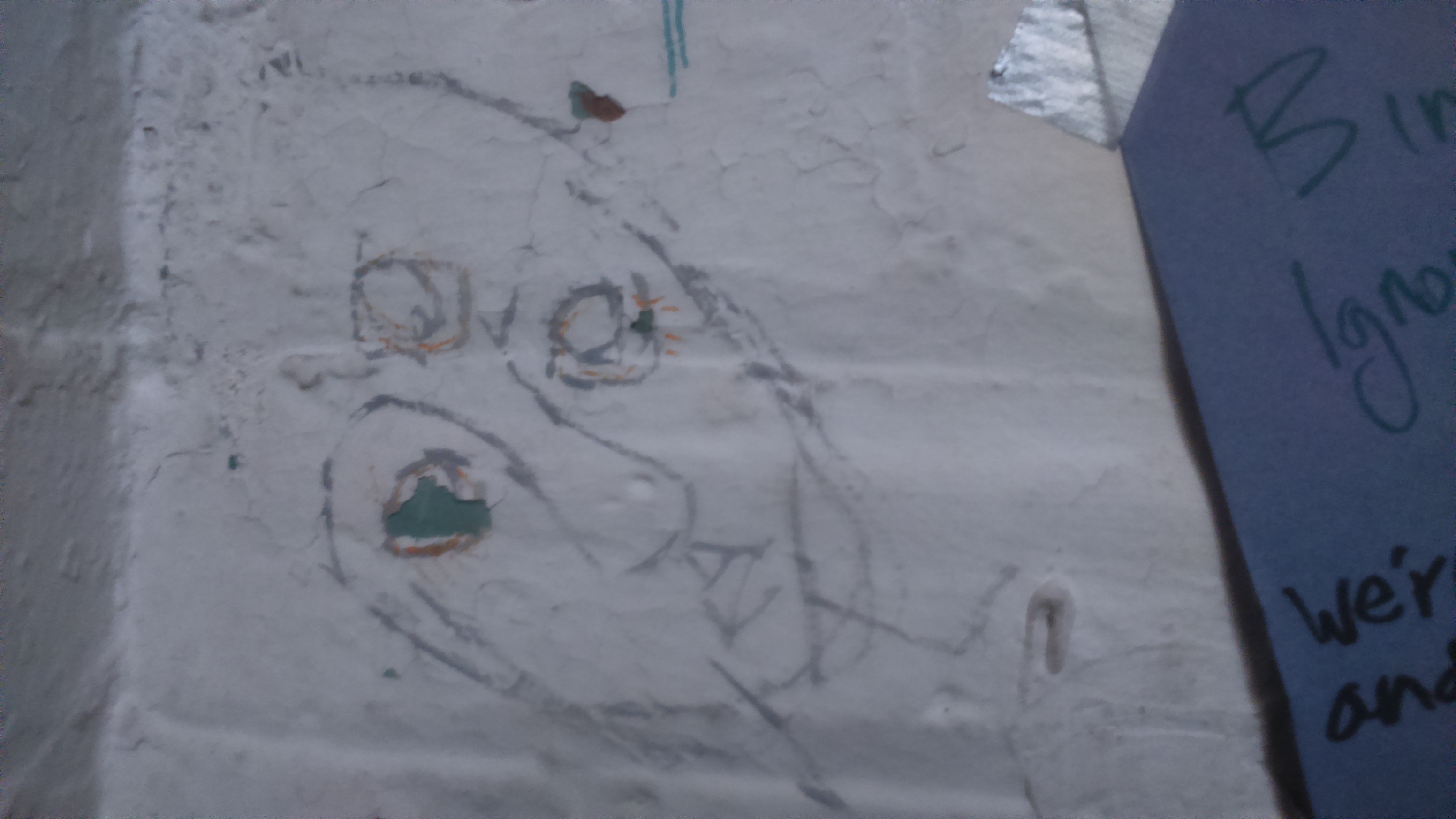 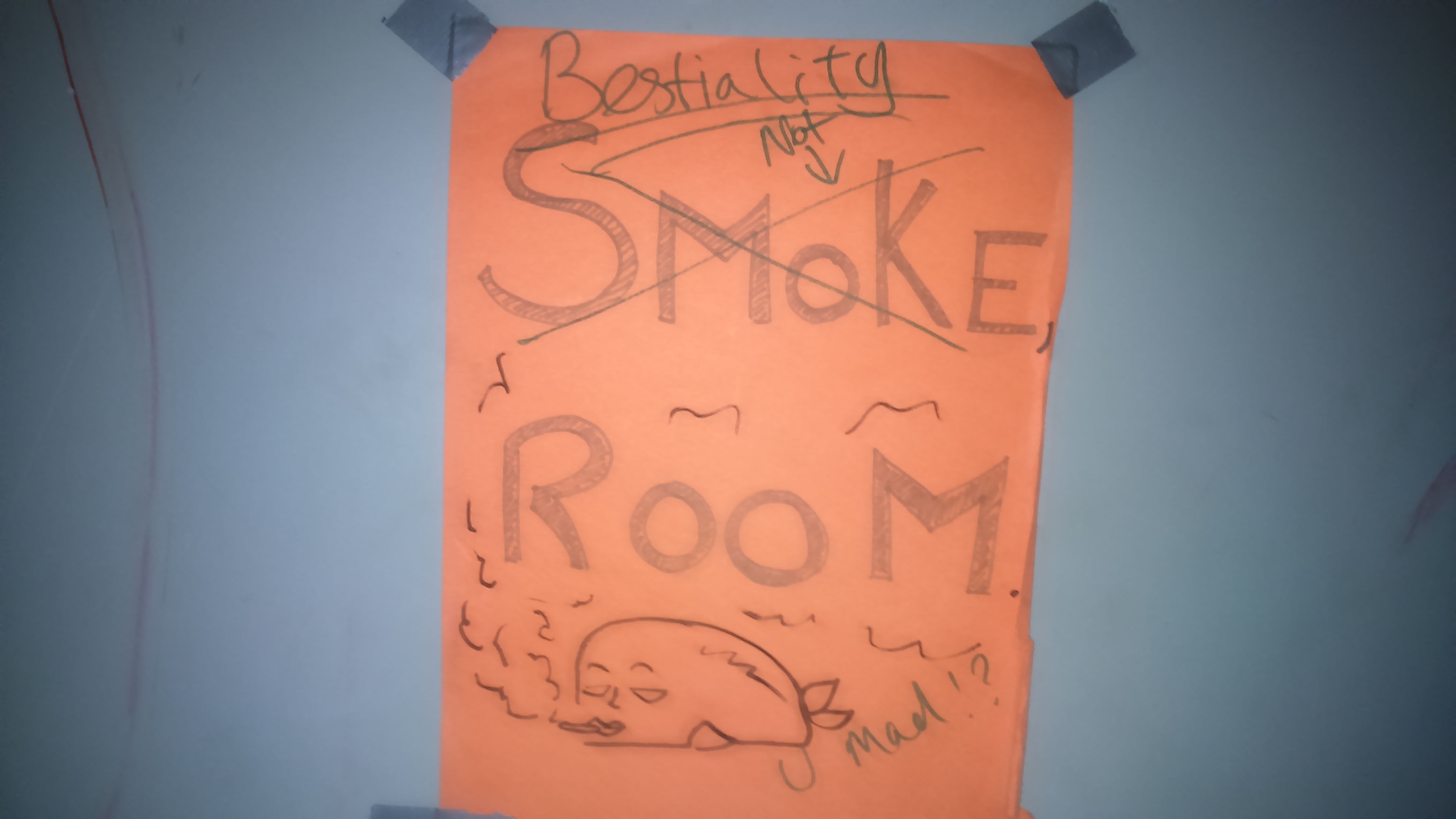 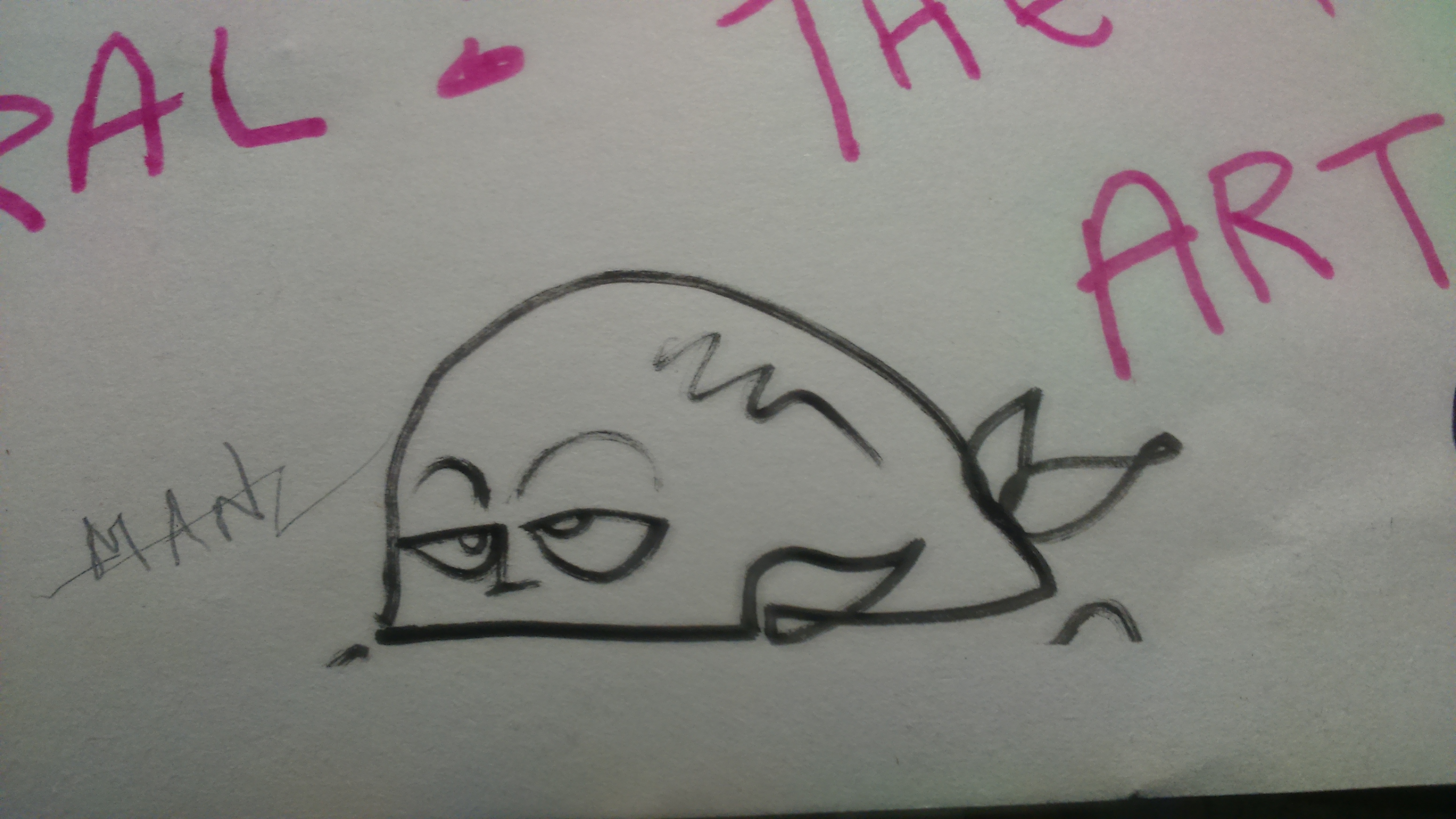 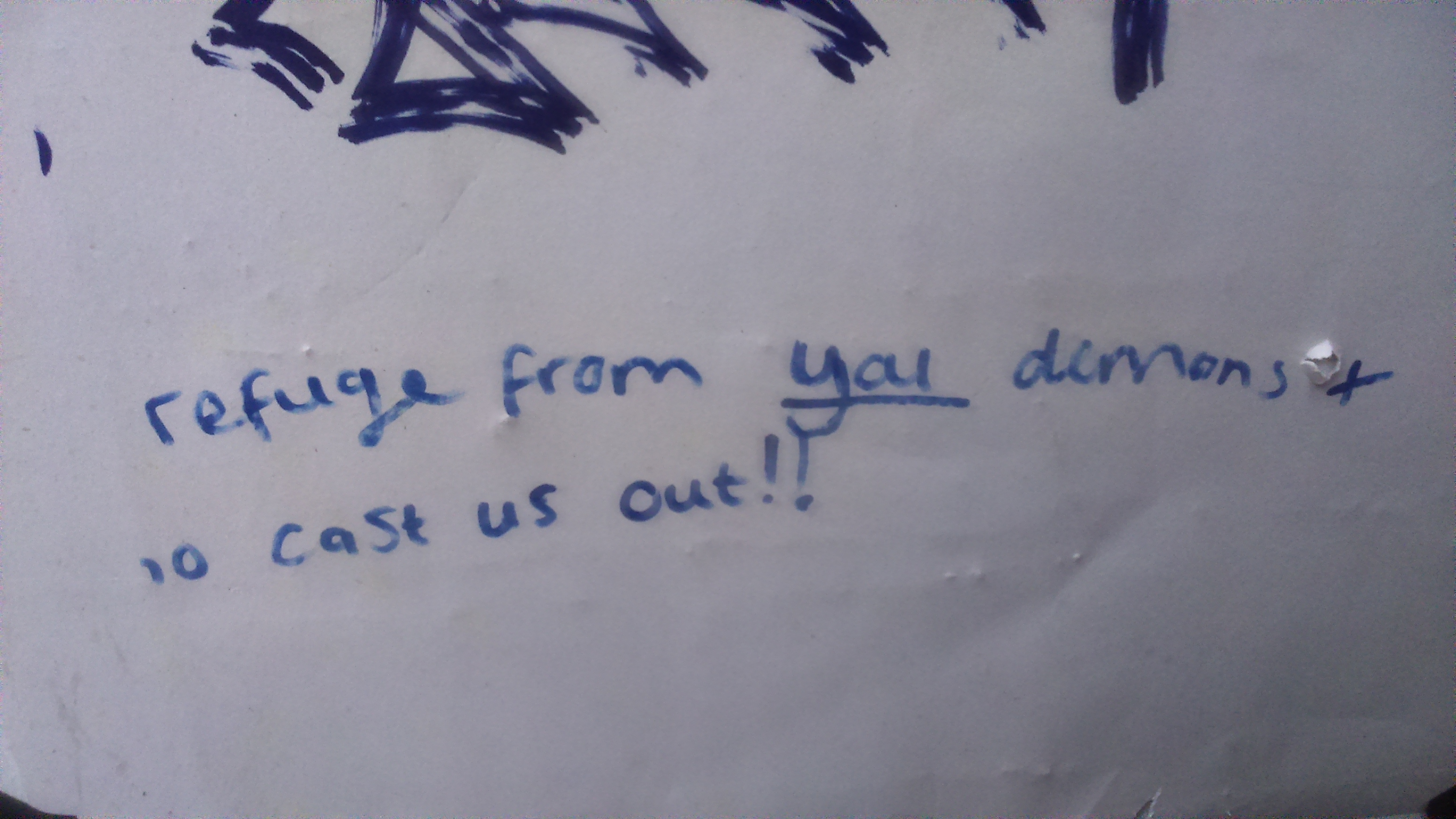 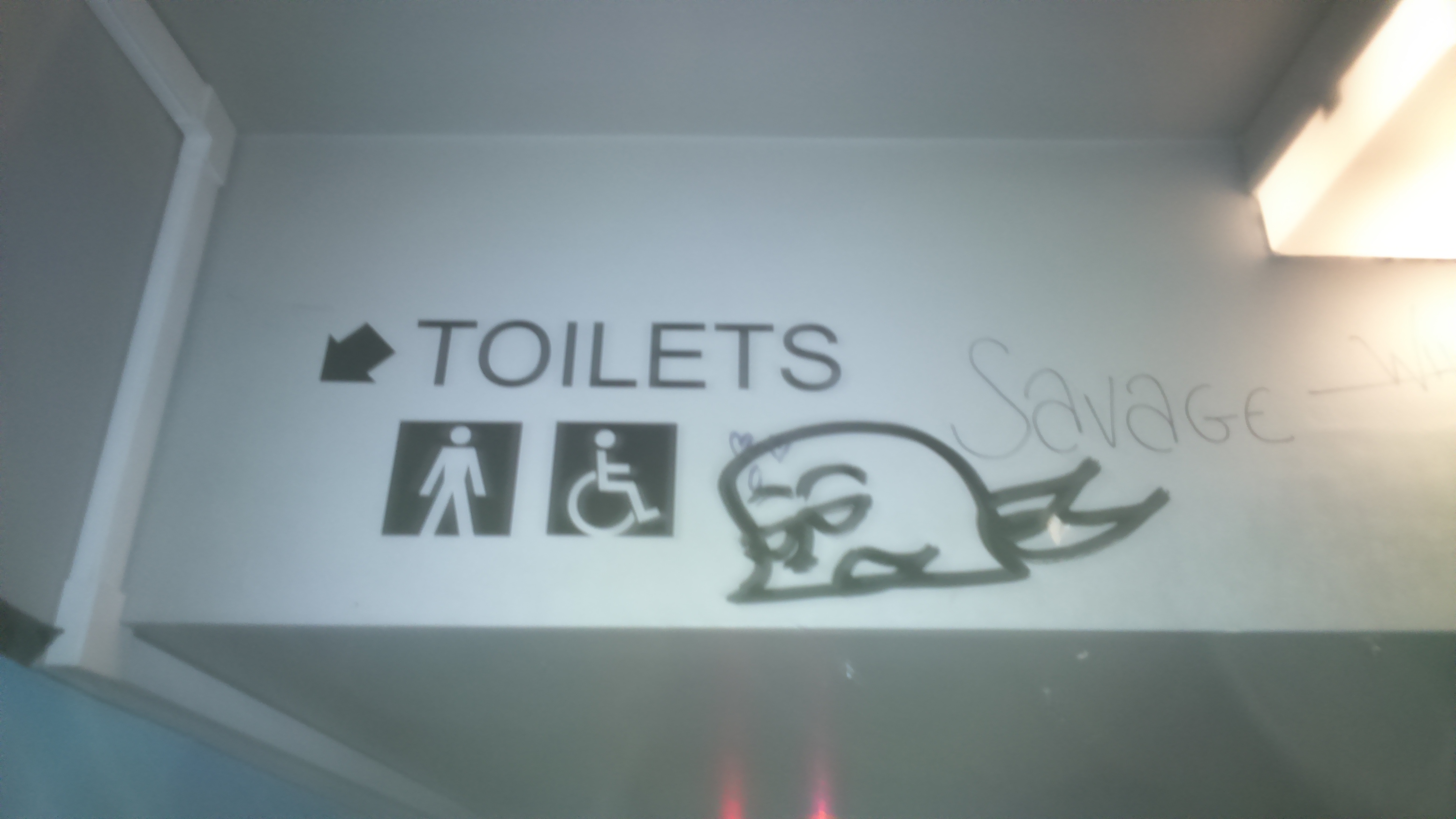 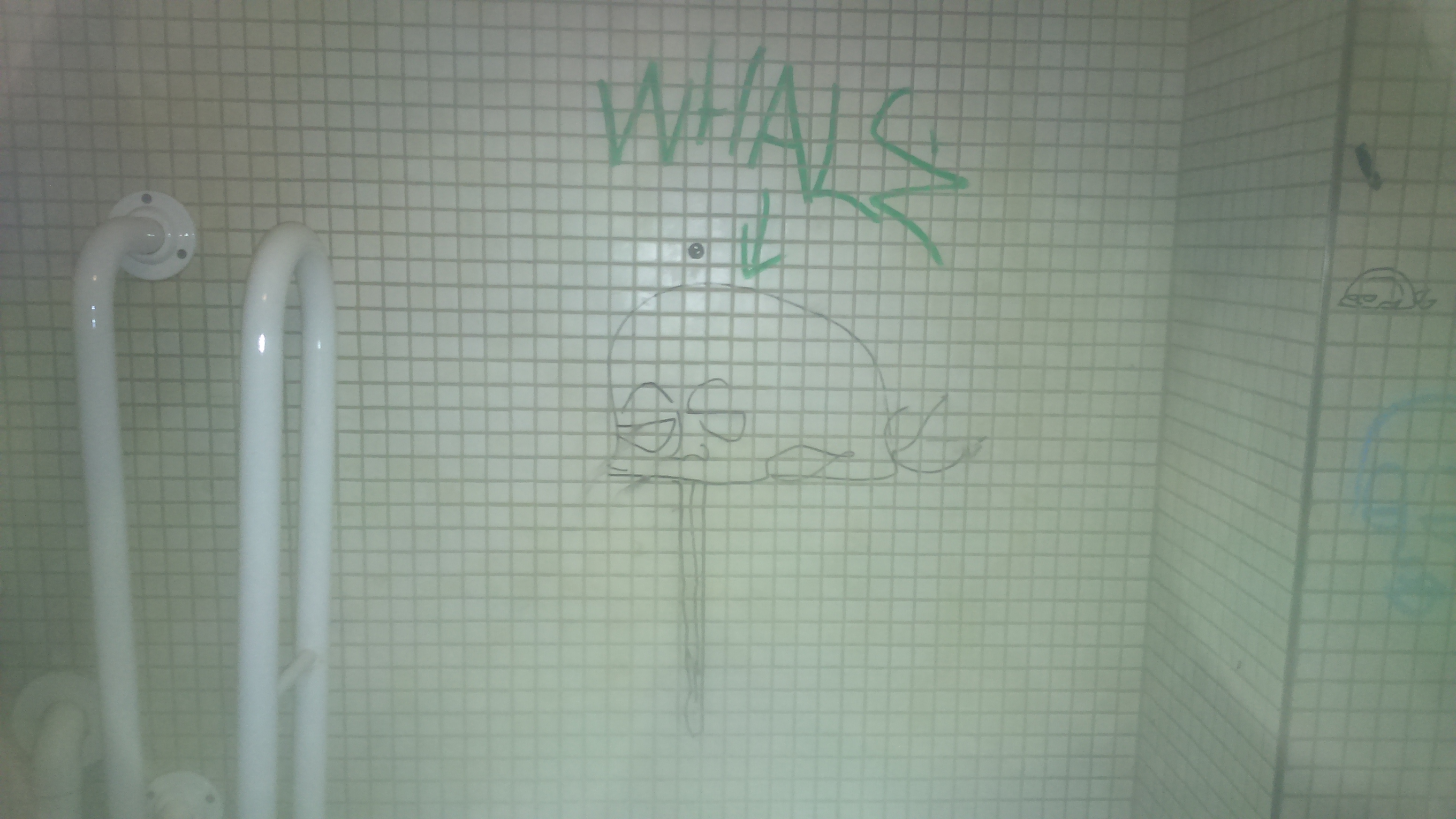 It's a bridge, steeped in history and mystery, but it's not a good one.. 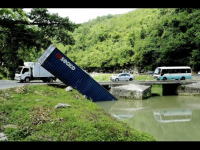 One of the oldest bridges in Jamaica, said to be the home of River Mummas ( mermaids ) who live in a bottomless hole beneath the bridge, and also populated by the ghosts of the slaves who died during its construction. There is a legend that there is a table of gold that appears by the bridge when the noon heat is at its highest, although people who have tried to retrieve it have drowned in the attempt.

There are a few songs named after the bridge:


Ansell Collins - Flat Bridge
An instrumental to The Ethiopians' Gilda which is also known as Build A Bridge.


Jah Ruby - Bridge Overflow
"Whole heap a bridges I & I haf to cross - true thing star!"
Jah Ruby chants a roll call of bridges in Jamaica, but it is Flat Bridge that catches his attention due to being flooded when he gets there 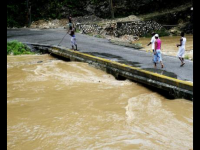 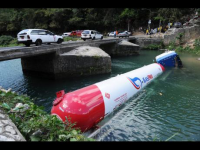 Just after 5 minutes in

Maybe more a short interlude rather than a bridge.

Englands greatest ever MC, hands down.

i watched gummo again the other night. one of my top 5, i used to love it as a teenager and still think it's good. although "problematic" as well.

I was suddenly reminded of Jesco White, the "Dancing Outlaw" and this sequence where he clog dances on a dodgy bridge ( probably after huffing some glue, which seems to be a hobby of his )
C

I remember watching the Vice film about that guy https://en.wikipedia.org/wiki/White_Lightnin' but it wasn't very good. Don't think i've seen the docs, they are probably a lot better.

catalog said:
I remember watching the Vice film about that guy https://en.wikipedia.org/wiki/White_Lightnin' but it wasn't very good. Don't think i've seen the docs, they are probably a lot better.
Click to expand...

Dancing Outlaw is the original and best documentary on Jesco White. There's amazing stories about family feuds, relatives getting shotgunned over a pair of sunglasses, shots of Jesco lip-synching to Elvis tunes in his "studio", ...

Here's Jesco recounting one of his glue hallucinations:

"this woman, a beautiful woman, just like a lady from heaven, like an angel's body, pretty blonde diamond shapes in her, and her tongue was just like a snake's tooth."

who's the free jazz sax man who used to practice on the bridge in NYC, he's mentioned in the Miles autobiography
W

woops said:
who's the free jazz sax man who used to practice on the bridge in NYC, he's mentioned in the Miles autobiography
Click to expand...

Rufus in "Another Country" by James Baldwin commits suicide off the George Washington Bridge:

Arguably James Baldwin's most tortured protagonist, Rufus Scott of Another Country (1962) reflects the author's view of the artist as prophet. Baldwin based him on Eugene Worth, a friend who committed suicide; like Worth, Rufus jumps from the George Washington Bridge. Ironically, Rufus's premature suicide catalyzes the other characters' physical and spiritual journeys.
A fledgling Greenwich Village jazz drummer, Rufus symbolizes American and existential loneliness; we first encounter him “peddling his ass.” Psychologically and physically eviscerated, he is rescued temporarily by Vivaldo Moore, his Italian American best friend. Rufus also finds momentary solace with Leona, a white southerner. However, hegemonic oppression engenders an acute malaise in Rufus. Leona becomes the receptacle for his racial and self hatred and goes insane. We also learn of Rufus's former lover—another southerner, Eric Jones. Because of society's constricting definitions of manhood, Rufus repulsed Eric's affection. Ultimately, Rufus's multiple demons compel his suicide, which concludes the opening section.
Rufus's spiritual deformity is symptomatic of an American ethos that constructs racial and sexual barriers. Only when characters such as Vivaldo vitiate society's restrictions can they enter “another country,” a metaphorical haven where love can exist. Rufus remains a groundbreaking figure in African American literature as one of the few suicides. Baldwin's characterization also signifies upon the discursive treatment of black men as archetypal victims, for Baldwin makes Rufus “partly responsible for his doom” (Conversations with James Baldwin, 1989).
Therman B. O'Daniel, ed., James Baldwin: A Critical Evaluation, 1977.Trudier Harris, Exorcising Blackness: Historical and Literary Lynching and Burning Rituals, 1984. Fred L. Standley and Louis H. Pratt, eds., Conversations with James Baldwin, 1989.
Keith Clark Show Less
From: Rufus Scott in The Concise Oxford Companion to African American Literature »
C

walked over a bridge i've never walked before the other day. some "interesting" graffiti 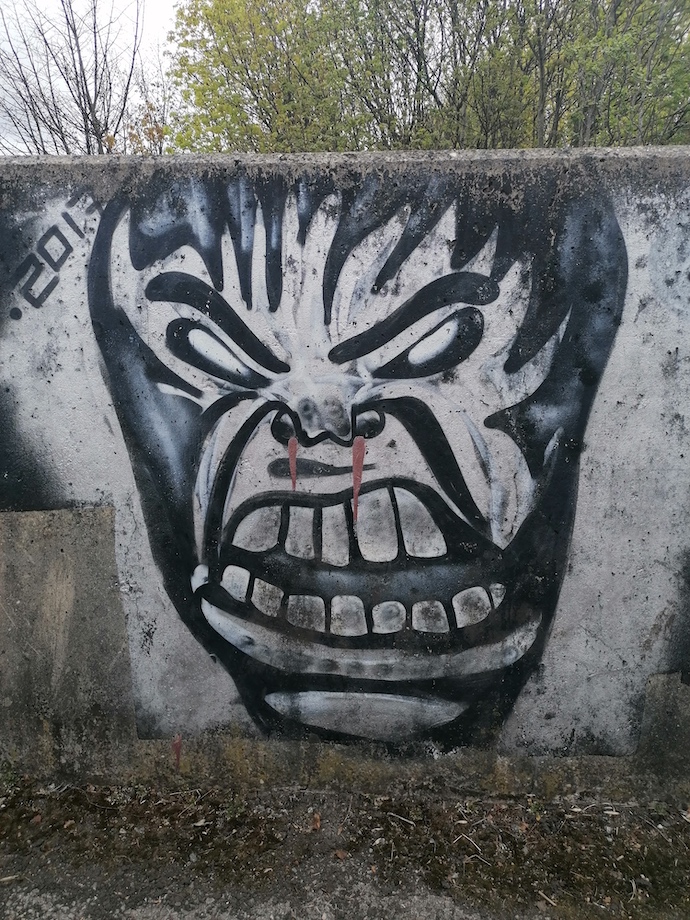 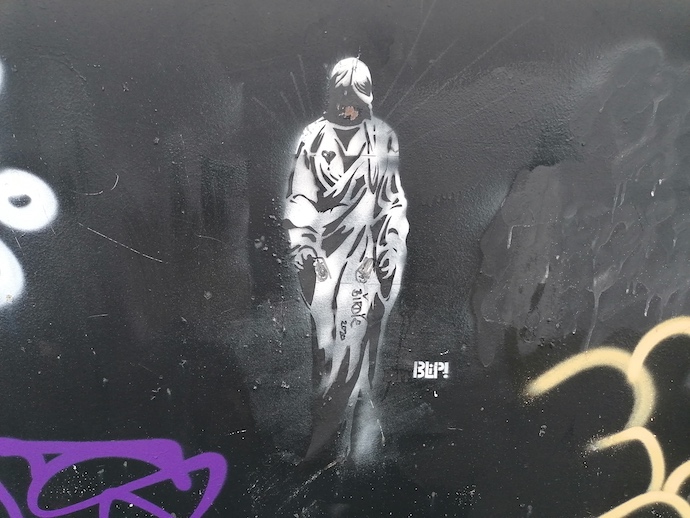 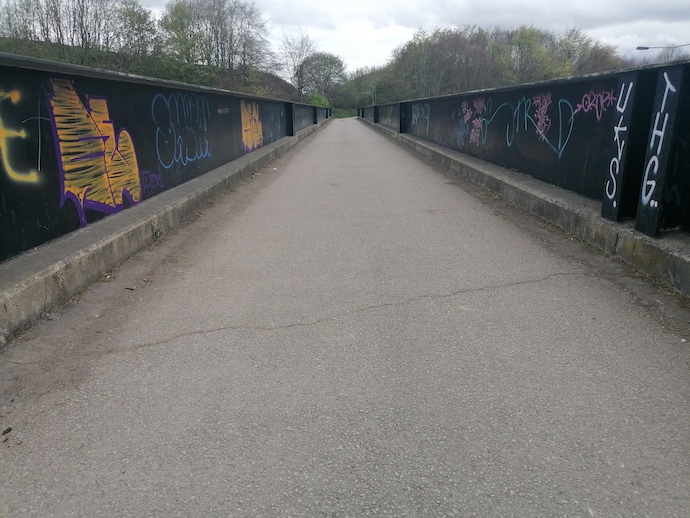 She was a guest on the last plague pod
W 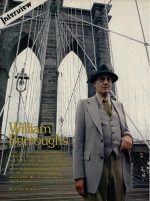 yeah bridges are actually a huge part of the mythology of NYC - i've just been watching the godfather films and goodfellas and bridges feature a lot, as they do in abel ferrara as well. lotta deaths and chases under big bridges.
B

catalog said:
yeah bridges are actually a huge part of the mythology of NYC - i've just been watching the godfather films and goodfellas and bridges feature a lot, as they do in abel ferrara as well. lotta deaths and chases under big bridges.
Click to expand...

Apols if already posted. Watched this the other night and reminded me of this thread.