COINBASE for Crypto has come

Its like non-fungible assets have "jerkier" fair market value movements, if that makes any sense.

Its like non-fungible assets have "jerkier" fair market value movements, if that makes any sense.
Click to expand...

You should check out the trees, mint price a d floor price are dynamically self-regulating, only marred by low information human factors 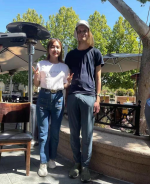 Thats pretty funny. Paxos has had a gold-pegged stablecoin for a while, but they are US-based.

is that an iPhone 14 Pro in his pocket or is he just glad to see her?
M

Let's fire this up again, I want to retire by Xmas. Joke dog coins are the only ones that've paid off for me so far, but now I'm all in on QNT, XRP and HBAR - smart move? Also what's Dissensus' take on Vectorspace AI? Cheap right now, and sexbots are surely a future boom industry?

martin said:
Let's fire this up again, I want to retire by Xmas. Joke dog coins are the only ones that've paid off for me so far, but now I'm all in on QNT, XRP and HBAR - smart move? Also what's Dissensus' take on Vectorspace AI? Cheap right now, and sexbots are surely a future boom industry?
Click to expand...

I still don’t know anything about QNT, and I only have shallow understandings of XRP and HBAR.

I can’t pretend to have done a survey of retail investor comprehension across various securities, but in the case of cryptoassets their business models are all predicated on pretty complex tech - assuming the cryptoasset in question actually has a business model and not just some ponzinomic protocol and a few tiktok influencers shilling it.

Someone made a site where you can search by full legal name and learn how much money depositors lost in Celsius, a centralized crypto lending/custody platform that filed for bankruptcy this year. I lost a little under $1,400

There is even a leaderboard

CelsiusNetworth is a tool to check how much you have lost unbanking yourself!

Also in Lobby3 we're paying for legal consulting services in stablecoins! Still pegged to the dollar, but operating outside of the banking system, on a public distributed ledger, which I still think is kinda profound.

WashYourHands said:
Fresh dreams are the highest you can get if you’re a dream muncher with a sweet tooth
Click to expand...

I mean it’s borderline religious in structure now we’re past the initial qualia of sugary, fizzing novelty factors and potentials, like buying drugs or burying funds of nefarious provenance

liquidity makes it a dollar enterprise to a gimp such as me - you can print/mine new coins but your anchor is the system you seek to supersede, people need to buy in so the empire’s never ended

plough into what you’re motivated by, be a grey world if you didn’t. Americans look at scale beyond empire and I’m not coming the cunt but this is similar to witnessing Lourdes, Andrew Yang aka Jesus, Moldbug aka Satan, blockchain as stations of the cross where the big reveal is a plastic figure you can’t touch. Steam got things moving at least

This must be what it feels like reading some of my earlier posts here.

I still maintain that the notion that cryptocurrency can somehow operate independently of the underlying fiat economy is facile. The question of operating outside of the banking system is more viable, unless we arrive at a state of regulatory capture that prohibits usage of non-custodial wallets and forces everyone to use wallets managed by bank-like institutions. That would be a very tough thing to enforce though.

If web3 isn’t a con why sell it as a 3, an iteration of supposed progress? (not you, more marketing games in general)