being mean and rude because someone is kind and polite

agree, @boxedjoy. an old boss gave advise when I first got to a supervisor level and had to manage people: the thing that's under discussion and review isn't personal, it's strictly the work. in the case version describes, the discussion would focus not on the employee's unreasonableness, but on their productivity, quality of work, impact on productivity of the other employees, etc. it's not about her, it's about the work. when you remove the personal aspect, it's clear if things are right or wrong, achieved or not achieved.

I'm coming off sounding a bit heartless around work too, even though I generally support unions and workers rights. I just think there are cases (like the above) where a worker can go too far. would love to know @john eden's views on all of this. what do you think is a fair course of action for the situation version describes, John?

Hi @Leo I think one of the reasons I do what I do and have the values that I have is that I saw a lot of bullying behaviour at school.

I think bosses often want an easy ride and the solution to this is not to look at it as an isolated confrontation between the boss and a bully.

When I have seen things like this in the workplace the best thing has been when everyone sticks together and sticks up for each other. At the very least people can get together at the end of the week and compare notes and bitch about the bully.

The next level up from that is for people to have each other's backs in the office. Bullies rely on everyone else being scared of them and being glad that it's not "their turn" for the treatment.

The next level up from that is active or passive confrontation, which often depends on confidence, personality etc. But often if someone steps forward and says "I think that's out of order" and people visibily agree that can make a huge difference. Passive confrontation can simply agreeing to ignore the bully. Or subtly fuck with their work space as long as you can't get caught.

If not that, then a collective grievance is the way to go - get times, dates, summaries of what has happened, witnesses. Get as many witnesses as you can. Keep bunging them in to the manager. Make it the manager's problem - make them earn their money, stop them having a quiet life.

I think the union role is interesting as potentially the person could be a member of a union I guess in which case the rep would need to stick up for them if they were on a disciplinary, but there isn't much you can do except plead innocence, illness, stress etc the first time it happens. The second time is even harder. So you are reducing the space they have to operate in.

All of this is about taking steps to build a case - that might not immediately result in dismissal because that is quite hard. But it might chip away at someone's confidence about being a wanker.

I think it is important to look at the collective feeling of the workforce over and above individual rights in this situation - everyone else has the right to do their work without unnecessary aggro or feeling stressed.

Woebot said:
the oldest tale in the world.

such an easy trap to fall into - on both sides

being too kind - as well as being too mean...

what's the way around it? to just be totally neutral?

usually i make a decision - is this person "x" a dog? if they are a dog i kick them - then they are happy. kick dogs - until they learn. sadly, usually they never do.

or, i guess, one just ignores the dogs till they go away.
Click to expand...

I think what's missing from this is mood. We've probably all been shitty to someone because they caught us at a bad time. It would be good to be able to completely control this stuff but I think that is naive.

Some people are actively seeking confrontation and that can be OK if you enjoy that. Sometimes it is better to undermine them rather than meet them head on though.

I deal with a lot of complainy type people in my job and it's sometimes abundantly clear that the thing they are complaining about is a way of venting - that there are other issues they have that are larger. I can't help with the larger issues so I have to be as nice and factual as I can about the surface thing. This can be quite stressful, which is one of the reasons I do it instead of people who are younger and less senior than me. This also means that I can draw a line and be less nice, or engage less when that line is crossed.

I can't think of a time recently when I have deliberately been mean to someone who is "too nice". If it is cloyingly awful then I would probably take the piss out of them behind their back though.

I am dealing with a particularly awful customer at the moment who treats the frontline staff dreadfully and makes all sorts of demands from them. Always nice a pie to me though. These sorts are the absolute worst.

I have told my colleagues to be completely neutral and send me all the emails to deal with - and not to worry about it as I know exactly what this person is like.

I spoke to my sister earlier and the employee in question emailed the boss last night, made a load of false allegations against her then said she'd be handing in her notice, so the boss emailed her back responding to each claim then said her employment was terminated with immediate effect.

They're worried about being taken to a tribunal, but I don't see how they could keep her on. She apparently made a bunch of racist comments in the shop about the people who bought the place a few doors down she used to work at and she got another job without telling anyone whilst she was furloughed.
Last edited: May 29, 2021

Yeah you’d be lucky to take that anywhere at a tribunal especially if nobody has a good word to say about you.

The thing they're worried about is that when she left her last job, her and her husband took to loads of local Facebook groups spreading lies about the staff and employers.

These closed social media groups seem to be quite an issue in general, particularly when it comes to local politics. Read an article the other day about a Labour MP who was repeatedly smeared in several of them then booted from the groups when he tried to respond, likewise anyone who supported him.

Yeah that’s messy but I’d imagine most people would get their number after a while.

version said:
The thing they're worried about is that when she left her last job, her and her husband took to loads of local Facebook groups spreading lies about the staff and employers.
Click to expand... 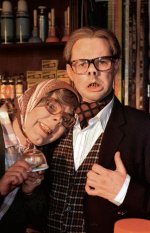 john eden said:
Sometimes it is better to undermine them rather than meet them head on though.
Click to expand...

my new words to live be. 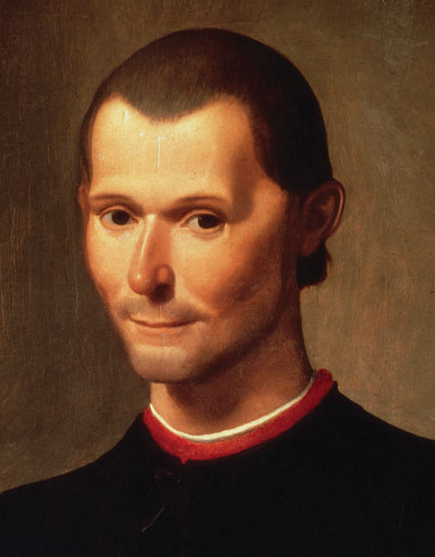 john eden said:
All of this is about taking steps to build a case - that might not immediately result in dismissal because that is quite hard. But it might chip away at someone's confidence about being a wanker.
Click to expand...

this is the result you want - the employee in question to just get it together. Because it's easier than firing and replacing them.
B

version said:
I spoke to my sister earlier and the employee in question emailed the boss last night, made a load of false allegations against her then said she'd be handing in her notice, so the boss emailed her back responding to each claim then said her employment was terminated with immediate effect.
Click to expand...

this is even better!
B

I mean I'm all for unions, protecting workers rights and conditions, etc. But some people forget that employment is a transaction: you sell your labour for a wage, and you have to be as willing to sell it as the employer has to be willing to buy it.
L

unions should protect workers from being exploited by management/owners, not protect horrible disruptive employees against fellow employees and everyone else!

Leo said:
unions should protect workers from being exploited by management/owners, not protect horrible disruptive employees against fellow employees and everyone else!
Click to expand...

The worst case I've seen of the latter is the stuff with the police unions in the US.
T

He was right about that, and I say this as someone who likes to smoke 4 gram spliffs at once. His problem is he was a helpless anglo basket case and had to construct a false binary between niceness and being rude. Politeness is the English disease, Mark! The question is entirely irrelevant. There are necessary social courtesies, and then the language in which you praise and in which you insult must be finely tuned to the exact same elegant specifications.
Last edited: Friday at 4:17 AM
You must log in or register to reply here.
Share:
Facebook Twitter Reddit Pinterest Tumblr WhatsApp Email Share Link
Top