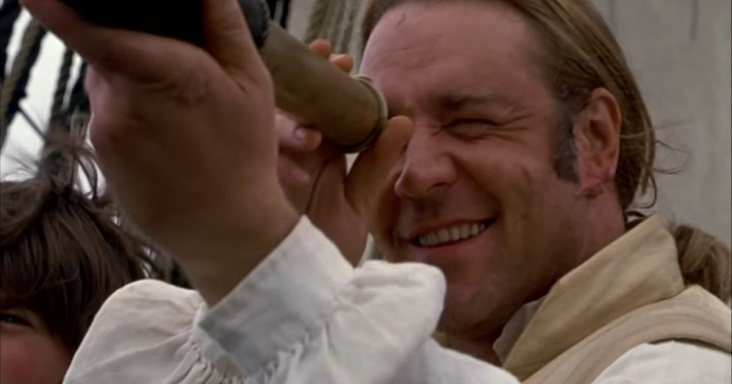 Even fat londoners have this face. Slimzee being the prime example

I wrote everything you need to know about the British attitude to pleasure three years ago.


Mr. Tea said:
I think this is one half of what I call the British Hedonism Paradox.

Five centuries of Protestant self-abnegation have left us suspicious, even phobic, of genuine luxury, even in an age when most people are no longer Christian in any meaningful sense. At the same time, a far older race-memory of the druid and the berserker lurks behind our hopeless addiction to self-destructive excess.

So you have a culture where many people would think spending fifty quid on a really good bottle of wine an outrageous frivolity, yet will happily spend the same amount over the course of an evening getting shitfaced on generic lager and shots (and perhaps the same again on a gram of gak to go with it).

I think things were gradually getting better for a couple of generations – the British palate is, if nothing else, at least open to new influences – but even that progress may be lost now the country’s been taken over by lunatics who probably think the national dish should be, at best, roast beef cooked until it’s brown all the way through with a pile of miserable boiled veg on the side, or perhaps more realistically a piece of burnt toast and a slice of Spam.
Click to expand...

i agree that is one of your finest moments.

its compelling and fascinating

Simon silverdollarcircle said:
Do we feel pain though? When I went out this afternoon everyone was just happily getting on with the day. The way that the media is reporting this, and previous, times England have lost at football it's presented as this life and death thing when we should be in national mourning or something right now. But, a handle of fanatics aside, hardly anyone really gives a much of a shit do they? It's just like oh that's a bit of a shame, now lets look at some memes/go on tinder / think about hungover I am. Life moves on as if it never really happened
Click to expand...

Yes, this is an interesting one. I really don't know. Well, obviously I feel a bit disappointed and so on and I am used to losing so that's not really a big thing. But yesterday, there was a bit, probably at the start of the second half, when I was thinking "England could actually win this thing" which made me understand how little belief I had had through most of the tournament, but more than that it posed me the question of how I would act if we did. Cos through my whole life I have watched England fail in WC after euro after WC and so on and each time I resign myself a little bit more to the fact that they will never succeed. And then yesterday I thought... but maybe they will, the hoodoo could be broken and then, I will... what? Cry, laugh, run through the streets naked? Most likely none of those things, just smile in a satisfied manner (and no doubt shout out "yeaaaah" a few times) but I'm not sure what I would do beyond that.
Just to be clear, I'm not trying to pretend suddenly that I am not bothered (I saw people - England fans - on twitter sharing pictures of Chiellini pulling back Saka and Joginho going into Grealish (I think it was) with his studs and saying "If this is what it takes to win I'm glad we lost" which, even in the era of Trump and Johnson is one of the most outrageous lies I have ever heard, my jaw literally dropped at the idea that an England fan would think they could fool anyone with such a hilariously transparent way of saying "I'm not crying" that even through twitter I could actually see the lip wobble. I'm just saying that it's weird that I invest so much time in looking forward to this tournament and watching it and talking about it and so on without really understanding what it means to me, or what it would mean if we won.

Simon silverdollarcircle said:
But also Italians would be crying and wailing and beating their breasts in lamentation if Italy lost
Click to expand...

Did you see that Italian guy who was crying when they were drawing with Spain? That did seem weird. There were some jokes going round (inevitably) - those things that were "let's raise money for this crying German child to show that not everyone in the UK is a horrible bullying bastard" were very easily parodied and beginning "Let's raise money for this crying Italian adult man..."

version said:
Do the English loosen up if they spend time in other countries and away from other English people? Can it be snapped out of?
Click to expand...

See I would say yes.. but then I would dispute the whole hypothesis here. I have always taken a lot of pleasure in pleasure and that's a quality I find attractive in people. I'm not talking about hedonism, I'm talking about knowing what you like and doing it. For example, one of my friends from school, he lives in Bristol now and every now and again I would visit him - on a weekend he would buy loads of big papers, Sunday Times or Guardian or something it doesn't matter, and he would spread them out across his living room and just sit there reading all the different sections about cars or whatever, I mean probably he started with the stuff he was interested in but in the end he would read the car stuff I guess. This intrigued me cos I realised that he had correctly identified something that he really liked, and once identified, when he could do it, he would just.... do it. It's a very important skill, lots of people don't have it, they think they are supposed to like getting drunk or, I dunno, eating ice cream or whatever and they do it, even though they actually don't like it that much. Maybe that's what you're getting confused about, it's not that English people can't experience pleasure, it's that they are not good at correctly working out their own pleasures - which ultimately amounts to the same thing, practically at least. But for those who find what they like, and, especially, if it's something really easy to do, they are in a very good position. As long as they do indulge themselves of course, maybe there is another issue of people who do know what they like but somehow are afraid to properly let go and just do it all the times whenever they can - that is indeed an anti-pleasure stance, arising from guilt (note that the pleasure thing need not be shameful here, the shame for some lies simply in taking pleasure sadly for them).

Difference with Scotland and Wales is neither expected to get beyond, at the most, a semi-final place. England actually played football for once, went all the way, but with that success comes your innate hubris (over many layers of irony, ie it’s not coming home and we all know it)

As you articulated, sprinkle with booze and gak, give it a good stir and plop. Lose to Italy. On penalties. This shit writes itself
Click to expand...

How did you get 8-1?
Oh wait, you mean at the start of the tournament, I was thinking for a second that some idiot was offering that on the final. Ignore me, that would be totally ludicrous of course.

Could be tricky. The Mrs gets the hump if I'm off out doing stuff while she's at home on mum duty too often.

Turns out I get fifty quid in fact cos I had England in the sweepstake, they splitting it between the winner, runner up, worst team and if your team had the golden boot winner I understand.

Anyway, this is surely the most rational response to Sunday's result.

thats what youll say when you die too

luka said:
thats what youll say when you die too
Click to expand...

Well there's no point getting too attached to these things.

We should all strive for a perfect Buddha-like indifference.

Just be careful not to get too attached to the striving, of course.

I'm just so glad that we never sank to the level of Chiellini and his disgustingly cynical fouls. Such a relief everyone rose above it even though we would have almost certainly won if we had used the same kind of tricks as the Italians who once again lived up (or should I say "lived down"?) to their reputation as masters of the dark arts. Night before the final I simply couldn't sleep, I was really worried that someone - not Harry or good old Slabhead obviously - but possibly someone like Sterling or I don't know Saka (to pick some names totally at random) perhaps might do something to try and influence the ref and thus win us the game. If they did it wouldn't have been their fault of course, they don't have the proper English sense of fair play - that comes after generations with a true connection to the land, it comes with being one of the indigenous people from this country who were here when Jesus came like it says in that song and why is it builded, shouldn't it be built? But if they had done that I would have to march on Downing Street and demand that we return the trophy, Boris would understand, he knows that British fair play and decency is worth more than some shiny bauble which is tarnished by cheating. That´s the way he's lived his life after all.
But yeah, we can proud that none of us acted like the greasy Italians who reverted to their bad old selves - if they ever stopped being them. England's players can walk with their heads held high, knowing that once again they - we in fact - were moral victors. And of course being the moral victor is so much more important, that's why we always choose to go for it, and I do mean choose, anyone who watched the game knows that England were the better team and only our deliberate decision not to cheat like the filthy wops prevented us from being rightly crowned kings of Europe, even though we have brexited we still just effortlessly won their trophy (almost) - take that Merkel.
And everyone whining about the penalty against Denmark, the ref gave it and so it's a penalty, that's the rules. Did he go down a little easily? Well maybe he was smart but that's modern football these days anyway, the long and short is we beat them and it's done and that allowed us to go to the final and get the moral victory there.
You must log in or register to reply here.
Share:
Facebook Twitter Reddit Pinterest Tumblr WhatsApp Email Share Link
Top