What's interesting here is the amount of pushback the Tories are experiencing - they've to a degree bought their own bullshit and believe that the rest of the country is a bunch of fucking racist ghouls like them, and that's entirely the wrong move.

Yeah it's all a bit twisted up isn't it?
Tories kicked off with "Yeah its fine, boo them when they take the knee - go ahead lads, be a bit* racist, we're with you" and then a week or two later it's not quite worked out cos seems that a large part of the hooligan fraternity has a different view of what constitutes "a bit racist" than the Tories and so then you have the Tories going "Wow, not that racist, now you're making US look bad" and you have all these people getting arrested or losing their jobs or whatever going "Eh? I thought you were with us on this one bozza, it's just a bit of racism, can't believe that you think is a lot racist, as it happens though, if you want I can show you a lot racist, no problem".

*nb "a bit" here does not really mean "not very racist" it actually means "do it subtly or at least in such a way that you can almost plausibly deny the meaning of what you said or did" - an example being booing the knee thing and then claiming that it's nothing to do with racism, it's just because you're mortally offended by the insertion of politics into the beautiful game which clearly ought to be left on its own, pure and beautiful and simply good. And anyway, BLM is actually nothing to do with helping black people, it's actually a neo-marxist waffle waflfe waffle, bullshit bullshit bullshit... how the fuck do people swallow all this?
Last edited: Jul 13, 2021

All true but the sad bit is this was all conditional on the team’s success. I would hate to imagine the amount of shit the team would have got for taking the knee if Muller had scored and Germany gone on to win. Sterling would be the scapegoat, and he’d have got it way worse than Saka or Rashford because the tabloids have been laying that particular groundwork for years

Have you noticed as well that "Playing politics" has now become a kind of reverse euphemism that the Tories use, it's a handy little phrase for when you want to darkly insinuate something about someone but you can't actually insult their actions cos their actions were in fact really good.
So

"Such a shame this team decide their waste their time making a quiet and powerful gesture at the start of the games to fight racism, maybe that was why they didn't have enough concentration and mental focus when it came down to pens"

"Such a shame this team decide their waste their time playing politics, maybe that was why they didn't have enough concentration and mental focus when it came down to pens"
Click to expand...

This country continues to surprise me but this time by being decent:

DannyL said:
This country continues to surprise me but this time by being decent:

It's weird how this whole episode has brought out the worst in some people and the best in others. Or maybe it isn't, I dunno.

This is a surprisingly insightful piece from a grauniad sports writer, echoing luka and rich, (but with paragraphs and punctuation) 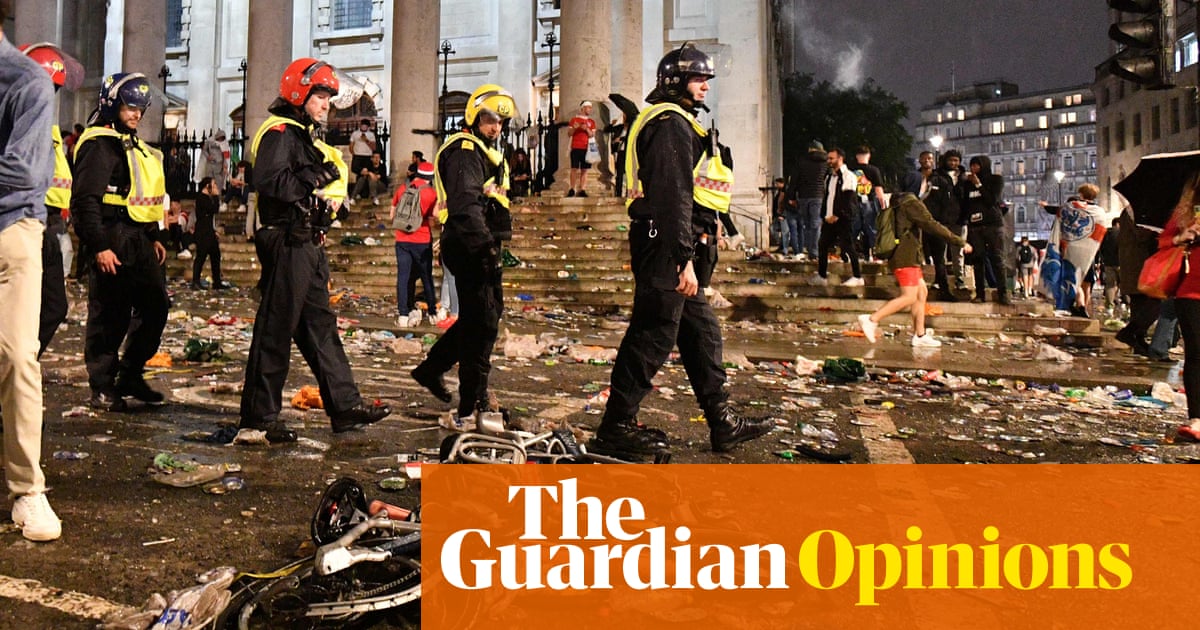 The disorder at Wembley before the final kicked off felt like an extension, rather than a mutation, of the mood of the day

good on:
lack of actual race violence apart from performative stuff on social media, and the backlash of niceness that has completely eclipsed the original offences, feels like by celebrating the black players, the nice brits are really digging that race issue deeply into the discourse, feels like a trick is being played on them.

I have to admit that I have very little memory of what I said on the topic but I am sure it was beautifully punctuated.
I do feel glad that I wasn't in the country for the final though, regardless of violence or the lack thereof I get some sense that the national mood is not good at the moment. Of course, I could be completely wrong cos I'm not there, but it's easy to convince me of this cos I feel that the national mood ought to be fucking bad right now.
Nothing to do with the Euros really, they are just an excuse... brexit and boris and covid and so on, everyone can feel that things aren't right even if they don't agree on how to fix it.

We have it on good authority that the black English players told Gareth they wouldn't attend the PM's shindig at no 10. The words 'Boris is cancelled' were used aggressively
Click to expand...

Good stuff... though obviously it would have been even more powerful if they had won the thing....
D

I distrust anything on Skwakbox on principle (I'd wait for corroboration from elsewhere is what I'm saying).

luka said:
yes correct. london is brutal. you cant look like ollie murs and live here. this is why corpsey and his ilk have no place here. we are all rat like, sallow, resentful, hollow chested
Click to expand... 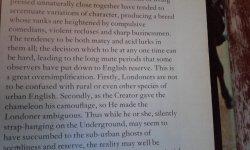