yeah, that's what I meant when I said I can see both side.

woops said:
interesting but i can't help rooting for the losers
Click to expand...

Me too, I don't think that is really the same issue as such, it neither agrees or contradicts what I am saying. I'm just talking about the cheapness and also the dubiousness of having silly looking people just to laugh at.
Like in that Beverly Luff Linn film, there is the Indian shopkeeper who is a very minor character and really, all he is there for is to laugh at, how he looks, particularly how he talks and I find that a bit lame. He feels like a cardboard cutout, a cartoon, just a freak for all of us non-freaks to point at together and celebrate our non-freakiness at his expense. So it's not about him winning or losing, it's just about him being more than a cardboard cut out, cos once upon a time we had freak shows and people went there to laugh at the bearded lady and be horrified by the guy who had no legs and walked on his hands 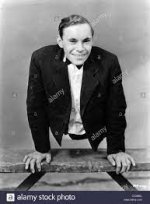 and then society sort of decided that maybe that wasn't very nice and it got less and less popular to call people freaks and stare goggle-eyed at them.... but now some film directors are smuggling something very similar through the back door but it's ok cos they are art films. I am exaggerating here of course, I don't want to sound hysterical, it's not the same thing, but it's something that does make me feel a bit uncomfortable. Especially when the guy playing the freak is actually some hollywood hunk, it feels like punching down.
Similarly, with sex scenes. Female actors used to be basically classed as prostitutes at one time and gradually that association was broken and even forgotten. But these days as sex gets more and more explicit and nudity is often demanded, and more than that, sometimes they have real sex in a film, and I think that that is somewhat unnecessary to say the least.
Suppose you're an actor and there is a big film part and you get offered it but you are told that the sex scenes are gonna be un-simulated, you gotta have sex with the other lead (or maybe several other people) on camera. You will be paid to have sex with a person (or several people) you would not normally have sex with... that sounds to me as though the link to prostitution is being reestablished. And why really? It's like Laurence Olivier supposedly to Dustin Hoffman when he saw him running to prepare for Marathon Man "My dear boy, haven't you heard of acting?".

Leo said:
yeah, that's what I meant when I said I can see both side.
Click to expand...

Yeah I guess I did write out a long piece of inconclusive equivocation which amounted to nothing more than that line".

linebaugh said:
what unnerves me about these trends is that, particularly online, it seems like its the word/phrases themselves that motivate speech. mimetic desire. you see the new phrase and then think up something that will allow you to use it in context.
Click to expand...

Haven't heard this point brought up before, but you are right on. Conforming content to form in a way.

Also seems to involve convincing yourself that you actually mean what you are saying, not that you are just saying it because you like how it is said.

craner said:
Only Australians make worse films than the French.
Click to expand...

i watched a bit of julie and celine go boating last night bt its very very long and confusing and also i didnt see one single boat.
i'll try and finish it today

luka said:
i watched a bit of julie and celine go boating last night bt its very very long and confusing and also i didnt see one single boat.
i'll try and finish it today
Click to expand...

it's confusing but it looks great

luka said:
i watched a bit of julie and celine go boating last night bt its very very long and confusing and also i didnt see one single boat.
i'll try and finish it today
Click to expand...

There are a couple of boats in the final scene if that's what you're most interested in... also didn't Madonna do a film that was a kind of dumbed down remake of it? Dunno if that features boats or not though I am afraid.

Ladies going on adventures in the city isn’t an inherently innovative plot. Wacky run-ins and the meshing of the uptight with the absurd are some of the small delights embraced by dozens of films. But Celine and Julie Go Boating and Desperately Seeking Susan are too similar to ignore their shared cinematic DNA.
The BFI’s video essay explains how Rivette’s masterpiece inspired the ‘80s favorite, their homage to Alice in Wonderland, and their magic (literal and figurative).
Brief yet beautiful, the essay celebrates friendship as deeply as the two films, which continue to inspire female group comedies to this day. Girls Trip, a raunchy, goofy adventure that embraces similar character relationships, owes as much to these two films for continuing a movie tradition as it does to its modern script and zany acting.
Click to expand...

Been watching a bunch of movies lately.

The Dead Zone (my least favorite Cronenberg, but Walken has a few good Walken moments; it occurred to me that it is as if Walken speaks English as a second language without having a first)

Vertigo (starting this too late at night, drifted off in the middle; would like to rewatch with a fresh mind; seen Hitchcock's first ~25 films, plus some of his later ones)

The Card Counter (this I would recommend, in theaters now; haunting and mind-bending prison torture scene)

But really the best one was Annette, a singular and surreal spectacle.


Also an admirer of Holy Motors, but I haven't seen Lovers on the Bridge.

Witness is one of my Mum’s favourite films. “Very plain John Book”. His name is Book, which is ridiculous

Be careful among the English.

Clinamenic said:
Be careful among the English.
Click to expand...

Haven't seen the others, nothing with Elvis or Day, but I do want to see more Powell & Pressburger (Quiet Man reminded me of I Know Where I'm Going)
V

Clinamenic said:
Be careful among the English.
Click to expand... 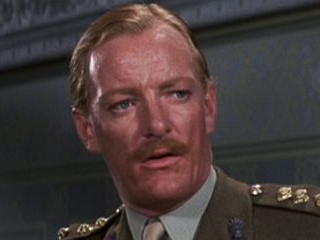 No haven't heard of that one but already I'm interested.
C

You should check it out

Actually I do want to watch The Night Porter, maybe a double bill is warranted.