Saw a tweet the other day about people underestimating the influence of demons in their life and it's become intertwined with something I recently heard Buckethead say in an interview about feeling he was opening up a gateway and communicating with his dead parents when he played his guitar.

Sometimes get the feeling some combination of the two's happening with people who go off the deep end; Nietzsche's abyss gazing back. David Irving immersing himself in Nazi Germany to the point of denying the Holocaust. Perhaps there's something still living in this stuff, something reaching back out to the people who look too long and too deeply into it.

luka said:
The Burroughs thing is we are a site which can be occupied by others are coordinate points our centre of awareness can have others there, with us, on the line, intruders
Click to expand...

its a persistent metaphor (?) for creativity becasuse you cant do high level art stuff at will. you wait for 'inspiration' which is easily and logically characterised as posession

its very easy to imagine something working through Hitler. kier starmer has likewise hollowed himself out so other entities can enter him but its not demons its some sort of focus group questionnaire

Stanislavski's system comes to mind too, even though it's ostensibly drawing from the subconscious.

luka said:
theres a staple of the conspiracy websites where they gather together quotes from various pop stars etc about how they felt they were just channeling something or something took over them
Click to expand...

not that i think that is a ludicrous laughable idea

You get those extremists who end up undergoing radical conversion to another form of extremism after coming into contact with the literature, e.g. that bloke who was a neo-Nazi and ended up becoming a radical Islamist.

version said:
You get those religious extremists who end up converting to other extreme religions, e.g. Neo-Nazis becoming radical Islamists and vice versa.
Click to expand... 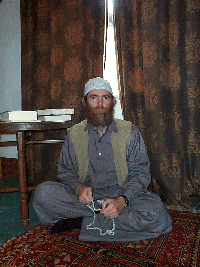 version said:
I recently heard Buckethead say in an interview about feeling he was opening up a gateway and communicating with his dead parents when he played his guitar.

DannyL said:
Sounds like a good thing to me
Every religious tradition up until Protestant Christianity involves some form of ancestor veneration - if they pop through for a chat I think you're quite lucky
Click to expand...

Yeah, I wasn't claiming the Buckethead thing was a negative. It was that combined with the demon thing which made me consider the negative equivalent.
W

Sometimes a person dies, & before the soul’s hardly out, another one walks in
D

It's the same with demons, they've just had bad press.

wild greens said:
Sometimes a person dies, & before the soul’s hardly out, another one walks in
Click to expand...

sometimes i get blackout drunk and another one walks in

luka said:
one of the things i like about Yeats ( @Corpsey ) is that he has in his system both the Instructors
and the Frustrators ('they will deceive you if they can')
Click to expand...

Don't most, if not all, religions?