carried away in the stream of consciousness, reader-friendly formatting be damned.
C

perhaps they would work better if they were massive wall-sized pieces of text, like fiona banner... so you get that sense a bit more. and ofc, if in doubt, go big... 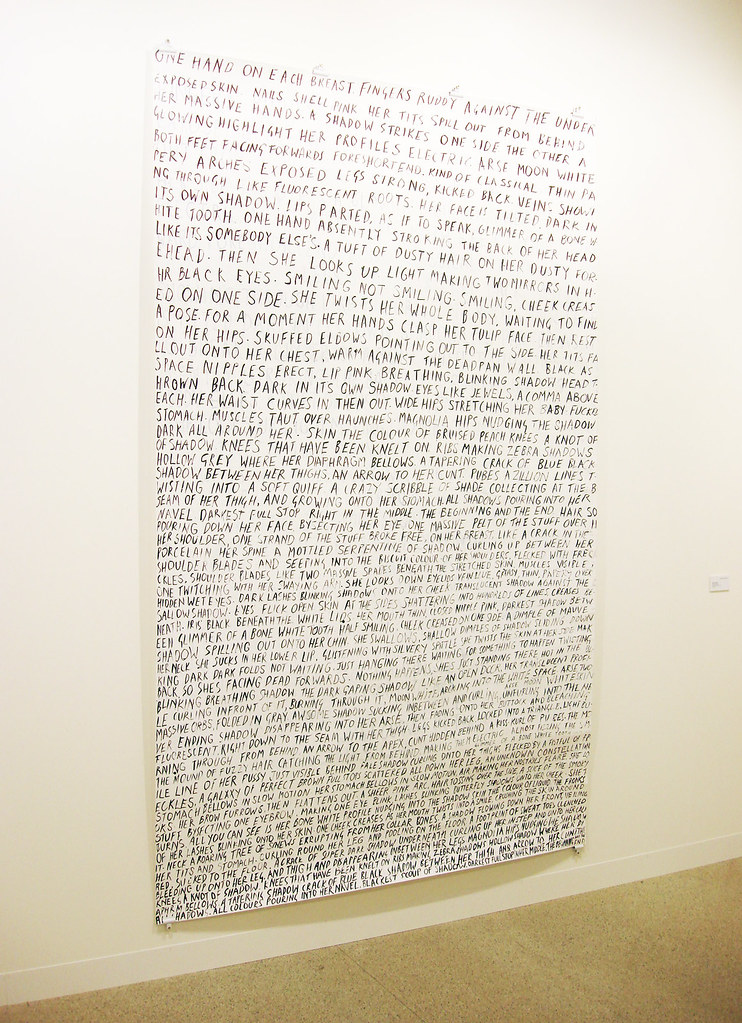 catalog said:
perhaps they would work better if they were massive wall-sized pieces of text, like fiona banner... so you get that sense a bit more. and ofc, if in doubt, go big...

i want to read this even less than an @IdleRich essay

I think @IdleRich is making an excellent point about brexiteers being like cultists because of their dogged false consciousness & groupthink,

i reckon there's a lot of that in music appreciation too, even where it falls short of being an actual cult, the cult-like qualities are important in generating scenes, especially where the music is shit

Thanks Sufi... it's coming back to me a bit now though. I think I was also saying that there is this belief that once someone breaks free, overcomes the conditioning or whatever and gets to a place where they can say "that guy was lying to me, he didn't really speak to God etc" - then they have acknowledged a truth which they knew deep down but were afraid to confront.
The issue being that acknowledging that truth and, especially, admitting that they have been horrendously one hundred percent wrong for a long time is very difficult but having done so there should be some sort of psychological easing of stress. And ultimately such a person should be less vulnerable to the same lie again.
And yet, now talking specifically about that preacher that The Amazing Horni revealed to be a massive lying cheating crook.... he just went away a bit and came back and told the same huge lie again (ok, not been proven, maybe he is now speaking to God). It would be interesting to know how many of the same people are back in his flock.... some at least I guess....
In other words I am not convinced by the idea that identifying and recognising one lie and knowing fully that it is a lie protects you in the future from being fooled again by that very same lie. Which is depressing.

john eden said:
I generally don't read huge blocks of text with no line breaks but I am sure Rich is makng some good points.
Click to expand...

I get it... I'm always confused by Edmund going "there are no paragraphs" when there are loads there, but perhaps he also means that he wants an empty line between two paragraphs.

IdleRich said:
In other words I am not convinced by the idea that identifying and recognising one lie and knowing fully that it is a lie protects you in the future from being fooled again by that very same lie. Which is depressing.
Click to expand...

Although I think there is more to it here. Not all types of cults are the same and not all escapes and ways of deprogramming are the same and not all attempts to drag someone back in are the equivalent either, so.... I guess I am saying that although it can often be useful to notice the similarities between two cults etc and this can be useful to infer that one thing that applies to cult A might well apply to cult B, one shouldn't take that as gospel and, one should think carefully about which bits of the original structures are the same and which differ and so on and this may help you on understanding which things about one can teach you about the other and which are less useful. Obvious perhaps but when you think you're on a roll and up to your neck in the debate making great analogies and devastating points all over the place, it's easy to forget to step back and take stock and consider whether the bit you're on about is really applicable and can be transferred to make the point that you want it to.

He got dosed earlier this month

I've read that book about the Laurel Canyon scene - I love a conspiracy theory as much as the next person, but I remember it being a bit 'weak' - the whole 'their dad was in the military' was especially flimsy considering that there was a high probability that your father was in the military if...
www.dissensus.com

On the flip, the attendees of the last rites of Jim Jones surpasses horror into direct trauma. The clip of ”let the night roar” has been dropped so many times over the years from Psychic TV onward, but it still disturbs on a deeply visceral level because we all know the ending

I remember hearing that Jonestown clip via some PTV mad mate and even then I knew it wasn’t transgressive but just plain wrong and I was 17.
W

here's a music cult for you: "Guitar Craft" or as it is known now "Guitar Circle"

a bit of history: in 1974 Robert Fripp had an epiphany, announces that King Crimson had "ceased to exist" ( much to the dismay of the other members as they were about to hit the big time ), and spends time at Sherborne House, which at that time was the home of J.G. Bennet's International Academy for Continuous Education, a Fourth Way organisation ( carrying on the Work, as initiated by G. I. Gurdjieff ) - this is before Bennet was sweet talked into handing over the deeds to Idries Shah ( a master con man? )

Guitar Craft aimed at personal development, not only through guitar playing and music appreciation, but also through improved living. Students were offered instruction in practices such as relaxed sitting
Click to expand...

Participants on Guitar Craft courses ( "crafties" ) are introduced to Gurdjieff concepts without the G word ever being mentioned - "conscious suffering", "self-remembering", division of attention ( left hand operating separately from the right - similar to Gurdjieff's "movements"), breaking habits ( the players have to use the New Standard Tuning invented by Fripp in order to force them to experience playing the guitar as a beginner ), objective music, and so on... this appears to be a portrait of genius

You can't do maths with letters

Some form of Esalen ruse

john eden said:
TOPY got much more interesting when people became less interested in PTV. Of course there was one person who was involved that didn’t like this very much…

the literature/sigils work and it's not a good thing.