I wouldn't expect to see him, he's dead, but I haven't seen Baboon either.
Edit: I saw the ambiguity in what I had just written and realised that somebody would certainly would certainly make a joke on it and this was the only way to stop them

You saying we could use a little more 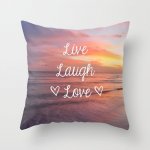 Mr. Tea said:
You saying we could use a little more
Click to expand...

if i was sober I'd make a pithy comment about a pendulum swinging too far.

Marvel has a new show, not sure if it is out yet, that is based around exploring alternative events, with each alternative history having its own episode presumably. Called What If?

It really does seem like the escape velocity of franchise potential. I struggle to think of a more flexible structure for a series than a multiverse, which also happens to be the major theme and at times gimmick of Rick and Morty, another popular show with almost inexhaustible subject matter.

Especially with the MCU how the supporting character of this film has a protagonist potential of their own, and may be rode out as vector to breed other potential protagonists.

Consider how Black Widow first was in the second Iron Man, I believe.

Characters not yet fully developed relative to the protagonist, i.e. supporting characters that need less detailed writing, can be mysterious enough to capture initial curiosity, and eventually garner sufficient consumer intrigue for their own feature film to be produced.

As the attention directed toward them goes, the more profitable a film/series focused on them promises to be, the more character development they warrant - until they encounter newer characters with fresher appeals.

This can be milked for many films, seeing as the MCU really has little limitation in terms of genre. Literally no corner of any universe goes uncovered by the MCU.

Its all fair game, canon-wise. And it can all be revisited and revised, all day.

Clinamenic said:
Especially with the MCU how the supporting character of this film has a protagonist potential of their own, and may be rode out as vector to breed other potential protagonists.
Click to expand... 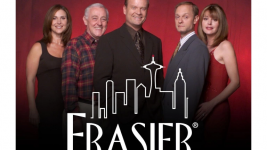 Exactly, but in perpetuity, and having an archive of pulp stories to draw from and recombine.
W

Apparently the new Indiana Jones is going to have time travel. Some photos got leaked from the set and they had a load of extras dressed as Romans.

It's probably time just to boycott the entire entertainment industry

I like Crystal Skull, but I have a really bad feeling about Indy ending up in Ancient Rome. It's just stupid.

version said:
I like Crystal Skull, but I have a really bad feeling about Indy ending up in Ancient Rome. It's just stupid.
Click to expand...