Looking to compile a list of effective (i.e. not wasting donation revenue on tchotchkes mailed to regular donors) and/or innovative charities.

Social enterprises too, most broadly, ideally ones with savvy and sustainable business models.

Anyone have any go-tos?

Perhaps certain social enterprises that involve contributing to the commons somehow, or inventing some new sector of the commons i.e. archive.org

NAMI, the National Alliance on Mental Illness, is the nation’s largest grassroots mental health organization dedicated to building better lives for the millions of Americans affected by mental illness.

Clinamenic said:
Looking to compile a list of effective (i.e. not wasting donation revenue on tchotchkes mailed to regular donors) and/or innovative charities.

Social enterprises too, most broadly, ideally ones with savvy and sustainable business models.

?
proportion of funding that goes to beneficiaries is a "kpi" that some charities are promoting, but not to the extent that you can use it as a reliable comparator as far as i know - and some orgs need to spend more on overheads than others by the nature of their operations so it's not a very exact science.

The white saviour issue is a hot one https://charitysowhite.org/ & https://twitter.com/nonprofitssay reminded me to use some "" on the jargon above x

I think that the accursed start-up culture may have actually had a relatively positive effect on charities (here in uk, as far as i can see anyway).
There are lots of big, rich, lumbering charities with very stable but heavily hierarchical cultures and structures, which make them fundable, but not great at delivering the right services (the bind is that you can only do what is fundable, and funders want to fund what is measurable, not necessarily what is needed), so small nimble charities, sometimes with more collective and open structures, have been popping up and meeting needs that the big ones can't get to e.g https://refugeesathome.org which i founded, and which has been on the front pages the last week offering 100s of beds for refugees

there have been a series of mini-scandals about bullying and nastiness in some of the big orgs recently, tip of the iceberg in my experience

Why are reports of bullying, harassment and discrimination repeatedly occurring in organisations whose purpose is progressive change?
The National Lottery Community Fund is undergoing an external investigation into its leadership and organisational culture after allegations of bullying.
The Chartered Institute of Fundraising has faced allegations of failure to act on complaints about sexual harassment, followed by a much-criticised investigation.
Earlier this year an independent inquiry reported on bullying and harassment at the NCVO, the umbrella body for the UK’s volunteer organisations.
Last year the Charity Commission investigated Save the Children’s poor handling of sexual harassment allegations. The list goes on.
A few years ago I left my job as an NGO campaigns director to seek answers to why so many organisations, despite good intentions, replicate the same problems they purport to fix.
I interviewed campaigners and psychologists, and researched psychoanalytic and decolonial thought, applying them to my own experiences as a campaigner.
The news agenda reports each incident of harassment and discrimination as one separate scandal after another.
But oppressive and abusive dynamics, burnout-creating work patterns and saviour culture are connected. They are all manifestations of a way of relating to other people that is rooted in dominance and constructed hierarchies.
Click to expand... 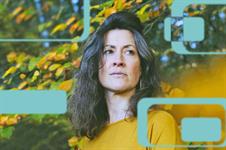 Anthea Lawson: No one is exempt from toxic culture – however ‘good’ they are

@sufi yeah I'm very unacquainted with the culture of non-profits, and I can only assume how much of an attractor this organization type is for money laundering, and the energy that comes with that.

And I do think we are still in the domain of acting in self-interest here, be it for tax deductions or ego boosts or both, but I think there can be discernibly good impacts made regardless of such intentions.

And yeah maybe there are justifications for all the stuffed animals and whatnot that get mailed out, i.e. maybe such practices have proven to sustain revenue streams by making donors feel acknowledged, etc.

I would like to nominate whichever third sector organistion @craner works for as I am confident that it is as "Optimized for social impact, capable of directing capital flows." as the man himself.
C

john eden said:
I would like to nominate whichever third sector organistion @craner works for as I am confident that it is as "Optimized for social impact, capable of directing capital flows." as the man himself.
Click to expand...

That's all we do day in and day out around here.

Instead of asking about charities, I'll ask this:

If a billionaire decides to give away their wealth (wealth in any form I suppose), how would you like to see them give it away?

Dividing up a cash sum into checks that are mailed out? Or could more of an impact be made by funneling cash into some kind of program or institution?

Which ways would result in the least procedural friction, i.e. bureaucratic silos, and the least opportunity for laundering?

Clinamenic said:
Instead of asking about charities, I'll ask this:

If a billionaire decides to give away their wealth (wealth in any form I suppose), how would you like to see them give it away?
Click to expand...

Follow this line of inquiry/reasoning far enough, and a would-be redistribution of wealth may turn into an investment that, perhaps despite genuinely good intention, involves a single-bottom line rationale that depletes the act of its benevolence.

That is, what was initiated on a pretext of charity turns into yet another bureaucratized investment process that opens up windows for middlemen, lawyers, etc to siphon the wealth that was supposed to be redistributed.

I think blockchain may help here, in terms of immediately distributing funds directly to end users who can do whatever they want with it

sufi said:
i can give you some contacts who will be glad of those billions
Click to expand...

You mean someone who will gladly receive a billion dollar donation? Quite the virtuous milieu you find yourself in, sufi.

Clinamenic said:
You mean someone who will gladly receive a billion dollar donation? Quite the virtuous milieu you find yourself in, sufi.
Click to expand...

The big argument, in my opinion so far, against a flat-out redistribution of wealth [qua cash] to a large number of people, is that the net impact will be transient and minimal. Perhaps a step forward would be a private distribution of funds into some kind of interest bearing accounts that cannot be emptied right away.

It seems to me that if the means of high-impact charity are ill-defined, then any expectations of the 1% to carry out such charitable intentions are ill-founded, beyond even the assumption that a 1% would even be interested in such charity.