I will read it tomorrow promise

What is your opinion of Terror Conduction by Philip Lamantia that's in the NAP anthology? can't seem to find it online.
I just read it through a few times, found its miles better when you read it really fast funnily enough. Seems like there's no use labouring over it, you should speed through it to get the effect

Benny B said:
I will read it tomorrow promise

What is your opinion of Terror Conduction by Philip Lamantia that's in the NAP anthology? can't seem to find it online.
I just read it through a few times, found its miles better when you read it really fast funnily enough. Seems like there's no use labouring over it, you should speed through it to get the effect
Click to expand...

i dont have that book any more i dont think

I'll type it out when I get the chance. These other ones by him in the book are great as well

She found his stuff dry, barren, the product of a shrivelled imagination, a spartan sensibility, a denial of life.

I can see what she meant and I found him exasperating too, but I was also drawn to the sculptural qualities: the poems are like little marble miniatures, with all the excess waste chipped away.

There is something in Oppen of what annoys me about Prynne and attracts me to Creeley.

I never liked him, but I also kept thinking about why I didn't like him, and in the process worked out what I did like about him, even though that still didn't make me like him. If that makes sense.
Last edited: Oct 13, 2021

luka said:
its a mistake to think you need to properly read a poem to know what you think about it. you can really just glance at it
theres no need to even read the words actually. you can measure the quality in a glance. i dont exactly know how, but you can.
Click to expand...

Version laughed at this but I think you're being serious, kind of like how you can often tell if a songs good by hearing the first few seconds or having it just in the background without really listening.

Or it could be the shape of it on the page, or a few words that you glance at, register on some level, and group together to form an overall impression without even thinking, in a split second.

Not saying I can really do with that with poetry, but I can see how someone who's immersed in it could do. I think I can do it with music.

Benny B have you got a printer? i can make you an anthology if you have a printer
C

I can print, do the anthology as a PDF, I'll post copies out

luka said:
Benny B have you got a printer? i can make you an anthology if you have a printer
Click to expand...

I don't have a printer but there is a shop where I can print next door. That would be absolutely amazing!

Chuck some of your stuff in there as well

Song of Myself (1892 version) by Walt Whitman | Poetry Foundation

These are some natures purely contemplative and antipathetic to action, who nevertheless, under a mysterious and inexplicable impulse, sometimes act with a rapidity of which they would have believed themselves incapable. Such a one is he who, fearing to find some new vexation awaiting him at his lodgings, prowls about in a cowardly fashion before the door without daring to enter; such a one is he who keeps a letter fifteen days without opening it, or only makes up his mind at the end of six months to undertake a journey that has been a necessity for a year past. Such beings sometimes feel themselves precipitately thrust towards action, like an arrow from a bow.

The novelist and the physician, who profess to know all things, yet cannot explain whence comes this sudden and delirious energy to indolent and voluptuous souls; nor how, incapable of accomplishing the simplest and most necessary things, they are at some certain moment of time possessed by a superabundant hardihood which enables them to execute the most absurd and even the most dangerous acts.

One of my friends, the most harmless dreamer that ever lived, at one time set fire to a forest, in order to ascertain, as he said, whether the flames take hold with the easiness that is commonly affirmed. His experiment failed ten times running, on the eleventh it succeeded only too well.

Another lit a cigar by the side of a powder barrel, in order to see, to know, to tempt Destiny, for a jest, to have the pleasure of suspense, for no reason at all, out of caprice, out of idleness. This is a kind of energy that springs from weariness and reverie; and those in whom it manifests so stubbornly are in general, as I have said, the most indolent and dreamy beings.

Another so timid that he must cast down his eyes before the gaze of any man, and summon all his poor will before he dare enter a café or pass the pay-box of a theatre, where the ticket-seller seems, in his eyes, invested with all the majesty of Minos, Æcus, and Rhadamanthus, will at times throw himself upon the neck of some old man whom he sees in the street, and embrace him with enthusiasm in sight of an astonished crowd. Why? Because—because this countenance is irresistibly attractive to him? Perhaps; but it is more legitimate to suppose that he himself does not know why.

I have been more than once a victim to these crises and outbreaks which give us cause to believe that evil-meaning demons slip into us, to make us the ignorant accomplices of their most absurd desires. One morning I arose in a sullen mood, very sad, and tired of idleness, and thrust as it seemed to me to the doing of some great thing, some brilliant act—and then, alas, I opened the window.

(I beg you to observe that in some people the spirit of mystification is not the result of labour or combination, but rather of a fortuitous inspiration which would partake, were it not for the strength of the feeling, of the mood called hysterical by the physician and satanic by those who think a little more profoundly than the physician; the mood which thrusts us unresisting to a multitude of dangerous and inconvenient acts.)

The first person I noticed in the street was a glass-vendor whose shrill and discordant cry mounted up to me through the heavy, dull atmosphere of Paris. It would have been else impossible to account for the sudden and despotic hatred of this poor man that came upon me.

"Hello, there!" I cried, and bade him ascend. Meanwhile I reflected, not without gaiety, that as my room was on the sixth landing, and the stairway very narrow, the man would have some difficulty in ascending, and in many a place would break off the corners of his fragile merchandise.

At length he appeared. I examined all his glasses with curiosity, and then said to him: "What, have you no coloured glasses? Glasses of rose and crimson and blue, magical glasses, glasses of Paradise? You are insolent. You dare to walk in mean streets when you have no glasses that would make one see beauty in life?" And I hurried him briskly to the staircase, which he staggered down, grumbling.

I went on to the balcony and caught up a little flower-pot, and when the man appeared in the door-way beneath I let fall my engine of war perpendicularly upon the edge of his pack, so that it was upset by the shock and all his poor walking fortune broken to bits. It made a noise like a palace of crystal shattered by lightning. Mad with my folly, I cried furiously after him: "The life beautiful! the life beautiful!" 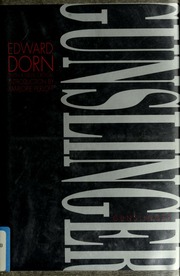