shitting on their own legend

He was too old in it, looked plastic. Like de Niro in the Irish man. I couldn't see past it. Whole thing felt very tired. Odd pacing which you expect with lunch but it was off to me.

I liked the first series of twin peaks a lot, but not as much as the fire walk with me film, and not as much as eraserhead, blue velvet and especially lost highway, which is my favourite.
L

Actors like Pacino and DeNiro occasionally do shit movies because they have bills to pay. DeNiro can't sit around and wait for the next amazing piece of cinema to come to him, so he does "Meet the Parents"/"Meet the Fockers" etc. to pay his various alimonies.

He was laugh once, now he has actual agency and disciples too
C

Re de Niro, I don't actually mind those film choices, that's fine, cos they're obviously a different kind of thing. Not a serious thing. Not that I've seen them.

But I think with the Irishman it would have been a much better film if it was someone other than him in lead role. No need for it.
M

Mr C's odd out of place plasticky look makes sense though because its an evil spirit from another dimension run amok in the body of an all-american nice guy for 25 years. He's meant to look all wrong and not quite human

Also heard someone compare it to a 'divorced dad' look. His weird little pony tail, fake tan and snakeskin shirt

Agree the best twin peaks was the film though

granted i can only think of one other arm wrestling scene which is The Fly but it was pretty good
Click to expand...

Am I mad, or do we not already have a thread for TV shows?
L

I guess this has become an all-encompassing "shitting on" thread.

I can't wait for the new Selling Sunset.

catalog said:
He was too old in it, looked plastic.
Click to expand...

I don't understand that, it was 25 years later and he looked 25 years older cos he was 25 years older. I actually love that the second series ended saying it would return in 25 years and it did exactly that. Anything else that got the surviving cast together after that long would have to work very hard to convince it wasn't just a cash in but with this the irrefutable proof is right there.

I think it's silly when a 'robot' played by an actor ages or when people clearly haven't aged cos the time they claim hasn't really passed, but this few times when they got this aspect exactly right.
M

Yeah and no silly age makeup and greying wigs
C 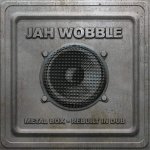 catalog said:
Re de Niro, I don't actually mind those film choices, that's fine, cos they're obviously a different kind of thing. Not a serious thing. Not that I've seen them.
Click to expand...

I don't agree, there's something about those Meet The Parents films that I find really horribly unfunny and distasteful and they seem to be so ubiquitous, it's like they have steamrollered the rest of his career and now when someone says De Niro the first image that springs to mind isn't him transforming magically into Brando "I'm gonna make him an offer he can't refuse" or any of his great scenes, instead I see a grumpy old man in a cardigan delivering a half-hearted and tedious bollocking to a stuttering Ben Stiller after yet another hilarious misunderstanding almost certainly involving his penis.

I dunno what it is, I used to like Ben Stiller but now I find him incredibly irritating. Maybe I'm turning into a grumpy old man myself.

graphic design here is a separate act of defecation in its own right
Click to expand...

The Pop Group’s newly mixed “Y in Dub” is mainly quite boring also, even though Dennis Bovell did it.
R

Mad first post BUT Derrick May: this is a different kind of tarnishing unfortunately? i've always adored his music and his dj ing. The silence around the claims made against him and specifically out of Detroit...It makes one think of Polanski doesn't it? Also e.g. on Discogs - no one is saying anything - it's almost as if techno can't face up to this? How can techno deal with Derrick May being written out?
I'm still devestated by the claims, haven't felt the same about techno since.
L

raljax said:
Mad first post BUT Derrick May: this is a different kind of tarnishing unfortunately? i've always adored his music and his dj ing. The silence around the claims made against him and specifically out of Detroit...It makes one think of Polanski doesn't it? Also e.g. on Discogs - no one is saying anything - it's almost as if techno can't face up to this? How can techno deal with Derrick May being written out?
I'm still devestated by the claims, haven't felt the same about techno since.
Click to expand...

welcome, raljax. yeah, this type of thing is a bit different: tarnishing their image through their actions versus shitting on their own legend in terms of the music they produce. still a sad story, though.

I was in gramophone records in Chicago one Sunday afternoon and he wandered in, did some record browsing, and they let him take over the store decks to try out some records. it was amazing, like a private Derrick May show for the eight people in the store, everyone was super low key, didn't make a fuss about it.
R

Cool i can only imagine. It's crazy how great he is behind the decks ...always a journey and never saw him play even sub-par. A good friend warmed (s) up for him when he plays Belfast - always said he was a total gent. Obviously these are still allegations, re his music - only Drexciya imo can match his quality as a producer.
R

Orbital - I lived the Myth of their Brown Album set by listening to it endlessly on tape. When I finally got to see them on the Snivilization tour it still felt real, they still seemed to be channelling rather than revisiting themselves and that still felt accurate up to In Sides but the bottom fell out alarmingly, I know people who like The Blue lp and or The Middle of Nowhere but I can't listen to anything at all after In Sides - they seemed to lose their timing, those baroque chords and pads, their minds maybe. I saw them twice latterly just in hope that live they might tap back in but both sets were painful. When I listen to them now I prefer that break midtempo stuff they do eg the opener on Snivilization or In Sides ep... But if they took that Brown Lp back out I would go.
R

Those who never lost it imo: Convextion, Andy Stott, RDJ, The Orb, Plaid (TBD not so much), Lee Norris, Gerald Donald, the Likemind group of artists ( judging by the small amount of new stuff by Stasis and Nuron, B12.
You must log in or register to reply here.
Share:
Facebook Twitter Reddit Pinterest Tumblr WhatsApp Email Share Link
Top