Curtis seems sound and would appear to be followed by @sufi and @droid who may have more to say. I've not seen much I can remember from the other lot.

Yeah i as far as i know an investigative journo from before the culture wars.
They are all in behind Assange though, which probably labels them as campists

They were recently tweeting about MI5 refusing to give information on the Manchester bomber's father being involved with some UK-backed group in Libya.

version said:
They were recently tweeting about MI5 refusing to give information on the Manchester bomber's father being involved with some UK-backed group in Libya.
Click to expand...

https://en.wikipedia.org/wiki/Duncan_Campbell_(journalist) is the top lad on matters like that

sufi said:
Yeah i as far as i know an investigative journo from before the culture wars.
They are all in behind Assange though, which probably labels them as campists
Click to expand...

They seem to be highly critical of UK involvement with Assad though, so ...

I did get one of Curtis' books out the library a long, long time ago, but never finished it. I was following a recommendation from Lobster. So yeah critics of UK foreign policy mostly but maybe so far into that they don't see other perspectives?
D

I didn't take it back 'cos it was bad btw - I was just overloaded with other stuff so couldn't give it a proper chance. Would like to revisit esp. the older stuff. Seems likely to me this would be more sober. It was Web of Deceit IIRC.

william_kent said:
plus a misguided defence of a deep state actor
Click to expand...

Almost 40 years after his death following a bar brawl in Key Biscayne, Ricardo Morales, known as “Monkey” — contract CIA worker, anti-Castro militant, counter-intelligence chief for Venezuela, FBI informant and drug dealer — returned to the spotlight Thursday morning when one of his sons made a startling claim on Spanish-language radio:

Morales, a sniper instructor in the early 1960s in secret camps where Cuban exiles and others trained to invade Cuba, realized in the hours after President John F. Kennedy was assassinated in Dallas in 1963 that the accused killer, Lee Harvey Oswald, had been one of his sniper trainees.

Morales also told his two sons that two days before the assassination, his CIA handler told him and his “clean-up” team to go to Dallas for a mission. But after the tragic events, they were ordered to go back to Miami without learning what the mission was about.

“For SOF, we’re going to be focused on campaigning, especially in the Grey Zone — below the threshold of conflict,” said Gen. Richard D. Clarke, the chief of U.S. Special Operations Command late last month, using the acronym for Special Operations forces. “Our SOF have partnered with European allies since before 2014, focused on resistance and building resistance networks… But that is not just in the Baltics — Latvia, Lithuania, and Estonia — that’s through the rest of Europe.”
Click to expand...

Fun fact: US special ops are in 33 of 44 countries in Europe today – Responsible Statecraft

Commandos have quietly fanned out and are drilling with other militaries from one end of the continent to the other. But to what end?

I can't tell whether you're taking the piss or not, but US Special Operations forces being dotted all over Europe to build "resistance networks" doesn't sound good; resistance to what or whom and built with whose permission? Sounds like Gladio all over again, if it ever really ended in the first place.

So we’re looking east, rather than west

Empires can’t function without these assets and their strategic partnerships

edit: video isn't displaying, but its the first one listed in this query:

Some very interesting insight into and history of DARPA projects, as explained by Jacobson here, drawing from her book released around this time.

Some of the more colorful examples include

-neural implants in mice and moths that allowed the engineers to steer the animals.

-an array of microsensors placed around the major cities in Iraq (project titled Combat Zones That See), allowing for better knowledge of the battlefield.

-some research about oxytocin as a "morality molecule" that may yield insight into the nature of how with sympathize with information.

Why do people accept and act on certain kinds of information while dismissing others? Why are some narrative themes successful at building support for terrorism? What role can narratives play in causing—and helping to treat—Post-Traumatic Stress Disorder (PTSD)? These questions deal with the role narratives play in human psychology and sociology, and their answers have strategic implications for defense missions.


DARPA launched the Narrative Networks program to understand how narratives influence human cognition and behavior, and apply those findings in international security contexts. The program aims to address the factors that contribute to radicalization, violent social mobilization, insurgency, and terrorism among foreign populations, and to support conflict prevention and resolution, effective communication and innovative PTSD treatments.

Narratives may consolidate memory, shape emotions, cue heuristics and biases in judgment, and influence group distinctions. To determine their influence on cognitive functions requires a working theory of narratives, an understanding of what role they play in security contexts, and an examination of how to systematically analyze narratives and their psychological and neurobiological impact.
Click to expand...

She also described the bureaucratic structure of DARPA being uncharacteristically horizontal for a defense research agency, explaining how there are a number of active projects at once, with project managers having almost total discretion of budgetary spending.

I suppose congress here determines the budget, but Jacobson made it seem like the pertinent congressional committees likely weren't fully clued into the full extent regarding the details of these projects, seeing as the documentation is simply too extensive.

Often true, but not always, and it's important not to fall into the habit of delegitimizing any opposition in any country with a government unfriendly to the USA as "CIA stooges". (Not that you would, I'm sure - but plenty of people do.)

Clinamenic said:
-some research about oxytocin as a "morality molecule" that may yield insight into the nature of how with sympathize with information.
Click to expand...

the hug drug, every mammal has it, but how that relays to information and DARPA is more hmmm

it’s the good twin to cortisol if you like, most military intel will be well up on it to maximise control eg 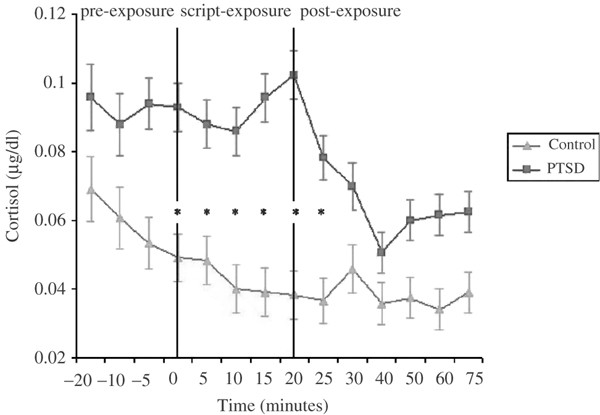 Animal studies have found that prior stressful events can result in increased reactivity in the HPA-axis. However, baseline function of the HPA-axis has typically been normal or decreased in post-traumatic stress disorder (PTSD). The first purpose of this study was to assess cortisol...

Mr. Tea said:
Often true, but not always, and it's important not to fall into the habit of delegitimizing any opposition in any country with a government unfriendly to the USA as "CIA stooges". (Not that you would, I'm sure - but plenty of people do.)
Click to expand...

sure, and that's why I said "rarely just happen" as opposed to never happen. and while the US is often involved, the support (aka, funding, training, harboring, etc.) comes from lots of other sources as well.