This video is great.

First, as a sort of entrée, you get to see a genuinely, chillingly insane person confessing to murdering someone for no reason with the same emotion in their voice as if they're describing a trip to the supermarket.

Then you get to see a school shooter pathetically pretend to be insane/suicidal and blame his actions on a "demon" and a detective trolling him about it for about 20 minutes straight.

No wonder it's got 51 million views.

Made me think it's a shame school shooters kill themselves so often cos it preserves some sort of glamour about them.

This is a very popular YouTube rabbit hole, certainly in my head.

Another classic of the genre. Murderer comes in to be questioned, seems like the investigator is being nice but transpires he's got evidence against him and the guy is going to jail (deservedly) forever.

You can watch the full extended cut too. It's almost as long as a lord of the rings movie.

Corpsey are you familiar with the concept of a body without organs?

catalog said:
Corpsey are you familiar with the concept of a body without organs?
Click to expand...

"What, like after I've ripped them all out and eaten them?"

did you ever commit a crime corpsey? 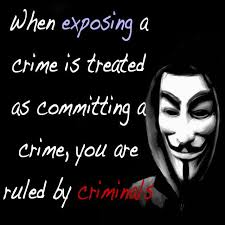 This is a great example of what we can call "selection games."

The defendant is being selected for either a mental health institution, a death sentence, or life in prison, and he has preferences between those options. He's defended on the basis of his behavior—what that behavior indicates about his mental state. So there's an obvious attraction to behaving in ways that lead to the selection game outcome he's after.

And, briefly, it's clear that we can never know for certain whether someone is sane or insane—what's inside their head is a black box, and we don't even have very clear ideas about what sanity is, to begin with. All we have are these outside signs, cues, etc. And we get impressions about what "crazy" looks like from life experiences, from watching movies and television. And then we act those out.

Big gaps in private vs. public behavior is one of the main ways you can actually identify what's "playing the game" and what's "real"

And I love the way the video emphasizes, with the Parkland shooter, that the more he says up front, the narrower his options are down the line. That you wanna leave options open, keep the most paths in the garden of forking paths available. This is sometimes called "intrinsic empowerment" in AI. All else equal, maximize degrees of freedom. It's why exercising your 5th Amendment rights is important—you're keeping options for possible play strategies open, til you get a lawyer. But when you claim one kind of thing ("demons, voices") early on, you gotta now stick with that strategy. It limits you.

There was a programme about the Cardiff 3 the other night

Over a period of four days, Stephen Miller was interviewed on 19 occasions for a total of 13 hours; he was denied access to a solicitor for the first two interviews. Miller, who had a mental age of 11, confessed to the killing after making 307 denials.[54] Miller also implicated the other men.[55][56]
Click to expand...

This was after his alibi was fully corroborated and he'd been cleared - he confessed and implicated 2 other black guys, though the murderer was white, and they did a lot of time before they won their appeal. Mansfield QC said when they played the interview tapes at the appeal - if that's how the cops behave on tape....
Last edited: Oct 5, 2021

Bet this guy's got this video on his Tinder profile.

James English has the best of the worst faces of crime on, terrifyingly bad

They’re unintentionally genius though, the shapes of heads and the features that squeeze into them, accents, who’s confident, who’s pickled, the bs. If it was tv, channel def C5 2am alternate weeks fodder wrecked from 12 pints