I've just read most of Administration of Fear and it's very much in line with some of the stuff we've being discussing here. He's talking about things like the enclosing of space through the ideologies of health and security, society breaking up into fractals and time having more or less completely overrun space via technology.

There's a bit of a mad bit where he suggests we'll end up using genetic engineering to make more "efficient" humans who need less water, oxygen etc and can function in a world ravaged by climate change; also warns of "hyper-racism" - thought that was just a silly Landism... - once these people appear and "naturals" are seen as inferior, but, that clunky sci-fi stuff aside, it's a decent read.

version said:
he says he's not a conspiracy theorist, he only describes logics.

There's another bit where he says something like "as you know, I studied bunkers," and it reads like something someone would stick on a meme of him.
V

One of the bits that really leapt out at me was him saying he wasn't against technological progress per se, what he's talking about is the way technology, and the speed of it in particular, compresses life into a single, breakneck rhythm it's impossible for people to keep up with; also that one of the problems with speed is that the faster you go, the less you notice anything but what's directly in front of you.

He starts talking about how life used to be structured around things like seasons and whatnot and now that's all gone out the window, that there's an expectation that everything's 24/7, no reason you can't also work on Sunday etc.

There's also a bit where distinguishes between "green" and "gray" ecology, the former being plants, animals and so on, the latter being things like distance and time measurement, which he says are also being polluted.

i agree you cant stop any more. in the same way that you cant take time off from the pandemic. theres no way to escape it for a second.
V

Yeah, he says that about fear too; describes it as an environment we now just live in due to the speed at which information travels round the world; a bomb goes off somewhere and we all immediately know about it.

He goes after Fukuyama at one point and says he should have declared the end of geography rather than history, also says Baudrillard was wrong re: simulation because it doesn't end with simulation, a simulated reality will integrate itself and keep generating further realities.

sounds too difficult for me. fun though.
V

It isn't difficult. It's very short too, only about 90 pages.
V

"I have always said that I am not aganst new technologies; I am only against promoting them."

what does this mean?

Baudrillard was wrong re: simulation because it doesn't end with simulation, a simulated reality will integrate itself and keep generating further realities.

intergrate itself with what? reality? so that it becomes a facet of reality and reality responds to it and emeshes itself with it? or what?
V

I'm hoping he elaborates a bit in some of his other books as this is about three lines in this one. There's not a lot to go on and I could be way off.

Well this is why I say it's too difficult for me. I like to understand what I read or I feel stupid.
V

I was reading stuff about their relationship earlier and apparently Baudrillard spent years using a phrase of Virilio's without ever explaining what he meant by it only to finally explain he was using it in a different way anyway;

I can see why some people hated him. He always seemed to be on something of a wind up,

“There is nothing worse than this obligation to do research, to seek out references and documentation,”
-- Baudrillard, Cool Memories

Baudrillard’s writing took place at great speed – where things appear and disappear rapidly – it is the essence of the Baudrillardian poetic (and the annoying [to some] passing over of references)...

This is the moment he has been avoiding and now finds enveloping him. It is the moment when Baudrillard was overtaken by fiction and accepts that theory can be, and always is, pure fiction. We have, by this point, travelled some distance from the practicalities and efforts to make sense that is Virilio’s thought and writing...

Baudrillard also understands that writing is something very different for he and Virilio. For Virilio writing is “a resistance, a defence of the old world and slowness” whereas for Baudrillard it is “a form of singularity, a thing which doesn’t conform… the invention of another antagonistic world”...
C

I got hold of that virilio book about the bunkers, cos the guy who wrote applied ballardianism, Simon sellars, raves about it (and I really liked his book). But it didn't really clci Keith me. The photos were cool for a bit, like all the weird outlandish shapes, but nothing in the commentary grabbed me.
V

catalog said:
I got hold of that virilio book about the bunkers, cos the guy who wrote applied ballardianism, Simon sellars, raves about it (and I really liked his book). But it didn't really clci Keith me. The photos were cool for a bit, like all the weird outlandish shapes, but nothing in the commentary grabbed me.
Click to expand...

That one doesn't interest me at all. I don't think much of his "bunker church" either, 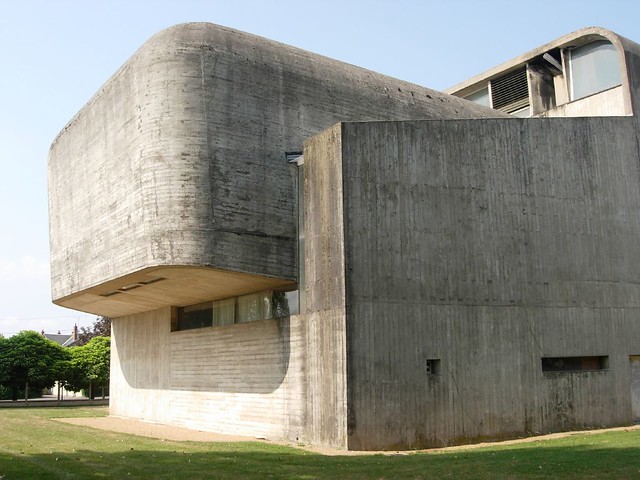