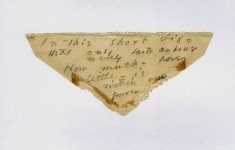 Blake might not have been influence by the Chinese but I think Higgs in the new bio says he has a taoist way of looking at things which chimes with the Chinese.

Higgs is an absolute idiot
C

This is one of the sentences in the bio:

Blake appears to have been cisgendered and heterosexual, but there may have been a transgender aspect to his sense of self.
Click to expand...

what an absolute cunt 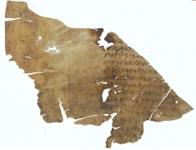 catalog said:
This is one of the sentences in the bio:
Click to expand...

so did i
C

I think he's OK but there's this really odd chapter at the end where he tries to situate blake now and it's full of clangers like that. I suppose product of the moment but even now it feels really awkward.

the klf book he did which i guess launched his career was good becasue it just summarised the ideas of robert anton wilson. the leary one was ok becasue learys life story is so insane you cant really fuck it up. but blake is far too difficult for a moron he should have done some other colourful head culture icon like john c lily or something or even alan moore
C

He spends quite a bit of time talking about how iconic blake is, everyone loves him, but does this sort of "but do they know why they love him" routine and then proceeds to "explain" the paradoxes and so on. But yes, you do sort of feel by the end that maybe he's not "got" him either.

I write, erase, rewrite
Erase again, and then
A poppy blooms.

luka said:
"No facts but in things"
Click to expand...

I just read this Robin Blaser poem in the NAP anthology, which I noticed has the same "wet black" tree image of the famous Pound poem (inspired by it maybe?) but breaks the imagist rule by mixing the abstract with the concrete - "wet black trees of my humanity". I prefer the imagist approach personally, but it's interesting to compare them. 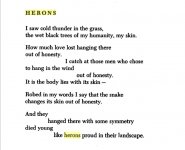 Actually, that"wet black trees of my humanity" line really does sound rubbish compared to the purity of the image in the Pound poem. It muddies the waters of the imagination and is kind of patronising, like clunky exposition in a bad novel or something.

"Don’t use such an expression as “dim lands of peace.” It dulls the image. It mixes an abstraction with the concrete. It comes from the writer’s not realizing that the natural object is always the adequate symbol.

Go in fear of abstractions. Don’t retell in mediocre verse what has already been done in good prose. Don’t think any intelligent person is going to be deceived when you try to shirk all the difficulties of the unspeakably difficult art of good prose by chopping your composition into line lengths."

Benny B becoming a Pound scholar has been another left field turn in 2021, but a good one.

. I am prompted by my present isolation from people and books to offer a few vague, unsupported and highly compressed reflections about the kind of work you are printing, much of which seems to be in the mode most prevalent among a section of the more interesting American writers. Briefly, my viewpoint is this: current American writing doesn’t seem to have gone much further than the basic Imagist resolution at the beginning of the century—the breakthrough of Pound and Williams. Not only do few writers seem to wish to go any further—or advance in any other direction—but hardly any of the current endeavor at new experiment seems aimed at developing technical means for a change of attitude or approach.
The implicit anti-intellectualism of the current short lyric—its explicit dogma is the pre-occupation with Zen and derived vatic utterance—leads to the capture of the small moment of contact between humans; but more often of the instantaneous insight by the percipient into a landscape or environment not containing other beings that we can conceive of as living—over days and weeks—their own, various lives. The area of complete, fused success is that (generally) of momentary perception, mostly a sensitive refraction of what is seen and heard. We are not, really and in fact, far from Pater, though infinitely more poised and well-disciplined into the tentative casualness of mood that is so much more seriously outward than ever Pater was. And the sense of urgent concern, the voice speaking from the center, is there; but working always through the small, amenable event, the personal image. The writer’s total involvement opens out the relevance of this experience to infinite dimensions, fills the horizon, and genuinely. This is a vast achievement, especially in view of the deliberately small aims and over-developed musculature of most English writers of verse, sheltering with provincial timidity behind the irony inherited from Eliot. It stimulates in a way that American verse has never done before, and English not (perhaps) for over 150 years: but there is seldom evidence of equipment or intention to control and shape that stimulation, which often remains a near-vicious indulgence (I overstate, this I realise). But a lot of American poems now being written are opiate, offering substitutes for experience instead of modes of access. Once we enter the world of these short poems, we may move at will over a wide plain, shape the course of our progress through it according to a personal choice. The real concern behind the writing is enough to exclude the outer world and provide the motive power for movement; yet the precise direction is our own.
Hence perhaps the importance of the journey itself as an image, especially in longer poems; the motif of action without sufficient motive; the conscious arbitrariness with which the small event becomes the occasion for serious writing; the general rebuttal of the will as an element in human experience. Hence perhaps the way so many poems need the pool of silent reflection that follows their close, into which the strong concerns not shaped into final relevance by the last line can lose themselves in free contemplation. For the concern must have a fully articulated object (so I believe); the object should not be the poet’s anterior experience (Eliot’s fundamental error), but the poem’s achieved shape. This is not only the words as isolated monads, but their ordering; the grammar of feeling; the movement forward speeded or checked by the adverbs, bent, inverted or split by the conjunctions, maintained always by the constant verb. And this is not simply the imitative verse-movement of the Augustans, but a unity on a much deeper level. It is the mind at work, directing the convictions or importance to what is in fact important, working every preposition into the final contours of the poem and the shape of its own defining.*
Click to expand...

have you read the chapter off the pound era called 'fragments'?

luka said:
have you read the chapter off the pound era called 'fragments'?
Click to expand...

No, but I'm definitely gonna get a copy of the Kenner book soon. I read a few things online about the Papyrus poem, first saw it in poems for the millennium but didn't have a clue what it was when I first read it.
Last edited: Jan 2, 2022
C