yes, you have to reckon with the fundamental and unresolvable ambiguity. as an agent you might never know who ultimately you are working for

and the right are not wrong when they point to the funding sources of these dissident groups and say, lol, how can they be a threat to capitalism when they are funded by capitalists

one story about black lives matter, and it has a 70% chance of being the true story, is that its radical leaders were sytematically murdered and the movement was co-opted and defanged

Someone shot George Floyd's niece this week in a "targetted" attack

When you look back at the high levels of cop infiltration among UK activists years ago that has been revealed recently it's hard not to get the impression that it's a huge setup,
Often the cops were the most militant members encouraging them to greater acts of extremism, writing the incendiary manifestos, bringing the specialised skullduggery skills for bombing department stores and huntingdon life science nazis etc

all the terrorists they caught who werent terrorists too. then there's the amazing story of tupac's mum Afeni adam curtis tells in cant get you out of my head

In April 1969, she and twenty other Black Panthers were arrested and charged with several counts of conspiracy to bomb police stations and other public places in New York.[2] With bail set at $100,000 each for the 21 suspects, the Black Panthers decided to raise bail money first for Joseph and Shakur so that those two could work on raising bail for the others.[9][11] The pre-trial started in February 1970 and the actual trial on September 8, 1970.[12] Charges brought against her and the other members of the Black Panther Party were attempted murder, conspiracy to commit murder, conspiracy to bomb buildings and conspiracy.[12] Shakur represented herself at trial, interviewing several witnesses and arguing in court.[9]

One of the people Shakur cross-examined was Ralph White, a "suspect" who was in fact an undercover policeman who had infiltrated the Black Panthers.[13] Shakur had repeatedly denounced White as a cop because he was "a hothead ... too arrogant for a Panther."[14] White testified it was retaliation for refusing to hire her to work in the Harlem Panther office.[13] Shakur got White to admit under oath that he and the other two agents had organized most of the unlawful activities. "She asked him if he'd ever seen her carry a gun or kill anyone or bomb anything and he answered no, no, no. Then she asked if he'd seen her doing Panther organizing in a school and a hospital and on the streets and he answered, yes, yes, yes."[15]

She and the others in the "Panther 21" were acquitted in May 1971 after an eight-month trial.[11] Altogether, Afeni Shakur spent two years in jail before being acquitted.[12]

I was thinking more of the UK animal rights and anti McDs campaigns but the same goes for the "terrorists" too, it just takes a few decades to come to light.
So we know about the IRA now, and the Panthers, & you have to wonder about the likes of ISIS, tho maybe the vigorous drone extermination campaign will have deleted the loose ends this time round.

luka said:
my expert opinion is that of course geopolitical rivals use internal dissent as a way to undermine governments. they fund them, they agitate, they advise on tactics so on and so forth. this doesn't mean that that dissent is not organic, although it does mean that its influence might be blown out of proportion.
Click to expand...

You're so good at generating dissent that I strongly suspect you're a CIA/Mossad psy-ops agent. Either that or GRU. In retrospect it's obvious, actually. Kicking myself I didn't twig years ago. 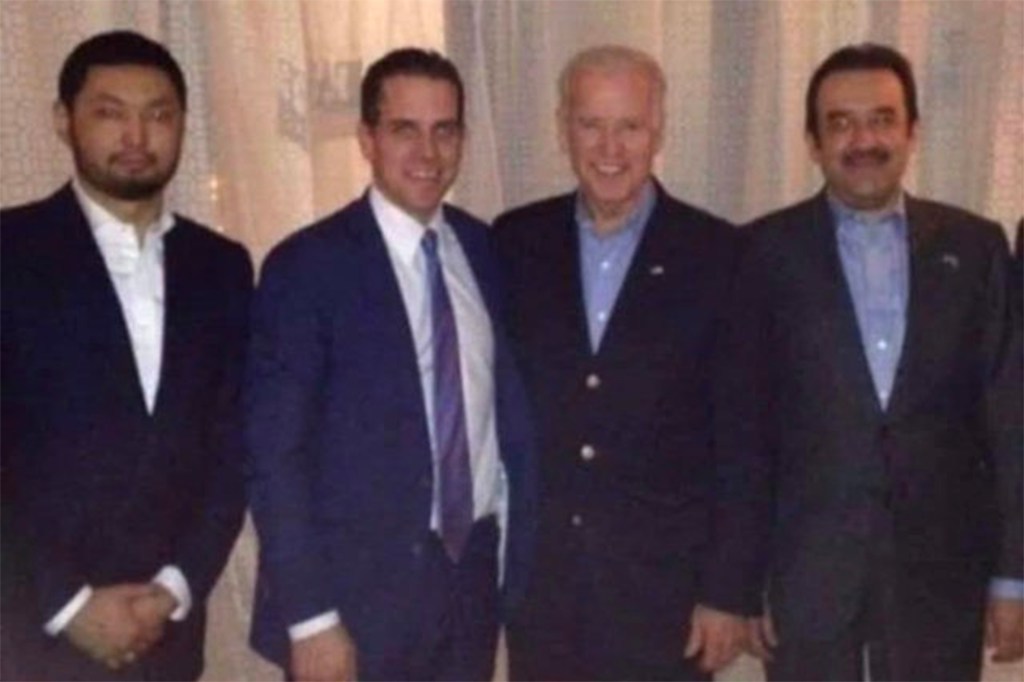 A new photograph has emerged of Democratic nominee Joe Biden posing with Hunter Biden and Kenes Rakishev, a Kazakh oligarch who reportedly worked with the former veep’s scandal-scarred son.

The fella on the right is the former security chief who was arrested for treason today. oops.

A new photograph has emerged of Democratic nominee Joe Biden posing with Hunter Biden and Kenes Rakishev, a Kazakh oligarch who reportedly worked with the former veep’s scandal-scarred son.

The fella on the right is the former security chief who was arrested for treason today. oops.
Click to expand...