I bet he's a dickhead

One of my friends is gay, but he's also slept with more women than a fair few of my straight friends. Does that not make him bisexual?

My brother has a tattoo of the word 'GUILLOTINE' across the top of his crotch that extends down his penis, but he also has a tattoo on his calf of a small, cartoon penis with little feet and legs. 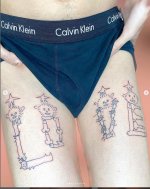 linebaugh said:
in fact @IdleRich youre the closest thing I can think of as an exception to the rule but 1) I dont really know you 2) youre older and I think Im talking about a younger person phenomenon
Click to expand...

I think you're saying here that I take loads of selfies but I'm almost not awful, is that right?

linebaugh said:
theres a normal selfie culture for non white/non straight people that takes in a few mentally healthy people, that might be a younger generation thing though. still a high rate but not a law like it is for straight white men. I added straight white male because without exaggeration its 100% of the time in my personal experience. Cant think of a single person nor could the numerous people I ran the theory across.
Click to expand...

But I think that that is what i was getting at with the guy with the facial growth. To be clearer, I think there are two reasons for taking selfies
1. To show off
2. Some other reason
Which sounds stupid. But what I mean is, ninety percent of selfies are in category one. But you may conceivably have another for taking a selfie, to document something, or some sort of agreement or bet between people or whatever and I think that what you're saying is that there could be some reason that arises in some particular group or subculture which causes or even requires them to take selfies. And so they escape category one.

version said:
My brother has a penis tattoo.
Click to expand...

It's like the bit in Wellington Paranormal "He's got a tattoo of his mum's back on his face?" "What?" "Yeah, he got mixed up in the tattoo parlour and said it the wrong way round"

I like the stupidity of jokes like that - for a second it makes sense cos you could say it the wrong way round... but it's actually asking us to believe that after saying it the wrong way round the guy didn't twig when the tattoo artist said "have you got a pic of your Mum's back" and just sat there while it was erroneously being applied to his face. Could happen I guess, most people are pretty fucked when they get tattoos. In fact, come to think of it, on Christmas Eve there was a bit when I seriously thought they were gonna forcibly tattoo me... this guy gave me a massive dose of G and then got out his equipment (ooh er) and then everyone started putting a huge amount of peer pressure on me. I was actually just about to start crying and give in when they said "oh we're only joking mate". Last time I go back to my parents for Christmas anyhow...

version said:
One of my friends is gay, but he's also slept with more women than a fair few of my straight friends. Does that not make him bisexual?
Click to expand...

Do you count us dissensian incels as among your (straight) friends? If so that wouldn't exactly be difficult would it.

One of my friends who is gay copped off with men twice in two weeks at bus stops coming home from clubs. Our friend re-worked the Basement Jaxx song Romeo to be about her but the only bits I can remember went "You used to be a homeo, but you keep pulling at the bus stop, I wish you'd make your mind up".

IdleRich said:
I think you're saying here that I take loads of selfies but I'm almost not awful, is that right?
Click to expand...

So @linebaugh , when I wrote that you responded with a laugh emoticon but no denial, I guess that means that I pretty much hit the nail right on the head then eh?

As I was in the other thread baring my soul and saying how much I cared for every member of dissensus deeply and that I would treat every man jack of you like a long lost brother should they ever visit my adopted home town, the best you could manage to say of me was "you may almost be not awful". 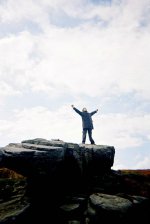 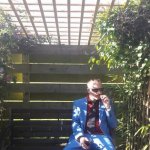 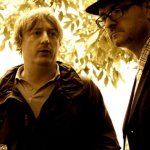 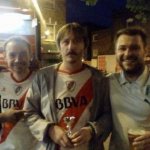 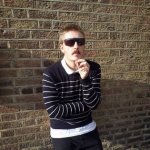 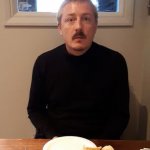 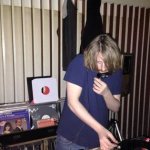 none of those are selfies rich they're just pictures of you.

version said:
I know a guy who posts a picture of his first pint whenever he goes to a pub with captions like "Might as well... " and "Would be rude not to... ".
Click to expand...

There's something really tragic about that. I mean, to put it in context, it's surely not controversial to say that social media has made attention-whores of us all, whether we happen to be a bratty teenager or a grandmother who's proud of her crochet skills, and surely we'd all admit to occasionally making posts that say little other than "notice me!", or posting photos of things that aren't, if truth were told, all that remarkable. You only have to look at me and catalog trading our interminable mushroom photos, but at least that's something not everyone is into, and each of us knows the other takes an interest in it. Or maybe it's one of the collector types like Dan or Rich using FB to show off a photo of a very rare 7" they've finally got their hands on after years of searching. But that is an achievement, or at least a stroke of good luck that might arouse some envy in someone else who also after it.

But... drinking a pint in a pub? Something millions of us do pretty regularly, that nearly all of us do at least occasionally, and that can be "achieved" by literally anyone over the age of 18 who has at least four quid in disposable income? That's something someone felt the need to share with the world? Even taking a photo of your food in a restaurant is less bad, because it might be particularly tasty-looking, or unusually presented, or perhaps diabolically bad or whatever.

I dunno, I think it's pretty funny

You mostly look alright in those rich but not that big fat one you posted to prove your not vain, where your neck just melts into your chin. Good job your out of that phase in my opinion.

luka said:
I dunno, I think it's pretty funny
Click to expand...

I mean, sure, funny, but certainly not in a "laughing with him" kind of way.

woops said:
none of those are selfies rich they're just pictures of you.
Click to expand...

Oh yeah. They are selfies in principle cos they are pictures of me selected by me etc. But basically I don't even know what a selfie is. Which makes it all the more galling to be so despised for doing them.
Last edited: Jan 12, 2022

luka said:
You mostly look alright in those rich but not that big fat one you posted to prove your not vain, where your neck just melts into your chin. Good job your out of that phase in my opinion.
Click to expand...

It's weird cos my weight really does fluctuate a lot. I mean a lot. I guess I eat like a pig, I do a lot of sport... and sometimes I go on benders which means I don't eat for days. Obviously I like it more when thin not fat but realistically I have to recognise that there will be a fat period soon enough in my near future. The one in that picture (my brother's wedding I think) is an extreme example... but maybe not the most extreme. If I could stay like this I would love it... but..

I feel bad for saying it. But there is something pillocky about his aura.
Click to expand...