When Belgium Ruled the World

the ig said:
I mean obvs but so great. poss my fave rave-era Belgian bit.

and that mid-80s thing when everyone moved to Bruxelles and worked with Crépuscule: Anna Domino, Tuxedomoon, Alan Rankine, Minimal Compact etc etc etc
a v v hip place for a hot mo..
T

Haunting popcorn classic, one of the few that's actually Belgian (or, at least, was a Belgium-only release):

I've got bad memories of Belgium, I hated it. Antwerp, anyway. I had to go for work and my contact over there was some Denis Nilsen lookalike called Roger Wauters (I’m not making this up) who wore a brown leather jacket and crusty brown leather gloves. First night out, he refused to drink alcohol and muttered something about degenerate drunks. We passed some Hasidics on the street and he hissed “Look…they breed like rats.” BTW, I’m doing Denis Nilsen a bit of a disservice.

Next day, he drove me to some meeting in his paedo matchbox car and was yammering on non-stop about how Dutch people are arrogant and the UK sucks. Despite having ancient relatives who were hanged by the British, I could have tattooed a Union Jack on my face there and then. I started talking back and he snapped “SHH! I am driving…it is dangerous to talk”. I ditched the fucking headcase ASAP and snuck off to a pub where the barmaid had a black eye, and some drunk bloke with a weird moustache kept blowing hot and cold with me – buying me drinks and poncing my fags, then wanting to argue about something – all the while telling me how great Queen were. I’d had a few and was losing the will to live, so said something like “Actually, I think Freddy Mercury was a complete cunt, and Queen were shit” and he swayed off his barstool, ready to smack me one. Then his girlfriend jumped in to calm him down in Flemish(?), and apologised, saying “He’s very upset, he lost his job today”.

Bruges pisses all over Antwerp: it has good chips and a better Torture Museum.

Best Neon Judgement song is “TV Treated” IMO. Bit of an obvious choice, maybe, but I love it. I also like this gothy song:


Seeing as the thread's deviated off New Beat for a bit...for Belgian punk, this song makes The Fall’s “Repetition” and The Buzzcocks’ “Boredom” sound overblown

Definitely TV Treated yeah... Liza plays Factory Walk a lot which is similar but not as good for my money.
M

IdleRich said:
Definitely TV Treated yeah... Liza plays Factory Walk a lot which is similar but not as good for my money.
Click to expand...

That one's got a nice dirty, bleak industrial sound, especially at the start...but yeah, feels like TV Treated's demo cousin.

How have we not had this absolute monster tune yet?

propa goth crimpy hair sideways dance classic. if u know what I mean.
Click to expand...

The offbeat synth stabs make this sound weirdly like a ska tune...
T

A lot of these are - regardless of enjoyability levels, objectively speaking - When Belgium Didn't Rule the World

or
Just Before Belgium Ruled the World

or
When Belgium Ruled... Belgium

I did notice that the thread had become slightly derailed... but I didn't say anything cos personally I prefer the music from before they ruled the world. 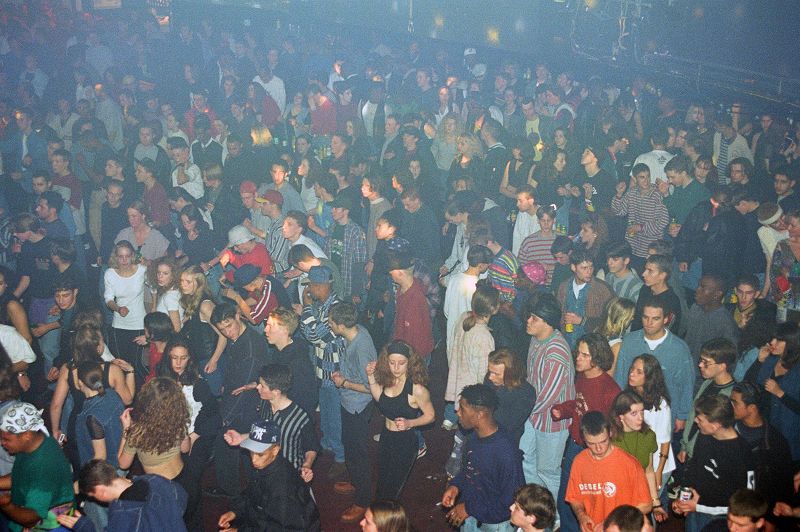 Sound Of Belgium | Listen on NTS

NTS is a global radio platform broadcasting music from over 50 cities around the globe, live 24/7.

Some great tunes in this thread but the title could be quite triggering if you were Congolese.
T

all ya need is riffs..