The lyrics of this are astonishing "we took a seat at a table". It's so banal.
W

DannyL said:
The lyrics of this are astonishing "we took a seat at a table". It's so banal.
Click to expand...

going back to those Goldie Lookin Chain songs qwerty posted its like.....i don't like them but this yet again reaffirms my point about how certain people end up listening to rap acts like these guys where they're using the kind basic flows early 80s rap flows that you only hear in like TV sitcom parodies of rap. It's that strange thing where like especially if you're white live in the UK and i dunno don't live in a major city or have "the cool friend" who introduces you to the kind music that rewire how you see the world, you end up gravitating to stuff like this. I mean lets face it GLC are basically a novelty act, they're not Half man half biscuit who if you do sit with their music when you get past the refferences a good chunk of their songs are about how dumb and banal the English middle class are.

and like @shakahislop brought up it comes from this strange arguably self centerd place that ALSO falls for the trick of "authenticity" that rap fans keep falling for time and time again no matter how much they say they don't believe any rapper, where like its 2003 the biggest album at the time are Get Rich or Die Tryin and you think to yourself "this guy raps about how tough he is cause he survived a shooting and the highs and lows of the street life i can't connect to that" but these Welsh lads who talk about ASBOs and getting beaten up outside of Tesco, i can relate to that!"

@qwerty south i don't say any of this with any disrespect to you but like the same reason i don't find Goldie Lookin Chain funny is probably from the same reasons i don't find Munya Chawawa funny...at all and its why when people who are into these kind of groups and rappers gets into a discussion with somebody like me who follows what's happen currently in the music if you bring up those names you either get one of two responses either abject confusion or really harsh rejection where you're told nobody listens to any of that shit and makes you realise that these things are actually smaller than what the internet or friends might have told you.
Last edited: May 10, 2022
W

Its this sort of thinking why SOMEHOW all even now 2000s underground/backpack rap was just used as this entry way for people to get into and around rap music. Into in as far as that stuff was definitly rap and the people making it engage with the culture and maybe abide to that archaric idea of "4 elements/b-boy/ i'm a MC not a rapper" type shit but you go around it in that because of your engagement and refusal to accept the music on its own terms cherrypicking these specific names doesn't give you a full picture.

It's WHY all even now when its brought up the lingering image of the kind of people who liked that music is of the most aggravating confrontational white dorks from who live in either middle of nowhere america (or Europe) who want to furiously debate you on why their favourite niche rapper is 1000 times more intelligent and better at making music than the guy whose currently having a big moment in rap at large right now and especially weird now when all those albums from that particular point are nearing 20 years in age.

Its one of those things that like now white rap fans i feel try to overcorrect on but they still fall prey to the same bullshit that previous generations did.

It's just that whereas in the past it would be rappers like i dunno Ugly Duckling and the anticon guys these days its Sematary
Last edited: May 10, 2022
W 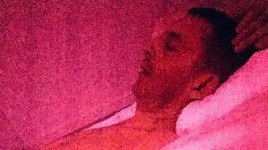 Goldie Lookin Chain have released about 20 albums - they ain't no joke.

Yes, some of their beats of the 80s retro sound but that is a strain of hip hop - it's not all the self-consciously retro sound of Ugly Duckling etc. Their lyrics are a cut above the average in UK hip hop (which they also parody too in a small way) imo.
Q

Yes, some of their beats of the 80s retro sound but that is a strain of hip hop - it's not all the self-consciously retro sound of Ugly Duckling etc. Their lyrics are a cut above the average in UK hip hop (which they also parody too in a small way) imo.
Click to expand...

i mean if they're a cut above the average in UK hip hop that's really not saying alot lol and yeah they have 20 albums but there's rappers who have done that now just to show that they could do it.

"dead universe unto itself" - yes there is a distinct lack of progress / life in a lot of UK hip hop. The historical lack of female participation in the scene (even at audience level) must be a factor. Events are often quite shambolic in my limited experience (including rap battles ).

UK hip hop (Skinnyman, Klashnekoff) played a significant part in Channel U which laid the foundations for the commercial success of UK rap today
Last edited: May 12, 2022
W

qwerty south said:
"dead universe unto itself" - yes there is a distinct lack of progress / life in a lot of UK hip hop.

UK hip hop (Skinnyman, Klashnekoff) played a significant part in Channel U which laid the foundations for the commercial success of UK rap today
Click to expand...

it laid the foundation but it's completly divorced from "the culture" that built it yeah there was alot of it on Channel U but you try to covince people there's a clear link between say Phi Life Cypher and Moscow17 or say Lewis Parker and Central Cee.

The thing with UK hip hop is that aswell as being regarded as an embarassing thing that "brits just shouldn't do" it was always in the shadow of what was going on in dance music at large, i don't say this like what that lot did in the 90s/2000s didn't matter but the reason they were able to do what they did unbothered was in part because it was seen as the red headed stepchild of rap music lol.

and even after everything from grime onwards that embarassment is still there with alot of older people i've seen it enough on here and even the couple times The Martorialist decides to cover rap from over here, it's something that the youngers from arguably my lot onwards just don't really have and if anything more take pride in, dropped t's,regional accents and all.
Q

WebEschatology said:
i mean if they're a cut above the average in UK hip hop that's really not saying alot lol and yeah they have 20 albums but there's rappers who have done that now just to show that they could do it.

even some of the high focus guys have embraced whats happening currently as far as underground rap this stuff just feels like it exists is some dead universe unto itself
Click to expand...

Some of the best ever Uk rappers would fall into the UK hip hop genre arguably:

and like somebody else pointed out @qwerty south this is something now with drill that alot of those UK hip hop guys are pissed and bitter about because the aim was to make our own homegrown native version of rap culture from the US, 20 years have passed now we've got it and their completly cut off from it and not only that they don't have anything to show for it either.
Q

Even UK battle rap has many world-class talents

ok they might be talented but do they have the songs to back it up? which is always the problem with battle rappers

and to bring it back to the topic of this server i think the reason alot of people who wanted to be rappers but decided not to is because they cringe at the sight of these guys including some of the names you mention who are considered the best rappers out of the UK because they see too much of themselves in them.

on the other hand some of their most dedicated fans are the ones who see so much of themselves in these rappers but that's not enough to lift them out of poverty row now is it?
Q

WebEschatology said:
those 4 you bring up are all UK hip hop as far as i'm concerned and outside of a fire in the booth freestyle you're not gonna see this lot on any of the major platforms on youtube
Click to expand...

The reasons for the lack of commercial success of UK hip hop are legion:

Many of the prominent UKHH guys have been semi-retired for Ages. Many platforms require people to pay to be featured (e.g. GRM) so that's why you won't see them.
W

The reasons for the lack of commercial success of UK hip hop are legion:

Many of the prominent UKHH guys have been semi-retired for Ages. Many platforms require people to pay to be featured (e.g. GRM) so that's why you won't see them.
Click to expand...

i mean Big Beat was't just so much "instrumental hip hop" as it was beefed up hardcore made in mind to try and get alt rock listeners to get into electronic music but not THAT much of a leap away from what was familiar to them. so lets keep it a buck its not like say just UK hip hop was affected

Westwood i know that coloured it but also considering how the UK has always tended to rep East Coast as far as taste goes its like why would i settle for a weaker version even if its homegrown compared to the guy who can get all the exclusive tracks,appearances and freestyles from them. Grime was when he started backing UK music but like again as you said it was more a gesture.

Steve Lamaq might have been a good shout too but he's more a indie rock guy than anything and that connection ties into what i've said before about backpack rap and people not willing to engage with rap on its own standards.

Somebody like Young Spray who these days is more a podcaster than a rapper even though he came up through rap with Northstar because he was in and around people who did grime and Northstar were heavy on the roads AND he was able to manage the leap to road rap and follow current production trends he's been able to keep in the loop likewise with Blade Brown seeing as he's got that album with K-Trap out recently.
You must log in or register to reply here.
Share:
Facebook Twitter Reddit Pinterest Tumblr WhatsApp Email Share Link
Top