at last! a famous and succesful dj appears on dissensus
H 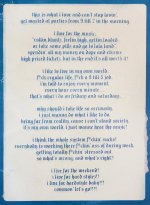 woops said:
at last! a famous and succesful dj appears on dissensus
Click to expand... 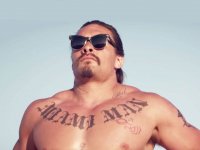 IdleRich said:
I guess we were discussing beat-matching vaguely in one of the other threads lately (or at least I said something but I dunno if anyone listened) and probably I said something about how beat-matching is one of the ways that DJs can use to make their set better. I mean it's a really cool thing when it's done well, it sounds good and it's satisfying to do even. But it is only a technique, it's not the ultimate aim in itself - and I really think that some people seem to forget that and make it the be-all and end-all. Like when you hear someone saying "I really love this tune but it's the wrong bpm and so I won't play it" and I always feel that that is someone sacrificing their set to the cast-iron rule of tempo... I think if that were me and I really wanted to play the tune then I would just press stop on one tt and just put it on as it was. I do understand that the statement about not being able to play it might well mean that they have considered what they would gain by doing that and whether it would make up for the loss of built-up momentum and atmosphere that would occur... so, sure it's not like a stupid thing to say or anything. It's just that I think if it were me then I would feel the other way.
Click to expand...

Yeah, beatmatching is a silly thing to obsess over, but I'm not especially smart. Can't tell you how many phenomenal records
I've cast aside over the years, just because I couldn't figure out how to work them into a set. Beatmatching was VITALLY
IMPORTANT to the people I learned to DJ around. Regardless of how cool or cute or erudite you might be, you straight
up were not getting shows in Eugene, OR circa 94 if you weren't consistently able to run two or three
Suburban Bass records together for four minutes. It took me close to a year to get good at it, and I was inordinately proud
of my achievement. Despite loving non-beatmatchers like Aba Shanti I and Sunflowr Fish, I would often get really upset
by people who refused to beatmatch, or didn't do so as dramatically as I might have liked (nearly every UK DJ at the time).
The 2000s indie dance/everybody-is-a-DJ thing was absolutely abhorrent to me. I've since gotten over all that, and am now
considerably happier about DJing and life in general

IdleRich said:
In fact, what you're saying about being a techno dj and then hoovering up all these other sounds and starting to become a different kind of dj (can I ask, is that instead or as well? Have you hung up your techno boots entirely or do you just do both types these days?)
Click to expand...

Not sure, really. Very much dislike what the US scene's turned into over the past 10 years, though I've been offered a couple
of releases, which I may or may not do. We'll see...


IdleRich said:
Cos if there are some tracks that you know you can beatmatch then you'll almost automatically do it that way and it's one fewer thing to think about... so it's quite nice to play with Liza and watching her almost solve the problem of "how will I make this one work?" again and again.

Anyhow I listened to your Tsetsetse one and it's cool man. I mean really it's a lot of fun. Again I find myself saying to someone though, do you really think of that as a dark sound? To me a lot of it had this really crunchy sound to it which I found quite warm, I'd say I found it kinda welcoming and friendly. Although as this is the second time in the last week or so I've found myself questioning things described as dark, then perhaps it's my sensors (or senses) that need to be re-calibrated, I dunno. That's not really important anyway, either way, I dig the mix, there were a couple of tracks I wanted to ask about but I can't remember what they were now, I will listen again. To me, this is one where it's so tightly put together that it feels kinda one piece of music with various movements. Especially cos the way you've kept some kind of consistency in the sound palette of the selections. I think a lot of that follows from what you're getting at here
Click to expand...

Thank you! So wonderful to hear you say that! Never intended for that project to sound "dark", but nearly everyone
I played for thought it was absolutely the most depressing shit they'd ever heard. Remember doing
a show at one of Ibiza's few rock clubs back in 2017 and being asked to play something more upbeat, as what I'd been
throwing together for the couple of hours prior was evidently making the owner and bar staff "feel really sad".
H

IdleRich said:
I will check these too when I get a sec. Interested in the record throwing bit particularly. You threw your own record at, what, a heckler in the crowd? I'm hoping that what happened was, there was someone way back, maybe on someone's shoulders and they cupped their hands round their mouth and shouted "Can I plug my ipod in?" just as the final chords of Sigue Sigue Sputnik's Love Missile F1-11 faded and so, strengthened by righteous anger, in one fluid motion you seized it from the deck and hurled it like a discuss with deadly accuracy right into their face, slicing off the top half of their skull and causing them to topple backwards into the crowd who turned and devoured them like wild dogs.
Click to expand...

LOL no. Nothing so dramatic. This dude was evidently a Prominent Local Scenester, who had never seen someone play live
using a computer before, and did not like it at all. I was pretty drunk and after over an hour of him yelling stupid shit at me,
hurled a copy of this at him:


It broke against the wall behind him, prompting the bouncer call me a fag. Good times.
H

IdleRich said:
I have heard it's pretty crazy in Florida.
Click to expand...

It is such a ridiculous place. Spent about half my life there, and have traveled extensively throughout the state. If you have any Florida questions, I am 1000% here for you, man.

Yeah, beatmatching is a silly thing to obsess over, but I'm not especially smart. Can't tell you how many phenomenal records
I've cast aside over the years, just because I couldn't figure out how to work them into a set. Beatmatching was VITALLY
IMPORTANT to the people I learned to DJ around. Regardless of how cool or cute or erudite you might be, you straight
up were not getting shows in Eugene, OR circa 94 if you weren't consistently able to run two or three
Suburban Bass records together for four minutes. It took me close to a year to get good at it, and I was inordinately proud
of my achievement.
Click to expand...

Thing is that attitude does make you get good right. Edit - I feel should go and do some practice mixing right now.

Yeah that would do... to start with.