watching Tenet the other day i felt like i was watching quite a new form of film, not saying that i particularly enjoyed it, but I don't remember seeing a mainstream film where the priorities were so skewed towards an aesthetic and so far away from a narrative. the aesthetic itself was also quite distinctive, a lot of stuff that goes in that very visual direction tends to be a lot artier, whereas this was a quick jittery thing with jittery music and a million quick cuts. i noticed the speed of the action more than anything else.

corpsey drill has a similar thing going on i think. most of those tunes are two hyperactive minutes with skittery drums. its quite a restless sound and i find it chops and changes every 8 bars or whatever. the obvious counterpoint is 90s hiphop, i know its old, but there's no rollers in that kind of drill, no-one ever settles into the beat.

the youtube aesthetic is frequently the same and possibly where a lot of this originates. something like the hype house is a million quick shots, you get that thing where someone is talking and they cut together two lines from different takes with the same static camera so you get that sudden jump in someone's position, you get those quick half a second interludes with titles, very fast flashing wording. the information is quick and disjointed and unless you're like 18 its really jarring

everything on tiktok, given that it's 30 second videos, happens in a format where there's no wasted seconds, and of course even the structure of the app (quick endless videos) has that jumpy quality.

computer games probably got there first but these feel exceptionally fast to me now when i see them. the one i notice most is first-person shooters, which i used to love back in the day (its a long time ago, Perfect Dark era). my brain can hardly keep up even watching other people play.

even in the high arty space which you'd not expect to be very influenced by what 17 year olds are into, you have things like arthur jafa, who does a range stuff but has had most success with stuff like love is the message, the message is death which is also a million quick cuts, and works through jarring juxtapositions.

maybe they've always been like that but some news channels are this kind of blaring bombardment of information. not really in the UK but Fox is a very fast stream of information. the indian channels are even heavier in this respect, new text boxes spinning across the screen every two seconds.

i think its quite a dominant trend across various media now, but also one that (coz it's new and i'm not 17) feels offputting, confusing, a bit repulsive, my go-to impulse is disdain: well this is shit isn't it.

shakahislop said:
watching Tenet the other day i felt like i was watching quite a new form of film
Click to expand...

many are saying this
R

Hasnt blockbuster Hollywood been getting quicker with shot length decreasing year on year for a while now? 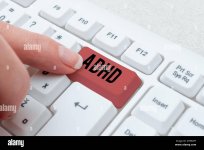 shakahislop said:
the aesthetic itself was also quite distinctive, a lot of stuff that goes in that very visual direction tends to be a lot artier, whereas this was a quick jittery thing with jittery music and a million quick cuts.
Click to expand...

Tony Scott was the king of this.