a cartographic expedition into ambient

droid said:
A recent discovery Im quite taken with

Did some more digging on this guy and I think its a hoax.

droid said:
Did some more digging on this guy and I think its a hoax.
Click to expand...

seems like others are convinced it's fake as well:

a discogs thread asserting it's a fake release

It sounded too good to be true

droid said:
It sounded too good to be true
Click to expand...

can it still be enjoyed, regardless of the validity of the back story? or is it too tainted by the new context?

An electromagnetic breeze which sits at an ethereal crossroads. Title seems apt - harmonic signal sustaining on with subtle manipulation

You can hear Lucier’s influence in a stack of productions in later years and part 4 will never age. Rather than detour to i am sitting in a room, the final piece plays with presencing ephemeral elements with bassy heft. Tremendous separation, play at volume 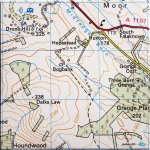 droid said:
The important distinction here is in the intended function of the music (or the lack thereof) or the motivation of the artist and the influence this has on the sonic form
Click to expand...

speaking of toop… you might remember that in ocean of sound he talks about karlheinz stockhausen’s works “telemusik” and “hymnen”. toop mentions that they were rooted in a utopian dream of creating music that united all cultures. in an old review of a performance of “hymnen” dissensus alum Rambler offers this sneering recap of stockhausen’s intent with the work: “the unification of the world in a collage work . . . at which point peace will spontanenously break out across the earth, or something”. it’s tough to think of someone more synonymous with (and influential on) the avant garde of the Academy than stockhausen, and it would be absurd to say that his output wasn’t motivated by “the exploration of new techniques”—but it seems like “bring[ing] peace and serenity to society through music” was also a central motivation for some of his most important stuff.


you could say something similar about laurie spiegel's seminal computer music album the expanding universe. in the liner notes, spiegel frames the works included as explorations of new techniques, extensively discussing the technology that enabled their creation. but she also mentions, for example, that “patchwork” was created “to express a light positive energy directly counter to the emotional chaos of most serialism and the introspective heaviness of atonal expressionism”. maybe her approach, and that of other artists as well, is summed up with this statement: “my pieces are most strongly concerned with feelings . . . but no matter what i feel, my mind is always active . . . and i suspect that every good piece has all the aspects of being human in it which are integrated into its creator”. her belief seems to be that the motivation of wanting to confer a positive spiritual effect on the listener and the motivation of wanting to intellectually experiment ought to go hand in hand.

since the picture you’ve drawn is intentionally super generalized/zoomed out, obviously there would be exceptions and, as we were talking about earlier, edge cases. BUT what if stockhausen and spiegel aren’t that unusual in the multifacetedness of their intentions? there are a lot of other important composers who could be talked about in a similar light. even the artistic activity of someone about 100000 iq points lower than those two, such as myself, seems to be determined by multiple levels of intent. motivation is a very complex thing and a map can make it look so simple.

what’s the harm in simplifying, flattening motivation for the sake of distinction-making? above all that these big assumptions can have the (very negative, imo) effect of misleading listeners as to what they can get out of certain music. in my personal experience, the assumed motivation of the composer often has an impact on how people perceive a composition. if someone thinks the artist was an emotionless theoretician, they’ll often believe that the art has nothing to offer their emotions, spiritual wellbeing, and basically close themselves off to the possibility. again, that sort of generalization is the orthodox view in a lot of music nerd circles, and so many people write off great music because they mistakenly think, based on genre or cultural signifiers or whatever, that it’s not “supposed to” have any emotional effect.

so the Ashram/Academy dyad is great, but maybe we’d be best off thinking of it as a distinction between cultural institutions/social spheres/listening traditions in which styles of music are performed and developed, rather than in terms of artists' internal motivations. i think that would preserve all of the great insights the dichotomy offers, and even include the idea of "function" without giving the impression that the people who make music consist of two different alien species.

Did it have to have a bubbling brook?

here's your music tip of the day. ambient from brain eno. click the link below to hear it.

Forget the much-hyped ambient connection, these melodies are for listening

mvuent said:
Forget the much-hyped ambient connection, these melodies are for listening
Click to expand...

have you played personna 5 mvuent? is it important?

luka said:
have you played personna 5 mvuent? is it important?
Click to expand...

afraid not but i just watched one piece film: red today. the villain is a teenage pop star with demigod level magical powers whose hopelessly delusional, sheltered, overly simplistic worldview leads her to take a lifespan-shortening drug to stay permanently awake, in order to keep 2/3rds of the world population caught forever in a fantasy-reality that centers upon her and which she controls (ostensibly to save them from themselves), before finally dying due to lack of sleep. of course the actual execution was pretty bad, but the premise was decent. just thought you’d want to know all that.
You must log in or register to reply here.
Share:
Facebook Twitter Reddit Pinterest Tumblr WhatsApp Email Share Link
Top