version said:
I recognise the blankness and why people get fed up with it, but yeah, I think it's quite a moving film. The scenes where they're just driving around and the bit outside the party when her husband comes back and they just look at each other in the hallway.
Click to expand...

What does "having a personality" mean? Do we want him to talk a lot about the latest Netflix original series? Should he like a quirky cheese? Should he play ukulele like his character in Blue Valentine?
V

suspended said:
Yes. Violence and force bind our society together, but civilized people prefer to forget or ignore or even contest this (see police abolition)
Click to expand...

There's the Western Imperialist aspect too. In Only God Forgives we're following a family of white American criminals operating in Thailand at the expense of various Thai people until they're brought down by a Thai policeman.
S

I think there was a spate of films Gosling was in around this time. Place Beyond The Pines, Blue Valentine. They're very linked in my mind, maybe unfairly I don't know. But probably worth thinking about those films in this discussion too.

Gosling also directed Lost River in 2014, which feels very related, as if he soaked up the vibe of the art films he was acting in, decided to make one of his own. I haven't watched it, but trailer is very much akin. Wiki plot mentions a "crumbling Detroit neighborhood," a single mother raising two kids and trying to keep them away from "a vicious local criminal named Bully."
S

version said:
This is why it's such a male fantasy. It's the whole thing of being this cool, competent figure. The covert badass.
Click to expand...

"the man whose actions speak for themselves"

which is a central concept in ethology and game theory, the gap between cheap talk and costly signaling. puffed-up rhetoric vs the unfakeable display.

which is just to say that, yes, these films and media in general popularize and disseminate specific visions of archetypes, but also that these archetypes run incredibly deep. they ground out in hard information-theoretic logic and power dynamics.
S

Looks like it even brings back actors from Drive
V

Another big influence on Refn is Kenneth Anger. It's there in the garish colours, the seediness, the Nazi imagery that comes up in Too Old to Die Young. I'm sure the scorpion jacket's a Scorpio Rising nod too. 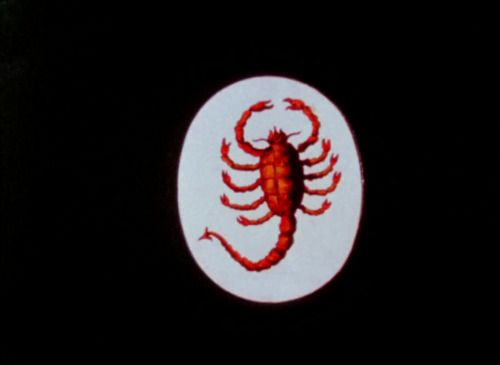 Oh and of course there's Bladerunner 2049. My guess is that his performance in Drive more or less earned Gosling that role. Which of course is trying to reprise Harrison Ford in some ways, very appropriately given that male stoic types are often Lancers (in TVTrope terminology) and Harrison Ford's Han Solo is an archetypalof Lancers.

The main definition of a Lancer is they're a sidekick to the hero, but because traditional heroes embody traditional virtues in a straightforward way (think Luke Skywalker) the Lancer ends up often being vaguely anti-heroic in presentation—surly, or a smartass, or cynical, or nihilistic, or a realist rather than idealist. But despite this presentation, the true colors of the Lancer often show when, yknow, the Millennium Falcon swoops in on a suicide mission through a leap of faith, or Solo risks his neck for love or whatever.

Which is very much the Type of Guy cartography we're dealing with in Drive I think.

version said:
You can trace permutations of the character back through lots of films - Eastwood's Man With No Name, Delon's samurai, Schrader's various anti-heroes, Mann's Thief. A stylised strong, silent type. There are elements of him in DeLillo's 'lonely man in a room' archetype too.
Click to expand...

Hammet's "The Continental Operative" is another merciless - I'd say close on psychopathic - mass killing "hero" with no name.

version said:
He's an avenging angel. That's why the Thai police officer in Only God Forgives is the next incarnation of The Driver and Gosling is really the villain, or one of them. It's the former who's going around cutting down the monsters. We're just seeing it from the perspective of one of the lesser monsters.
Click to expand...

Yeah, at the start Gosling refuses to murder the man who killed his brother cos he realises it was justified. And that makes us think that Gosling is the good guy, but really it just means that he's not as bad as his brother or mother. Towards the end they go to the officer's house and he refuses to kill the child... but I think he kills or at least sanctions the killing of his wife. So yeah, lesser bad guy.

suspended said:
Gosling also directed Lost River in 2014, which feels very related, as if he soaked up the vibe of the art films he was acting in, decided to make one of his own. I haven't watched it, but trailer is very much akin. Wiki plot mentions a "crumbling Detroit neighborhood," a single mother raising two kids and trying to keep them away from "a vicious local criminal named Bully."
Click to expand...

Was just about to mention this. In my mind I always think Gosling is in it cos he's picked an actor who looks like a young version of him and is clearly his representative on earth while he was behind the camera.

I love films like that and I loved that film. Would like to see it again. Something about abandoned cities of that kind with empty houses, a sort of civilisation clinging on... see also Dhalgren or In The Country of Last Things and probably many other books and films too... Wittgenstein's Mistress is another one in a way.

Weird dystopian club where women are encased in plastic shells protecting them from pervy men who try to touch them...

Ben Mendelsohn is in Lost River and Place Beyond the Pines... it feels as though there is some cross-pollination going on here.

@suspended you shared the trailer for Lost River and there is that scene with brightly lit bikes going through the abandoned city at night, very reminiscent of Dhalgren wherein there are these strangely glowing nighttime processions through the empty city.
S

We will see won't we

Johnny Jewel was in the running to do the soundtrack, which makes sense considering the sound of the stuff he does on his Italians Do It Better label (Chromatics, Glass Candy, Desire, etc.). But studio execs wanted an experienced soundtrack composer, so he released some of the unused music on a double cd under the name Symmetry. From a Pitchfork interview:

Pitchfork: I read an article where you said you wrote all the Symmetry music for Drive and it didn't end up getting used. What's the story there?

Johnny Jewel: It's a slight misquote. That interview was done before I really started narrowing down the tracks for Symmetry. The end result has very little of the material that was for Drive. Before they started shooting it, they came to a show in L.A. and verbally hired me to write the score. They wanted all of it to feel like [Chromatics'] Night Drive.

We got the same temporary cues from [Drive director] Nic [Winding Refn] as [Drive composer] Cliff [Martinez] did: Brian Eno, Angelo Badalamenti, a little bit of Atticus Ross. So the stuff I did for Drive was very similar to the stuff that's actually in Drive because we had the same cues. There's like four tracks on the Symmetry record that were specifically written for Drive, but I reworked them. I don't think I'm ever going to release the stuff I did for Drive because it seems disrespectful to the movie.

Pitchfork: Was that a disillusioning experience?

JJ: It was more confusing, but it was really awesome working on such a difficult project. It was the first time I really had a reason to start trying to finalize these abstract ideas. I mean, all the Hollywood clichés are true. But it was also Nic's first time doing a Hollywood movie, and him and Ryan [Gosling] were struggling for creative control.

The producers were concerned about whether I was able to compose, because they were just familiar with my pop music. But Nic and Ryan and Mat Newman, the editor, had a wider knowledge of my background than someone who just searched "most popular Glass Candy tracks." I think they thought I was just a little 20-year-old hipster dude. It was a case where two composers were hired but only one was contractually bound.
Click to expand...

Leo said:
Johnny Jewel was in the running to do the soundtrack, which makes sense considering the sound of the stuff he does on his Italians Do It Better label (Chromatics, Glass Candy, Desire, etc.). But studio execs wanted an experienced soundtrack composer, so he released some of the unused music on a double cd under the name Symmetry. From a Pitchfork interview:
Click to expand...

Guess who did the soundtrack to Lost River though...

Leo said:
Johnny Jewel was in the running to do the soundtrack, which makes sense considering the sound of the stuff he does on his Italians Do It Better label (Chromatics, Glass Candy, Desire, etc.). But studio execs wanted an experienced soundtrack composer, so he released some of the unused music on a double cd under the name Symmetry. From a Pitchfork interview:
Click to expand...

This used to get a lot of play in an office where I once worked, and I was sure I wrote a review of it for our office blog, and now I can't find it, but it was something along the lines of "6 in the morning, driving along a highway in California with two coked up dead eyed models in the back seat"

IdleRich said:
Guess who did the soundtrack to Lost River though...
Click to expand...

I thought this bit was priceless: