wild greens said:
I love Freddy Mamani's stuff. Bolivia on the list, it will get done one day. 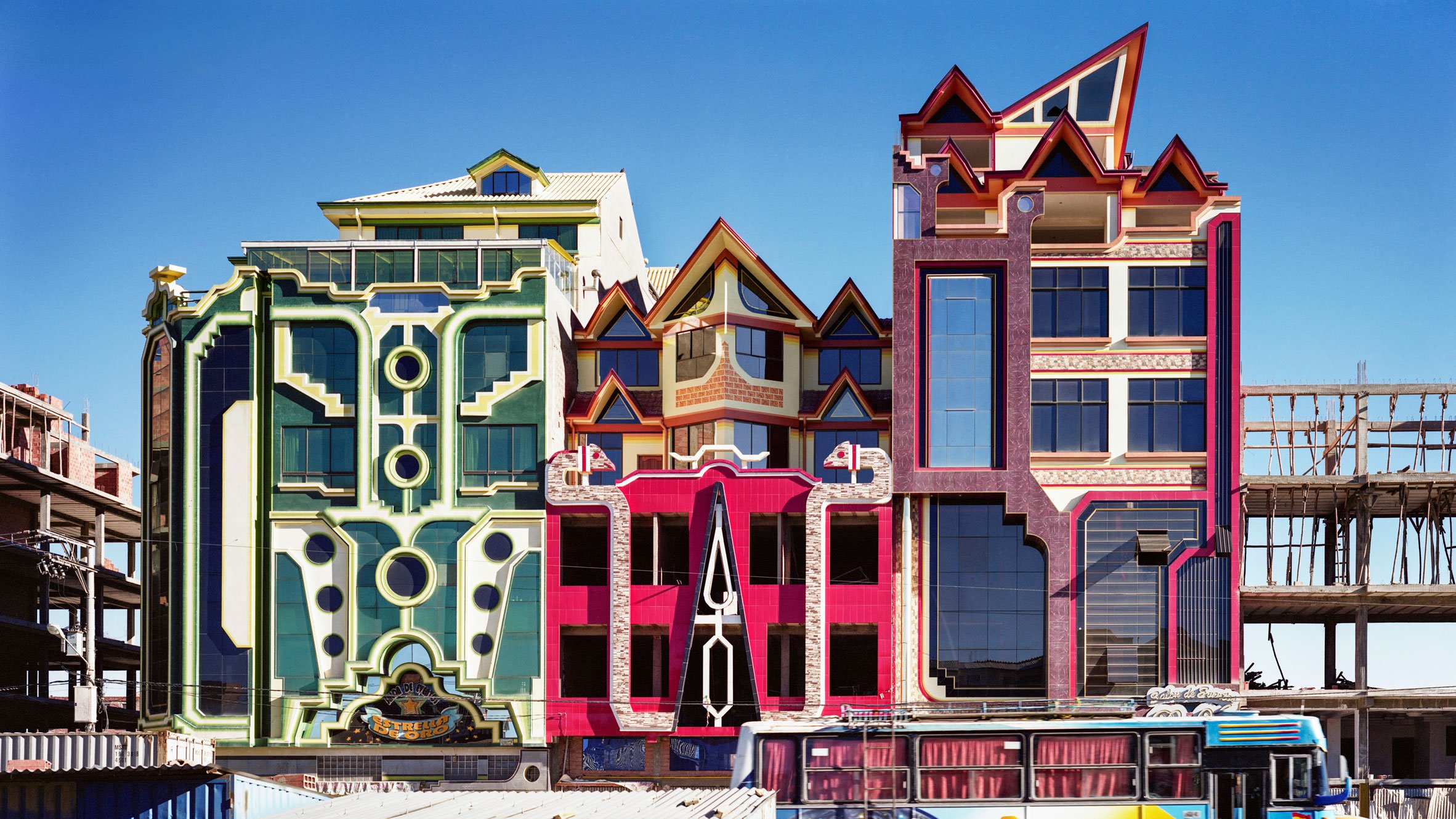 Bolivian architect Freddy Mamani is aiming to imbue culture, colour and personality into the "monochrome" city of El Alto. 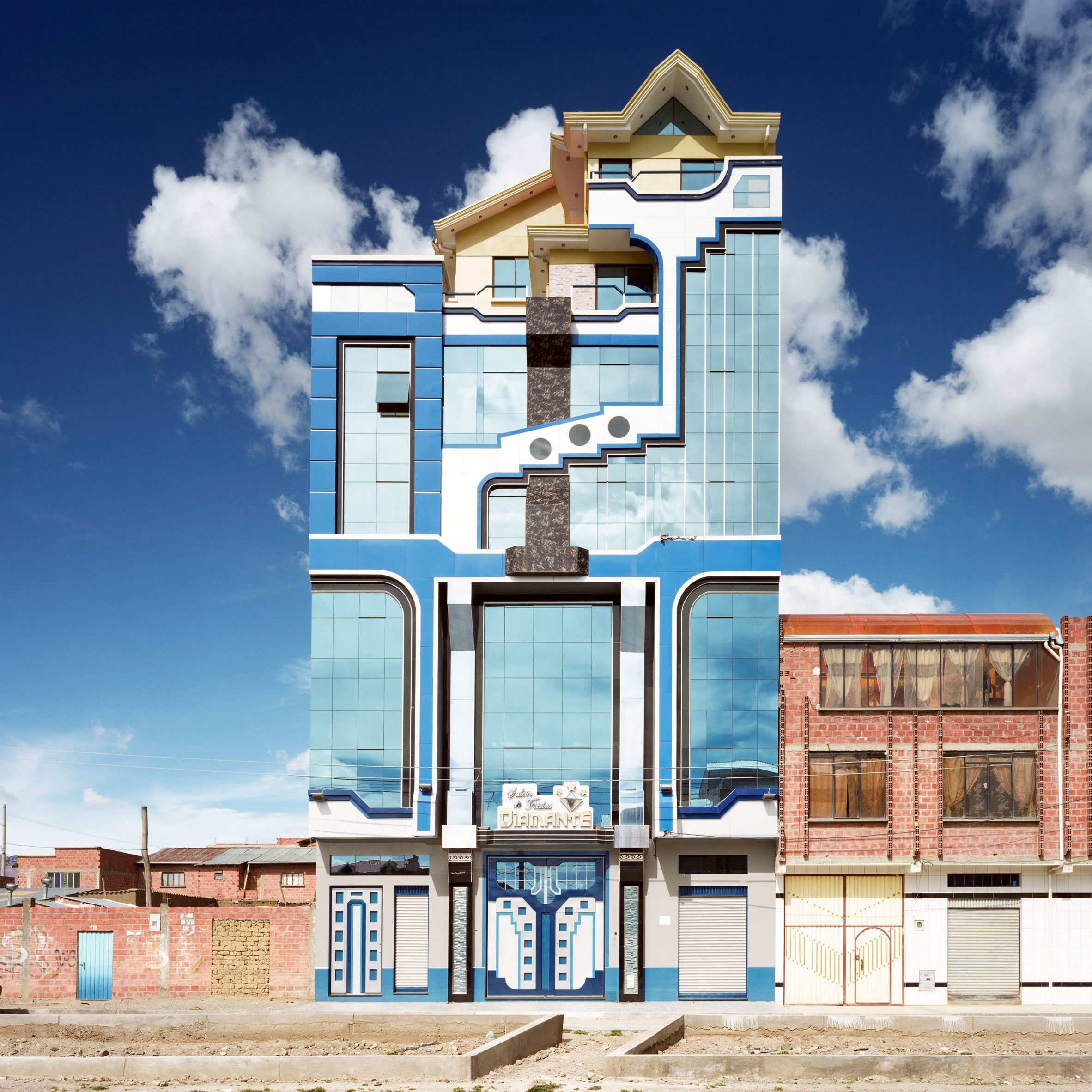 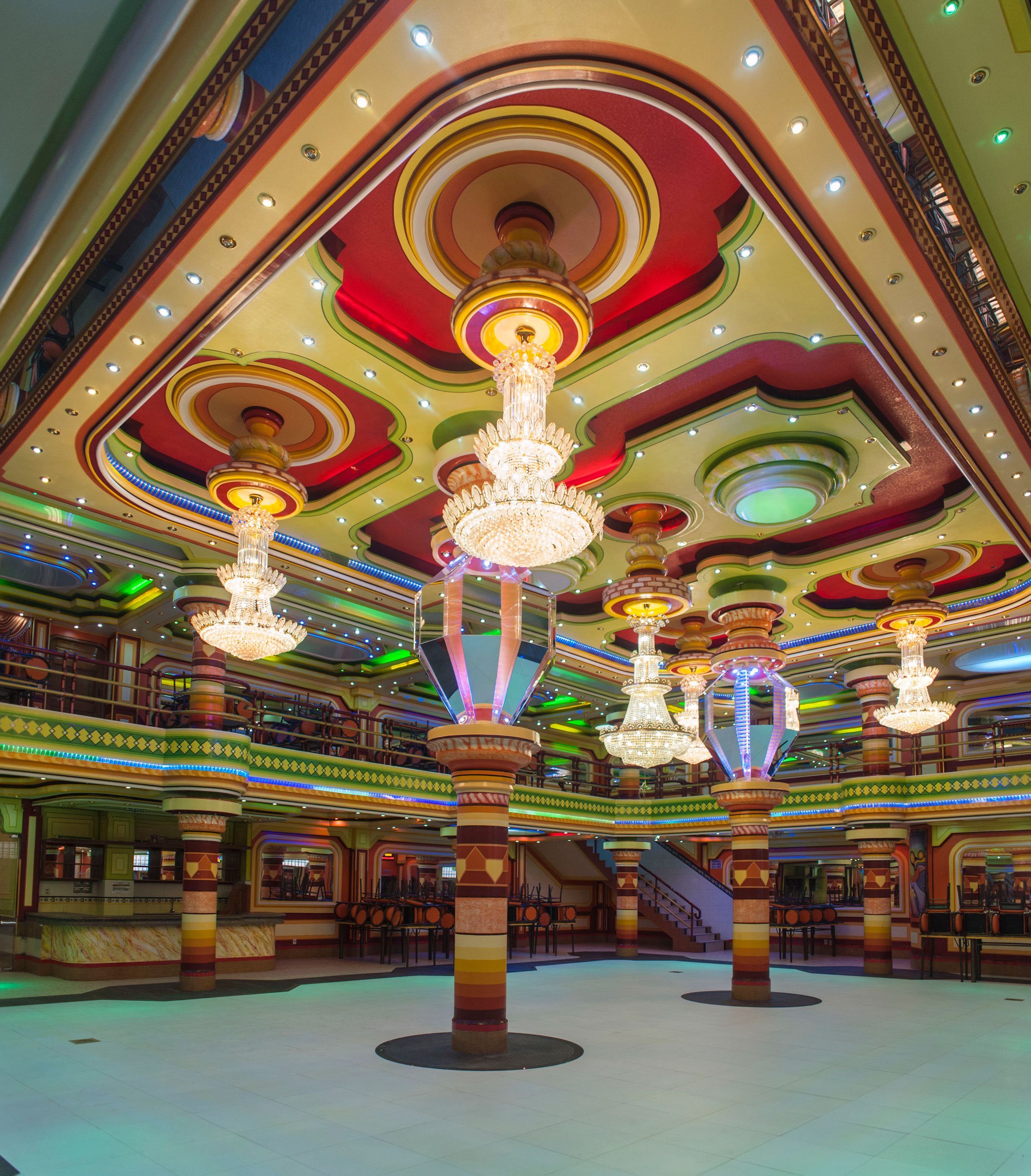 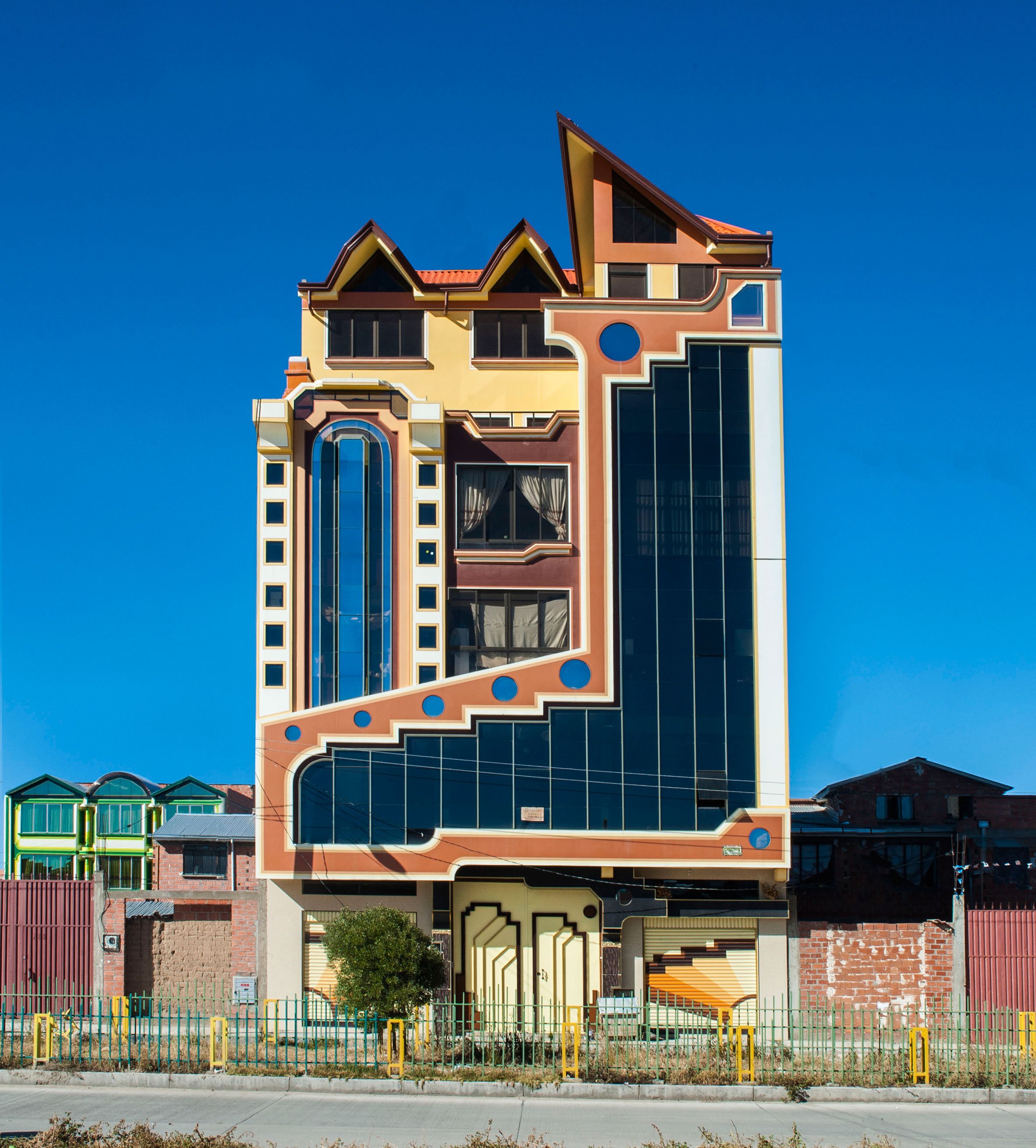 that middle photo feels like living inside a pinball machine.

wild greens said:
Liverpool was the worst hit and is beautiful now but was a fucking mess 70s-80s
Click to expand...

I guess my question was more: what type of look (architecture) does a city have when so much of its history is destroyed. What does a city that's, architecturally speaking, largely all post-war look like? Is there a style that dominates? Does it feel weird to not have any 80+ year old buildings around?

Horrible examples in this thread, apart from the Bolivian dude. Now I'm getting older I have realized that Roger Scruton was basically right; 99% of everything built after WWII and 75% after WWI are done in some kind of psychosis. It is really is incredible to comprehend. 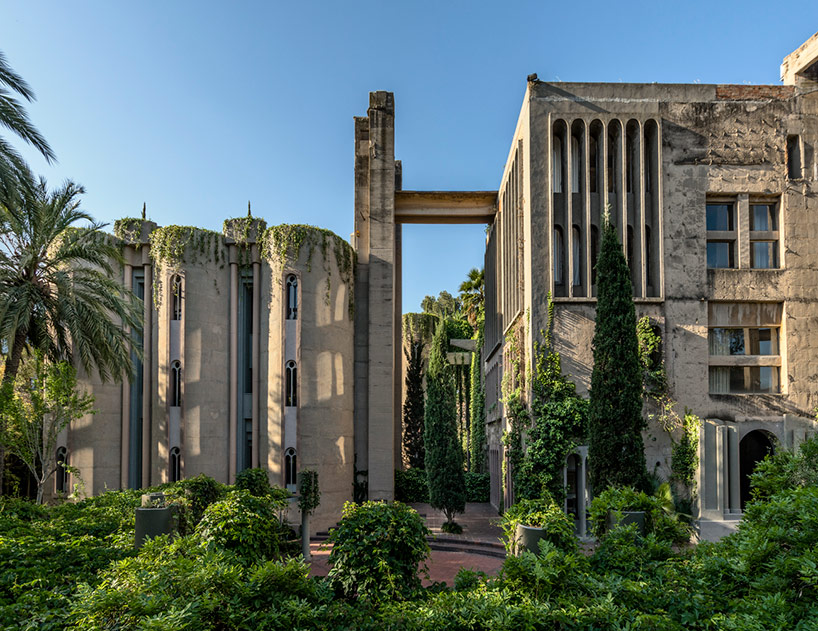 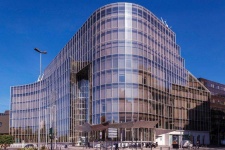 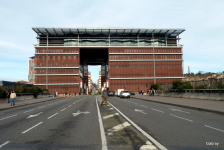 continuing on an owen hatherly tip, always striking to see recently built public buildings in bits of europe where the state (or even the municipality as it is in france I think) has money to throw at them. these are respectively the new-ish public libraries in bordeaux and toulouse. it's a big contrast to the NYC ones we've been posting in this thread in that you can actually go inside them, those new york ones are for very small groups of very rich people to work or live in only. in the anglo world this sort of feels like it's beyond the end of the imagination, that such things could be built for the general public, i think they provoke different kinds of feelings for that reason
S

Leo said:
funny, I described it as a transportation hub and you called it a shopping center with subway lines. I was surprised I liked it, just imaged it would be some typical shopping mall but it has a pleasant vibe. again, maybe I'm just projecting the Matthew Barney element to it but think it's kind of cool inside.

btw, I don't know one NYer who has been to the 9/11 Museum, I've never even walked up to the memorial footprint of the towers. I agree, based on photos I've seen, that part is much better done than expected.
Click to expand...

the museum is shite. absolutely no recognition of what america did in response to 9/11, which is the most important part of the story i think. the memorial though i'd have expected to be similarly patriotic. but its not. its an evocation of mass death and the pointlessness of that kind of violence.

IdleRich said:
This sort of lego bricky piecemeal type thing like in the first ones I posted is one of the few ways you can make buildings look totally new so it wouldn't surprise me to see quite a lot of it in the future. By the time we realise we're bored of it there will be so much in construction that we're gonna be swamped.
Click to expand...

It's all over the place now. Blame Rem Koolhas and the lot

Leo said:
I guess my question was more: what type of look (architecture) does a city have when so much of its history is destroyed. What does a city that's, architecturally speaking, largely all post-war look like? Is there a style that dominates? Does it feel weird to not have any 80+ year old buildings around?
Click to expand...

I recently visited Dresden which was the victim of a horrendous British attack involving phosphorus bombs, and the touristy bit consisted of rebuilt, reconstructed historical buildings, supposedly hundreds of years old, huge monoliths with golden statues perched on their roofs just like the fake reconstructions you can see in the "museum island" area of Berlin, but the stonework at their base was purposely uncleaned of the blackened scorched traces of the British barbarism... but once you cross the river to the area where all the record shops are ( the "new town" ) then there were various courtyards you could wander into where there were surprises like: 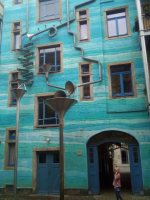 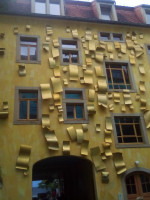 @RWY has posted some good stuff on architecture in the past.


RWY said:
The Netherlands is concurrently a very different place (at least spatially) from Britain, yet it feels far more familiar culturally than, say, France or Germany. It successfully implemented modernism as a method of social organisation in the form of architecture and urban planning in a way that we, by all accounts, failed miserably at. Burial's music is normally talked about as an artistic reflection of the lived experience of the failure of this project i.e. the tragic experiences that we've touched upon in the Grim Britannia thread that state-sanctioned modernist architecture gave rise to and which Mark Fisher/Owen Hatherley dedicated their careers to examining. The Netherlands, on the other hand, appears to be a country where this project was implented on a far greater scale (due predominantly to the wider extent of physical destruction the country was subjucated to during WWII) and where it seems to have worked - I'm not aware of the total social breakdown and visual dilapidation in the Netherlands of the kind the UK experienced from the late 1970s - mid 2000s. Maybe some academic marxist/economist types will have explanations for why this was but for me, from my own experiences and from what I've read at least, the Netherlands seems to have got it right where we got it so very, very wrong. On the other hand, the success of the Netherlands model lends to itself it's own air of sterile melancholy, and it is this feeling which I believe Legowelt's music best articulates.
Click to expand...

RWY said:
If that makes absolutely no sense to anyone, I suggest booking an interrail ticket and spending a week travelling around the Netherlands rail system and walking around places like Almere whilst listening to Legowelt on repeat.
Click to expand...

I'm liking this one recently Yep, the contractors have taken possession of the site (which was previously being used used by Network Rail as part of their step-free-access works) and preliminary work is underway.

i watched it forming from the northbound overground platforms at finsbury park as it beamed down like a lego stop motion over the past couple of years, transforming also bits of the rail network - the usual story of bright modernisations cyborged onto the existing crumbly ancient infrastrictures

now i get this sort of view from platform 6 & 7 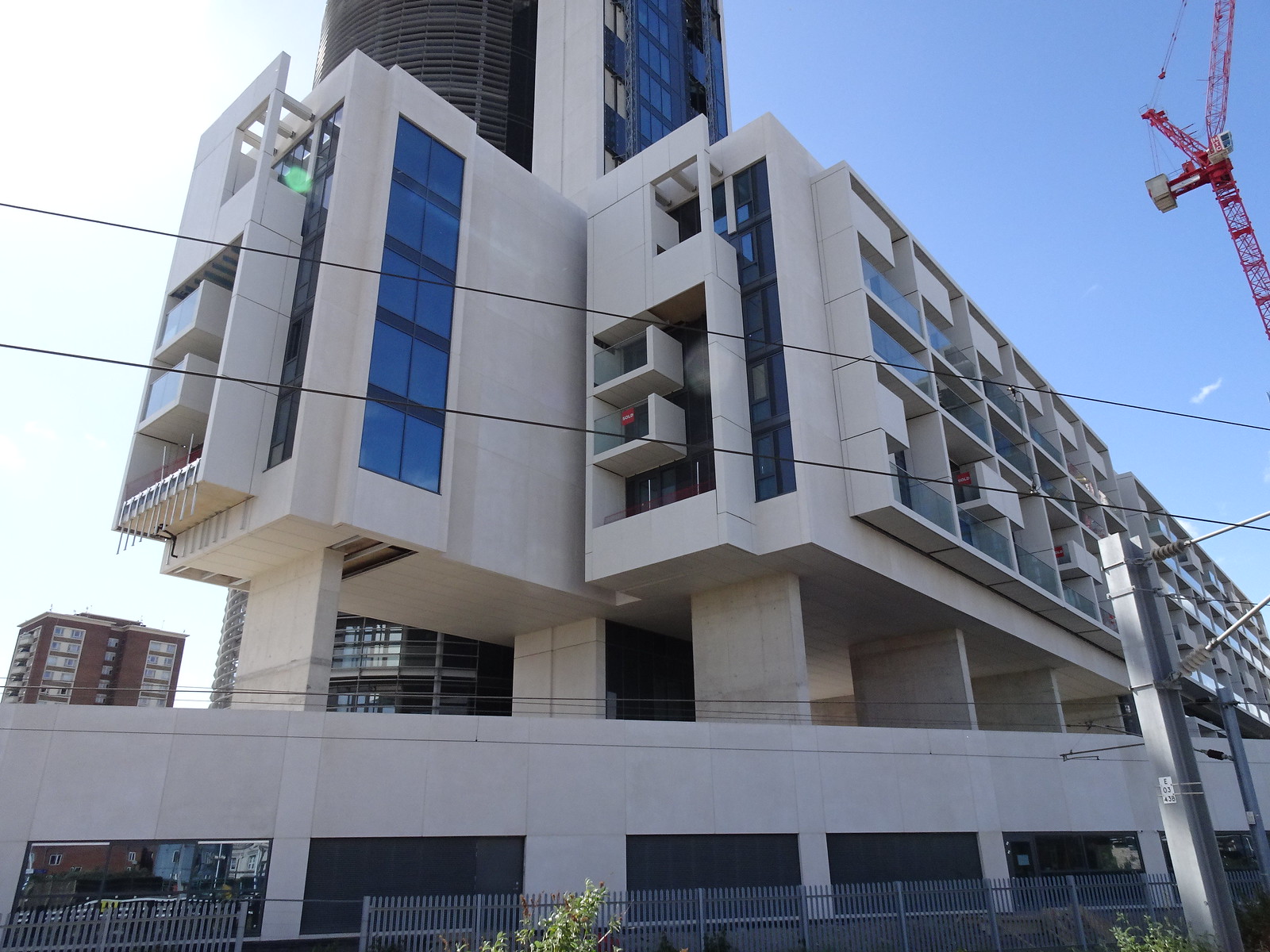 in wintertime uplighting projects skeletal tree shapes obliquely across the undersides of this stilted protrusion, which almost overhangs the station, i dunno whether that effect is intentional but it's a great look

down the other end of the station massive vents face the platform directly across the rails, like the building is straddling the station to drop a huge fart while architectural shapes like cylinders and intricately balconied terraces extrude in other directions

I have to admit that I didn't take many photos when I was in Berlin, but of those I did, this one near the fake "Checkpoint Charlie" is my favourite: 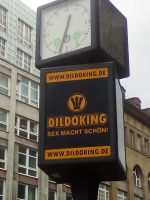 wild greens said:
Liverpool was the worst hit and is beautiful now but was a fucking mess 70s-80s
Click to expand...

Leo said:
I guess my question was more: what type of look (architecture) does a city have when so much of its history is destroyed. What does a city that's, architecturally speaking, largely all post-war look like? Is there a style that dominates? Does it feel weird to not have any 80+ year old buildings around?
Click to expand...

Lisbon famously flattened by earthquake in 1750 so no architecture before that... though perhaps that is not as significant if you're from the US.

been watching these get built over the past couple of years on the north brooklyn waterfront. this is something that happens in nyc that i don't think happens in london, that whole area was low rise even five years ago, and now there's a load of massive towers like this. new people about in the area obviously, coz the kind of people who like this stuff are not the same people who like living in old houses where you have to take your own bins out, with the cockroaches at night and lugging laundry to the laundromat, which is most of what you get round there.
Click to expand... 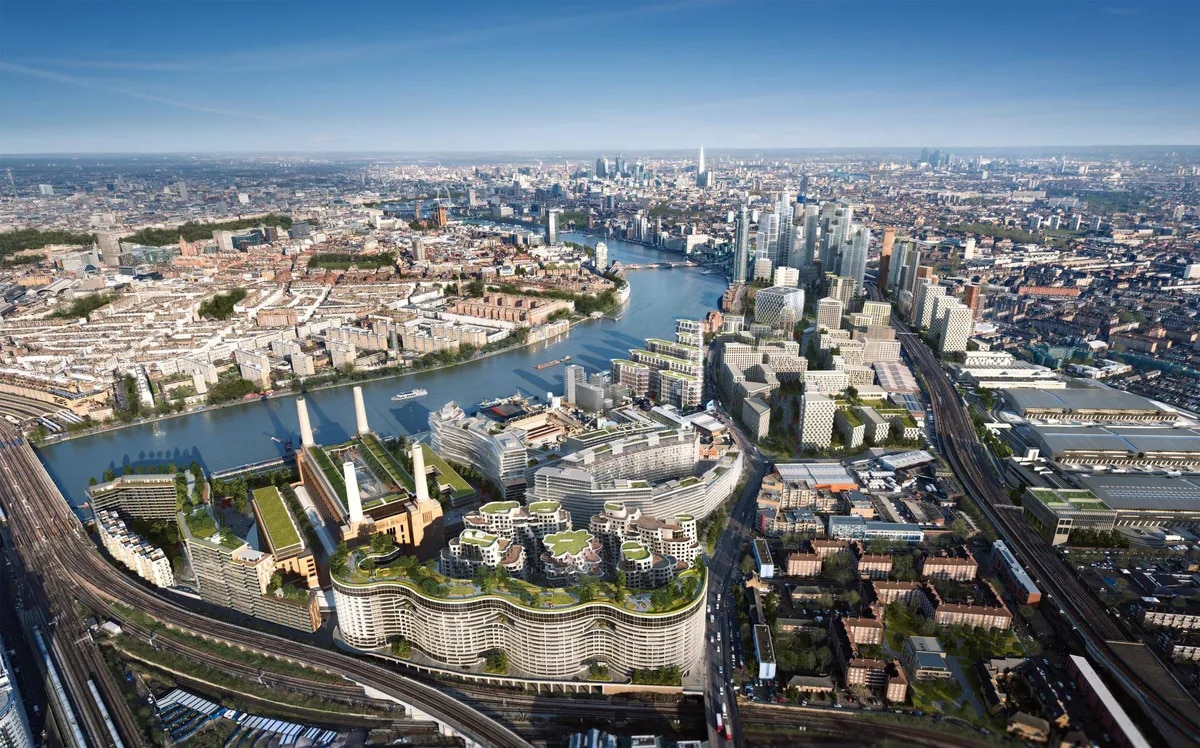 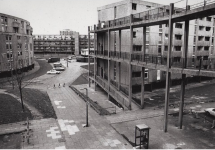 Streets in the sky
a place where you could score
and get high
without your feet touching the floor
Last edited: Nov 30, 2022

Easily one of London's most singular buildings.
Last edited: Dec 1, 2022

IdleRich said:
Lisbon famously flattened by earthquake in 1750 so no architecture before that... though perhaps that is not as significant if you're from the US.
Click to expand...

Same as Copenhagen (because of fires and the British Navy). That's no problem. If is was after WWII it would have been a modernist hellscape.
S

yeah i guess its the same kind of thing. the difference i think (although to be honest i don't know anything about london, maybe i'm wrong) is that in nyc this kind of development is happening all over the place at once. i can think of five or six bits of town where multiple massive residential towers are going up at the moment - greenpoint, hunters point, mott haven, fort greene, downtown brooklyn.

greenpoint in particular is interesting because it's, i don't know, maybe six towers that have gone up in the space of five years in a previously low-rise bit of town, all residential, probably a couple of thousand people living in each one. i've never seen it first hand before where a neighborhood gets changed completely through construction, though i know its a process that happens all over the place now. probably the most striking thing is how its something that's imposed from the top, you can't do anything about it, the place you live is going to be totally different and that's that.

there's a ton of parallels between anti-gentrification and anti-immigration sentiments i think, in that both of them are about who gets to live where

there's nothing unique about new york. what is happening there is happening in every major city in the west driven by the same forces.
S

luka said:
there's nothing unique about new york. what is happening there is happening in every major city in the west driven by the same forces.
Click to expand...

yeah but there are differences between them as well. paris for example has the same forces acting against it but a load more constraints acting against them, not that i know it particularly well. but you basically can't build high-rise there and you also can't turf people out their flats or raise their rent very easily.