I finished Libra earlier, thought it was great. The final section with Oswald's mother talking to a judge spliced with scenes from Oswald's funeral hit pretty hard.

Staff member
I've read some George V Higgins. Mark E Smith was a fan. I wouldn't bother now but I enjoyed it at the time.

I really liked DeLillo's description of the Kennedy assassination as "the seven seconds that broke the back of the American century”.

“He'd once told me that the art of getting ahead... was based on learning how to express dissatisfaction in an interesting way. The air was full of rage and complaint. People had no tolerance for your particular hardship unless you knew how to entertain them with it.”

He's got a new one out in October called The Silence.

Well, you'll be betting me a signed copy of the book then as I've pre-ordered you a copy.

Staff member
whats really embaressing about Don is he reveres his own ideas. ideas are meant to be thrown away. youre not supposed to stand around gazing at them

I think he's the writer I'm most torn by because he's kind of awful and so deadly serious it's hilarious, but then the stuff he said about terrorism and media and whatnot was spot on, imo.

Yeah, totally. He talks exactly as he writes too. I'd assume it was an act, but he's kept it up for like fifty years so maybe that really is just him.

Someone recently described him to me as a beach read and it sounded about right.

Staff member
If you have an idea. put it on dissensus. get it out your system. dont write a whole fucjking book about it.

DeLillo's The Names is something special. Have you read it @version? I was iffy on endzone, opposed to White Noise, and loved Underworld's prologue but got lost in its middle act, somewhere around page 300. But The Names is beautiful: thematic, less pretentious-feeling than when DeLillo inserts nuclear-speak in footballers' mouths; the characters are bizarre but feel real.

Don't know The Names. Not read him for years in fact. Maybe I should go back and reassess - or would that be a retrograde step?

Try out The Names, maybe. I like getting the flavor of the Mediterranean—only been to Greece for a few weeks, and spent a some in Turkey, but the arak/ouzo long dinners... side platters getting brought out... all the fava beans and oiled garlics... the slices of melon. Warm windswept nights of talk under terraces

Nah, but it's one I'm keen to read. It's often marked out as the transition point before he becomes "DeLillo" as it's the one before White Noise. I think it might be the only one which isn't set in the US too, so it's a bit of an outlier in that regard.

I read an excerpt of the new one the other night and it was okay, nothing special, but I'll probably read it at some point.

Staff member
Interviewer: Let’s talk about American Tabloid. Tell me about the Kennedy assassination, and the FBI, and America in the 1960s.

Ellroy: I had read Don DeLillo’s novel Libra, and it blew my mind, fucked my soul, and scorched my sexuality. I felt that, holy shit, now I’m tremen-dously interested in the Kennedy assassination, but now I can never write about it—because the book is just that seminal. Then I began to see that I could write a novel where the assassination would be but one crime in a long series of crimes. I wouldn’t even have to use Lee Harvey Oswald, who DeLillo portrayed so brilliantly. I began to see that all the harbingers of the assassination started to percolate in the late 1950s, and that I could write an epic-length novel about government/criminal collusion with a huge cast of characters. I knew the historical elements I wanted to co-opt: the CIA and their war against Castro’s Cuba; the Bay of Pigs invasion; the Kennedy as-sassination; Jimmy Hoffa and the Teamsters; Bobby Kennedy’s war on orga-nized crime; J. Edgar Hoover; Howard Hughes. I realized that these people were all in bed with each other, and more than anyone else, it was Joe Ken-nedy who got his son killed—because it was Bobby Kennedy’s Oedipal dra-ma that resulted in Jack’s murder. Bobby had a strong moral sense, and he understood that the gangsters he was chasing were his father once removed. As I started writing the book, I realized that this isn’t just one novel. This is a trilogy about America between the years 1958 and 1973. I’m going to write an epic trilogy that nobody else would have the stones or the patience to write. 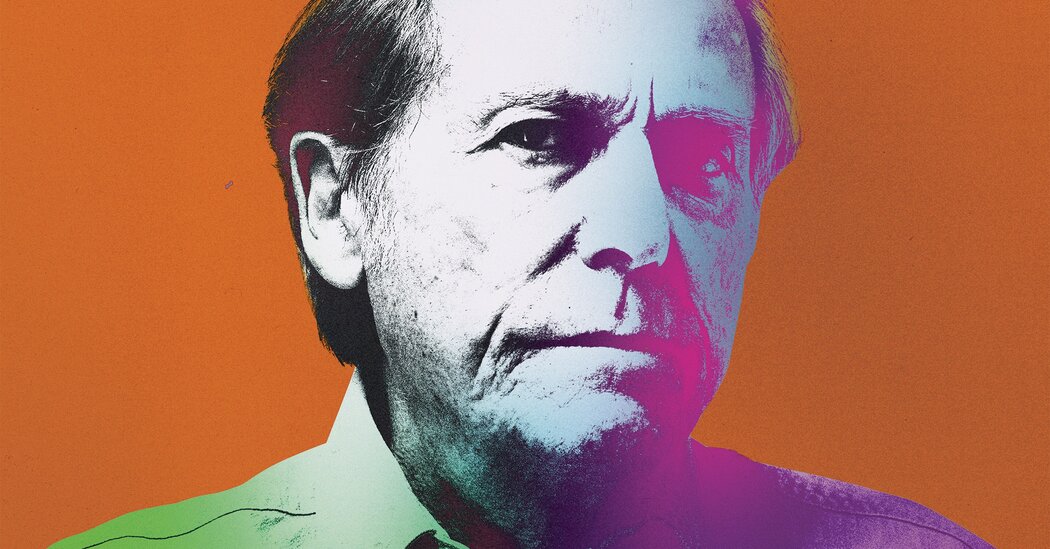 We All Live in Don DeLillo's World. He's Confused by It Too.