I've just finished Renegade Snares – The Resistance & Resilience of Drum & Bass by Ben Murphy & Carl Loben. It's pretty good. Most of it is concerned with the 1990s, proper dnb history, which is at it should be . (That's in contrast to DNB Arena's dire The Movement documentary, which gets a disparaging mention.) They also take a pointedly anti-racist stance which is good to see, especially in light of DNBA's ahistorical whitewashing mass of young white guys.

From my own perspective: It could have been twice or three times as long (for more detail about everybody). And I'd have liked a chapter on the dnb leftfield: Reinforced 1996-99, Droppin' Science, Partisan, Offshore; Danny Breaks, Arcon 2, Paradox, Icarus and suchlike. But there you go.

@subvert47 I read the stock book without much enthusiasm. Shon’s book is better and more useful.

catalog said:
the one where he explains the stoned ape theory? any good? i've listened to loads of his talks but never actually read owt by him
Click to expand... 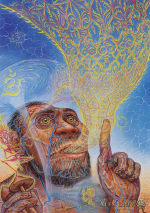 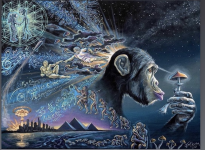 Just got this book City of Night through the post, supposed to be a cult classic and all that and I really have no particular opinion on The Doors so I thought I should read it at some point anyway.

Obviously a fair deal of research went into this, but what’s great is the author decided to chuck in a completely bonkers Gothic/Newgate-novel plot with trapdoors, religious maniacs, highwaymen, swooning maidens, quack doctors injecting people with t’plague, anti-lockdown mobs attacking watchmen, buried treasure, tough blacksmiths, and rapey aristos (including Charles II) trying to deflower chaste teenagers. And yet the descriptions of the plague pits and the Great Fire are some of the best I’ve ever read. Not sure about his sense of distance, though.

Never heard of that but that description makes it sound fantastic. Tell me more about it, why is it obvious that so much research went into it?
What's a newgate-novel for that matter?
M

IdleRich said:
Never heard of that but that description makes it sound fantastic. Tell me more about it, why is it obvious that so much research went into it?
What's a newgate-novel for that matter?
Click to expand...

Basically melodramatic Victorian pulp about highwaymen, housebreakers, master criminals, etc, getting up to no good. Usually end with the anti-hero being carted off to Newgate Prison or hanged by the neck, while his love interest cries out and drops dead of the vapours.

It's a funny book, he cites his sources at regular intervals (not just in the foreword), so you're getting this detailed info on how the plague spread and these real eye-witness accounts...then suddenly it cuts back to some lord disguised as a plague doctor trying to get into a girl's bedroom with a rope ladder.

Nice one, you learn something every day eh? So this was the name for this genre that was created in the Victorian era - but nowadays people still write them or at least pastiche them, and the same name is still used?
M

IdleRich said:
Nice one, you learn something every day eh? So this was the name for this genre that was created in the Victorian era - but nowadays people still write them or at least pastiche them, and the same name is still used?
Click to expand...

I'm not aware of any of this stuff being done now, I guess it'd be a bit too knowing? (and invariably crap?) Though highwayman romances are apparently still big sellers.

Oh right, I had totally assumed that this was a modern take on the genre, not sure why.

i've been reading one of those enormous tombstone biographies, this one's of robert graves, it's like all those biographies, largely quite boring but some funny bits like where him and his wife try to scrape a living after the war by opening a shop in a hut in a field in oxford. early impressions suggest that his muse/mistress/prophetess figure laura riding is more interesting than him. i'd buy one of her books of poems on spec if i saw one i think.

Re-reading The Good Soldier - I live the slow reveal as layer after layer is stripped away to reveal the vileness beneath the veneer of respectability- it’s like an act of literary archeology.
Second volume of Musil’s Man Without Qualities - epic MittelEuropa classic set in Austria just before the start of WWI - nothing moves fast in this, lots of philosophical ruminations - I’m guessing it’s an influence on people like Thomas Mann (I’ve only read Death in Venice of his)
Just started the Booker winner The Promise - I don’t usually bother but a friend whom I trust really rated it - she had lived in S Africa so I wonder if it had deeper resonances.
I’m also re-reading a load of Allen Ginsburg because he was an early gateway into Blake for me and I do love a bit of hippie shit.
S

just finished reading this thing called Blindness: A Novel, based on Ash Sarkar recommending it (on a website, she's not my mate, though i'm totally up for it if you're reading this Ash, but you have to introduce me to wiley at some point if we're going to do it).

its about an epidemic. i really liked it. i downloaded a dodgy epub file which for some reason had no table of contents or anything like that, so i had no idea when it was going to end, which actually added quite a lot. i had also forgotten the name of who wrote it which meant that i had no idea which country it was set in or which language it was originally written in, though it was pretty clearly a translation. the writing style is fairly modernist, i don't think there's a single paragraph break in the whole thing, no chapters, no speech marks, punctuation is essentially just full stops and commas. but nice and readable nonetheless, not an impenetrable thing as the above might suggest.

its really nice reading books, i like it, reminds me of being a kid

the stuff that happens is quite bleak, but there was also a bit of optimism in there as well. i was thinking about how there is this thing in some american literature of accentuating the bleakness and hopelessness. The Road was the thing that came immediately to mind, in comparison to this book, but i guess Bukowski, Chuck Palahniuk or however you spell it come to mind as well. i think when i was a teenager i would have told you that i like that kind of desperate thing, that unremitting descent into the abyss, the darkness of human nature, but actually i would have been pretending i think. i definitely don't get much out of it anymore. so appreciated that there was a bit of humanity in this book as well, which also, to be honest, rang more true than eg humans eating one another.
S

i guess what i'm trying to get at is that this book has a kind of forgiving, understanding, and fairly sunny idea of what human nature is like, whereas a lot of other books and films that deal with disasters tend to make the point that 'when the chips are down human beings will sell their own mother to survive', which i don't think is really the case in real life

I think it sounds like you’re talking about this: https://en.m.wikipedia.org/wiki/Blindness_(novel)
S