luka said:
ive read a bit since not reading for a year or so. i read maiden castle by cowper powys. liked that a lot.
Click to expand...

How does it compare to A Glastonbury Romance?

wake up swallow the packet of co-codamol, have a red bull, get down the pub. dont even like it, just do it anyway for comedy value.

Mr. Tea said:
How does it compare to A Glastonbury Romance?
Click to expand...

i would say its not far off it. ive read three now, weymouth sands was inferior, but maiden castle is very good imo. very good.

the character of charlie the honorary cousel is the one that stays with you. the protagonist is a non entity. charlie is immortal.
V

I haven't read any Greene yet. The one I'm keen to get hold of is The Comedians.

Set in Haiti under the rule of François "Papa Doc" Duvalier and his secret police, the Tontons Macoutes, the novel explores political repression and terrorism through the figure of an English hotel owner, Brown. 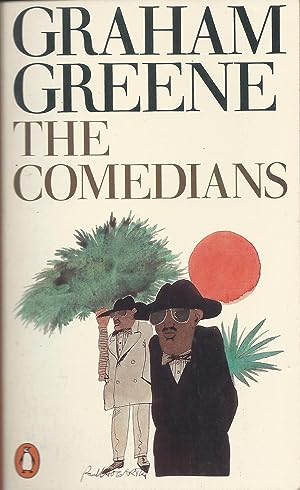 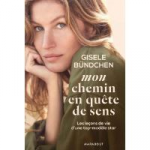 reading this, mostly coz it's easy peasy french and i need the practice. gisele is a brazillian supermodel apparently, i'd never heard of her either, i think i came across this coz there was a story in the new york post or something.

the only interesting thing i have to say about it is, as with so many things, and as i've probably said many times in this thread about music, the 90s in particular seems like an especially bleak time to be involved in this kind of big money cultural production. the whole thing sounds absolutely shit for her, a 14 year old girl from a village literally picked up by a talent scout at a mall, the machine sucking everything in with no boundaries and no remorse, when she's 18 she's on high fashion catwalks scared with her tits out.

The comedians is good. Post your name and address here in the thread and I'll send you my copy

Mr. Tea said:
How does it compare to A Glastonbury Romance?
Click to expand...

IdleRich said:
I think I'm right in saying that the Maltese Falcon which was also by Hammett, has been filmed (at least) twice. The first version (which I've never seen, has anyone here seen it in fact? @DLaurent maybe?) was filmed before the Hayes Code was in place and presumably it contained some things which would have counted as too strong for the very famous version which came out a few years later starring Humphrey Bogart.
Click to expand...

Not seen it sorry. Might do though. Still obsessed with film noir.

Yeah, of course. It's not a hard read, just very long. I liked it.

DLaurent said:
Not seen it sorry. Might do though. Still obsessed with film noir.
Click to expand...

I reckon it's not much seen now

Hugely entertaining and readable. Highly recommended to all, and to @luka especially.

Hugely entertaining and readable. Highly recommended to all, and to @luka especially.
Click to expand...

Surely you must be re-reading it, Mr Tea?

I thought as a physicist you'd have read all Feyman's books years ago?

I remember it being very entertaining, especially the chapter about lock picking, but the memory of my enjoyment has been rudely and retroactively ruined by something I read recently that alleged he was sex pest and should be cancelled, and as evidence they mentioned a passage from it where he is admiring a woman in a swimsuit... I can't remember anything like that, and prefer to remember it as a witty and amusing memoir....
D

luka said:
The comedians is good. Post your name and address here in the thread and I'll send you my copy
Click to expand...

Frightened I'd get a turd through the post. Almost tempted to roll the dice though.
D

Actually it's not worth it. I'll get it out the library.
D

william_kent said:
they mentioned a passage from it where he is admiring a woman in a swimsuit...
Click to expand...

Hugely entertaining and readable. Highly recommended to all, and to @luka especially.
Click to expand...

He played the bongos if I'm correct

woops said:
He played the bongos if I'm correct
Click to expand...